Hello, just wondering if anyone has had the same experience as me and if this is possible.

I went for an early scan today as I had bleeding 12 days ago. I am not 100% about my dates but judging by my LMP I should be 10 weeks 3 day however scan is saying 7 weeks 5 days.

If I am truly 7 weeks 5 days that would mean I conceived 34 days into my cycle. I have been tracking my last 3 cycles and they were 31/30 days. Is it even possible to conceive that late in your cycle?

I put myself at around 9 weeks minimum and according to these days the bleeding I had would have been at 7 weeks + 5.

I am worried the baby has stopped growing when the bleeding happened and even though there is a heart beat it’s not a good sign. I know they will not give me another scan as the bleeding has stopped so I’ll be waiting another 4 weeks to know if everything is okay.

Has anyone had any experience with dates being behind 2/3 weeks? 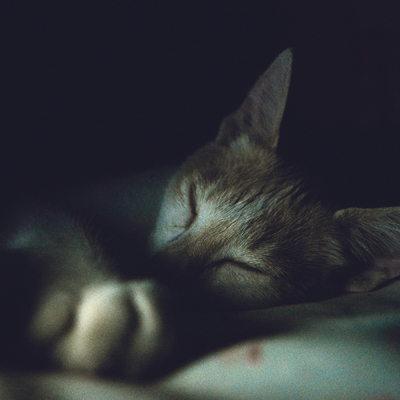 Shaz92
To view profiles and participate in discussions please or .
9 Replies
•

I didn't have an early pregnancy scan but my first baby based on my estimations she was due on 1 July but then at 12 weeks scan they pushed me back to 29th July. I then had to be induced 25 July so you can be pushed back and everything will be fine. Hope everything goes well for you

Shaz92 in reply to Beaglr

Thank you, I hope so too x

Hi there, not had exactly the same experience but I had an early scan at around 6.5w which put me several days earlier than I'd expected. I then had a private scan at 10/11w which put me several days ahead - in all there was a 10 day difference between the dates measured at both scans. The lady at the later scan said when the scan is early it's not always as accurate. I then had a scan at 12w which confirmed the second one. So possible that your dates are a little out but not to the extent that it currently seems?Maybe worth considering a private scan in a few weeks if that's an option for you to give you peace of mind. Although it's a great sign if there is a heartbeat and I'm sure they'd have asked you in for a follow up if they were at all concerned.

Thank you for your reply, it is possible I ovulated later as I wasn’t tracking my ovulation, I just thought I’d be at least 9 weeks (if I ovulated day 23). Maybe the scan is just a week or so out and all is well. I will see how I go but with it constantly being on my mind I think I’ll book a private scan in two weeks.

I went for my dating scan 12+1 after the first day of my last period and was dated as 9+3. I then went back again when I would have been 12+6 by the new dates and was re-dated as 13+5. I wouldn’t worry, it could just be that you ovulated late that particular month.

Thank you for your reply, it’s interesting how the dates change, I thought they were more accurate in the early stages. I think it’s possible I ovulated late and the dates of the scan are out by a week or so. Well I’m hoping that’s the case.

My doctors said the scan may be out by a 2 weeks or so. According to your long period 30-31 day,I think it's absolutely normal for you. But I didn't get about bleeding, did you have it after got pregnant?

Shaz92 in reply to JaneVe

JaneVe in reply to Shaz92

Look, what I understood,from my experience,that it was menstruation because of late ovulation. If it finished and you feel good it's your normal symptoms.And read a lot how girls didn't knew about pregnancy as they menstruation going usually but after gave a born healthy child 🤗

am meant to be 7 weeks pregnant + 4 days. I have just been for a private early scan and they could...

I had a miscarriage last year, and was told that when I was regnant again and at 7 weeks, I...

Early scan and no heartbeat

been referred to NHS for a scan in a week.

I have had no bleeding and never had many symptoms but...

I'm 5 weeks pregnant and have been referred for early scans- one at 7 weeks and one at 9 weeks. I'm...

Has anyone had a scan as early as 8 weeks

I've been sent my scan date for 8th January, I will only be 8 weeks 4days. I'm not sure if I'm being