Has anyone else felt like this? I miscarried late last year & the main part I remember about that pregnancy was how horrendous I felt with constant sickness, sore boobs & extreme tiredness?

I’m 100% pregnant, took 4 pregnancy tests (I know one positive is enough, just felt like I needed to take more - all of them had thick clear lines & the digital one confirmed ‘pregnant’

I think I’m just over thinking, as I can’t remember feeling normal in my previous pregnancy. Just wanted some reassurance I suppose that I ain’t the only one not to have any symptoms. 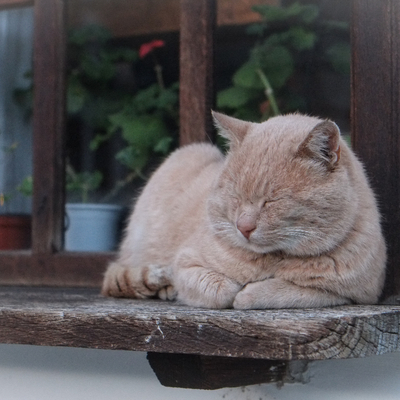 Errxo
To view profiles and participate in discussions please or .
11 Replies
•

Hope everything goes well for you

Aww - thanks for your response. I’m just over thinking I think, being in lockdown & with all this time of my hands doesn’t help I don’t think lovey.

I never had any symptoms, until I had my scans and felt baby kicking I didn't feel pregnant at all!

Sometimes I feel a bit like I missed out on morning sickness or other normal pregnancy symptoms etc. but then I feel really lucky that I felt so well when you see how horrid it is for some people.

My baby is 9 months old now so no symptoms definitely didn't mean anything for me.

I had zero symptoms until I was 20 weeks. No tiredness, no nausea or sore breasts.

I didn’t have symptoms on both my pregnancies till after 8 weeks. Try not to worry hope all goes well for you x

My first pregnancy ended in a missed miscarriage, I had nausea from about 5 weeks and absolute exhaustion. I'm now pregnant again, just over 16 weeks and had much less nausea, and it didn't really start til 7 or 8 weeks, it was also not as bad.

Aww! I’m exactly the same, the sickness has said hello this time around but absolutely nothing compared to last time thankfully.

I didn't have any symptoms except minor ones,but haven't been sick once. I don't think I really had anything around 5 weeks. Now 23 weeks x

I'm 16 weeks and had zero symptoms, I was also worried but I was reassured that I was just lucky.

In my first pregnancy I had no symptoms atall other than the baby moving. A little heart burn right near the end. Otherwise I had a pretty easy ride pregnancy. This time round, Ive had what I thought was a mild stomach bug for about a month. Weekly cramps as if I'm going to come on my period, indigestion and a bit of acid reflux. I'm 9 weeks so I haven't had a scan yet. I'm just hoping all is okay!!

I had no symptoms til week 7. That day I commented I hadn’t had any morning sickness, and wondered whether I should be worried. Less than half an hour later I made some toast and the smell made me throw up. I didn’t stop til well into the 3rd trimester 🙈

Hi all mothers to be/ pregnancy gurus

I am now 6 week pregnant and have experienced slight nausea,...

I’m 5 weeks pregnant tomorrow and I went to the toilet this...

have had. The day I took my home pregnancy test I got sore boobs which got really swollen and...

found out I’m pregnant on Monday after 6 months of trying and I’m so happy! This is my first so I’m...

I've just found out I'm pregnant which is a dream come true. However I've been really struggling to...

IVF ladies - when did you stop progesterone and estrogen?