Hi is the forum still active for Acute lymphoblastic leukaemia on this site. I can only see CLL posts. 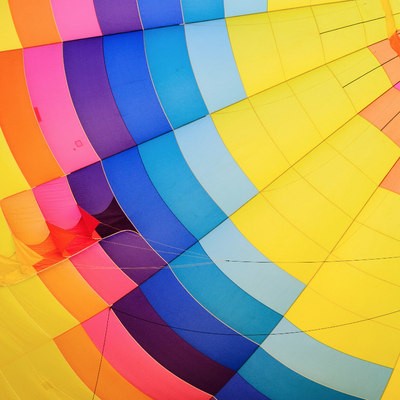 Cyprusfan
To view profiles and participate in discussions please or .
Read more about...
18 Replies
•

Yes of course, we are a mixed group with different bloodcancers. Thanks for posting how is your son doing and how are you?

I am sure others will be in touch soon. ALL posts tend to be less frequent than CLL and others.

Whats on your mind?

Cyprusfan in reply to Hopeful123

We were hoping Nicholas would have his bone marrow transplant 12th December. Bed booked/daughter ready to start her 4 days of cell boosting injections and day before admission, his bone marrow biopsy came back his MRD levels weren't quite low enough for the transplant. I had kept an open mind but my husband was really down about it. On a positive at least we had him home for Christmas. Consultant wanted to see us to discuss him going on a very expensive £50,000 back pack full of a drug called Blinutab (that is spelt wrong probably).....only been 30 people in the UK to have received it. 3 hospitals do it UCL (London) Kings hospital London and University Wales hospital (that's us). He had it on for 28 days bag refill every Monday and Friday like clock work. 7 people who have used this it cured, others went on to transplant as it brings the MRD levels down with less harsh side effects than more chemotherapy. It has 4 side effects compared to possible 40 of chemotherapy. We had to take usual temperature and add on blood pressure readings all done at home. During this time all blood levels/platelets have all stabilised. It's been in the USA for 10 years and 6 months in the UK. His consultant feels it will be the way forward as it frees up people to not have hospital stays for treatment. Crunch time now. Bag was put in on 7th December taken out 7 January. Bone biopsy last week....and results next Thursday. This is the worse time waiting. She did say she will do the bag again if levels weren't quite there. I pray they are. Life is just so surreal at moment. We are both still off work but need to get back sometime in February. Nicholas will go in for transplant start of February. Thinking to start back when he goes in. I can work from home when he comes out.

Apologies for the long update!

It is as active as people make it!

Hi, yes, this site is certainly here for you and if you would like to talk to someone the Leukaemia Care Charity helpline is open Monday - Friday 9am until 5pm and they have a special evening service on a Thursday and Friday 7pm - 10pm. The number is freephone 08088 010 444 from the UK. What I have noticed is that it does not seem to matter what actual Leukaemia we have, we often share similar questions, fears, thoughts and feelings. Take care. What's going on for you?

how is your lovely son?

Cyprusfan in reply to Jm954

Doing good at the moment. He has gone to Brighton for a few days with his girlfriend. I didn't want him to go but his doctor said it was okay. I guess it will do him good to be a normal 25 year old.

I have given a long update above on where we are at the moment.

Thank you for asking about Nicholas. That's the thing with his ALL it's one of the rarer ones to have. Not many people to discuss it with.

This time last year we all had no inkling what was racing towards us in August 😔.

Jm954 in reply to Cyprusfan

How are things going with Nicholas' transplant? Hope he enjoyed his Brighton trip.

I was diagnosed with A LL Ph+ in June 2018. I did all the usual protocols at Kings. Unfortunately in July last year I relapsed (during Maintenance phase) and so I was started on Blinatumomab.

Mine was a pump though, that I wore 24/7 for 28 days, having the pump changed every Tuesday and Friday.

I should have been having my SCT tomorrow, but unfortunately it’s had to be put back as I caught the flu! I have also got a UTI apparently, so until they are 100% clear, it’s on hold.

I’m up at Kings today to have some “holding treatment” – an IV of vincristine, steroids and an Intrathecal.

My last Bone marrow biopsy on 31 December, showed I was still morphologically in remission, with the BCR/ABL only at a tiny amount e.g. 0.001%, so hopefully will still be good to go ahead in two or three weeks time.

Wishing you and your son all the best

So good to hear from another ALL patient. Nicholas is ALL negative B cell. It is good to hear that you have used the Blinutimab (I can never spell it!).

Nicholas spent nearly 5 weeks in Kings hospital from 23 August as he was in London having graduated just 4 weeks before diagnosis . To say it was a shock is an understatement!.

So glad to hear you have a suitable donor waiting in the wings. Our daughter will be the donor. It was disappointing to have his SCT delayed in December due to MRD still being there although he is in remission.

Please stay in touch it's good to hear from other ALL patients.

Wishing you all the best for future.

Hi hope things are going well for your son x

Nicholas had his transplant on 14 February. Still in hospital. Had really rough time with ulcers in his mouth/throat and muciositus. Still got a few left in the mouth making it hard to eat. He was really, really fatigued yesterday. Bloods are climbing nicely though and his sisters cells have now engrafted.

How are you keeping.

Lovinglife11 in reply to Cyprusfan

I’m keeping well thank you, catch every cold going around so being referred to immunologist but good on the whole. Glad to hear Nicholas has had his transplant. It’s a really tough time after transplant but keep positive and He can get through it. I found it really hard to put weight back on as the thought of food made me ill. I ate because I had to not because I wanted to, but 8 years on and I look back and it’s hard to believe I went through it.

Take care Nicholas, keep positive and I wish you well

Thank you so much Sheila. Weight wise he has done okay but ..that will probably change when he comes home as he said he can't taste much etc. So glad your doing well apart from colds.

Hello. Nicholas doing well. Got a bone marrow biopsy next week. He has them every 3 months for 2 years. How are you doing, I trust you are well.

Lovinglife11 in reply to Cyprusfan

So glad to hear he’s doing well. I remember having those biopsies too. I’m doing really well thank you. I’ll have my last appointment and full check up in December (10 years). It feels strange and a bit scary as it feels like my comfort blanket to be told I’m doing ok when I go for check ups. I’m currently in Canada visiting my daughter her husband and my grandchildren which is something I thought I’d never be able to do. I hope Nicholas goes from strength to strength and lives his life to the full xx

You really are an inspiration. 10 years that is incredible gives me hope. I hate the wait for biopsy results. How lovely to be in Canada with your family. After your 10 year check up is that it then.

Yes that’s it but haematology team have said I can contact them whenever I want to. They are like family after all this time, it will be hard saying goodbye. I know the feeling waiting for results but at least you know the check ups are regular and if anything were to go wrong it will be early days and treatable that’s how I used to look at it. Xx

normal, although platelets down from 138 to 106 so still not in the normal range. That was my first...