Years ago I was ill in bed, did'nt know it till later but it was pneumonia, my one and only chest complaint, I certainly have never had many complaints in the chest department, but that's another story.

Richard was downstairs coping as best he could, and it was before his stroke or anything else, so I trusted him to get on with it while I succumbed to self pity.How silly was I?

He brought the wash basket and tipped it on to the bed, for me to sort, I put on my poorliest face then changed it to supreme martyrdom and sorted it. " The fridge is making a funny noise" He said. " Well I can't sort that can I" I said." Try moving it a bit it might not be level"

"well clear it out and put stuff back in, I need SLEEP"

" WELL TURN IT OFF LEAVE IT OFF FOR CRYING OUT LOUD"

5 minutes later " It's off, unplugged, but the bloody thing is still squeaking, do you think a mouse is stuck underneath?"

I dragged my aching body out of bed and downstairs.

I could hear the squeak as soon as I got in the kitchen, I could also see what it was.

He'd only left his hearing aid, switched on, on top of the fridge. 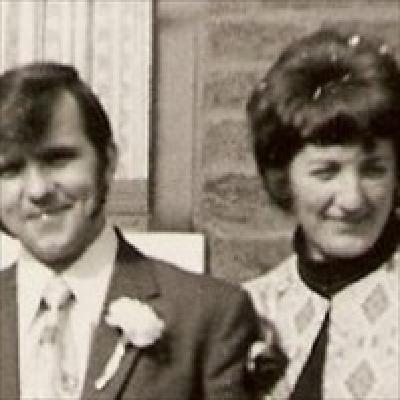 amagran
To view profiles and participate in discussions please or .
13 Replies
•

What a corker, that is soooo funny x

made me smile again

at the time he only had 1 hearing aid, he has 2 now, wouldn't hear if the fridge was singing opera

Fern, there's nothing like someone needing a joke explained to kill a thread

The last one to know when mine are whistling thankfully so have not had to look for anything except my glasses.

when we stayed with her,

wouldn't let us little kids come down when we woke up,

as he always had one of her heads,

as she described it,

so after an hour of waiting that seemed like a week, we'd come down and have to sit upon the seat we were directed to, and were not allowed to move as the kitchen was so small.

There nanny would get stuff out of HER larder, the one that we feared, even to look in, as he said it so heavily when she said keep out you kids.

Now the war had long been and gone but it wasn't like today where you could eat and eat, it was you get what you are given... and that was your lot, to get anymore you'd need to be on your very best butt-kissingly good behaviour and she'd need to be in a rare good mood too. So we were rationed yes, long after the war.

However Nanny had a strange habit - cigarette forever on the go in the corner of her mouth - cough, cough coughing...

Now we kids had no understanding of illness,

doctors operation or wind, and when we'd laugh spontaneously

as anywhere else nobody openly passed wind,

and go on the defensive saying:

It's my operation, you bloody kids.

Even though she said that, we did find it a strange excuse, or even if we didn't, it was still funny, nanny with her fag in the gob, ALWAYS,

We ourselves felt little pain, ever, I guess as we were anaesthetised.

It was then a shock at the funeral, when we thought we heard a farting sound coming from the coffin.

And all of that cremation business was awful, I mean we kept hearing a voice saying it is my operation, but I reckon it was the smoke from the funace making her cough and fart.

tjohn I do hope ferns will be along to explain your joke, more like a horror story

Yeah she/he is good at that

but it is reality, and I hope it puts people off smoking,

thanks for sharing so much!

yeah but you must really be the life of the party

and being provided with some medication, she is still quite breathless even after walking a short...

A lover you don't want

will seek and find

I shall take you to bed

and have my way

When your smiling the whole world smiles with you.

try and get some jokes sorted for a bit later.

I hope you are all managing well and staying...

I Think we all need a smile!

“That’s unusual, sir, but I could do it and it would knock 15 pounds off”.

I wana tell you a story

down the well and no matter how hard he tried he was not able to get the donkey out. Oh well he...