Due to have heart bypass on Wednesday... - British Heart Fou...

Would appreciate any female related advice. 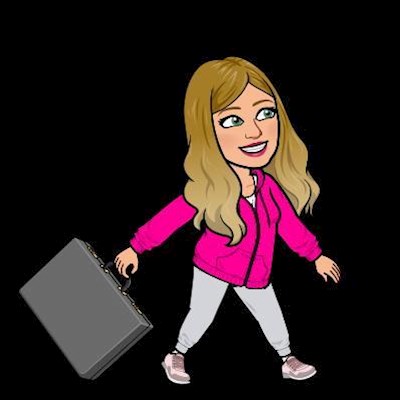 LilLondon
To view profiles and participate in discussions please or .
Read more about...
37 Replies
•

The front fastening is so your not stretching to fasten behind your back. After surgery it’s no arms above your head or pulling or pushing movements. As for rubbing on the scar I didn’t have a problem though was told in the hospital a handkerchief placed between scar and bra works. Can’t say it does as never had to use it.

Wishing you well for Wednesday and a great recovery.

You will be given a cardio front fastening bra - totally upholstered affair - and for me - just as you predict - it was really uncomfortable. So I got a stack of front opening sports bras from Sainsbury - seamless and really good. 6 months after my op I still struggle to reach behind to fasten a regular bra behind my back. All the best for your op. Welcome to the club!

Think you posted to me by mistake. I was not given a cardio bra some hospitals do some don’t.

Cruise1 in reply to Quoideneuf

My wife always fastens back fastening bra at the front then swivels it round. She has never tried to fasten them round her back.

Quoideneuf in reply to Cruise1

No end of options - but the important thing is to wear whatever you find easy and comfortable.

Nadeje in reply to Cruise1

Yes, I do that! Those days when I could fasten it at the back are long gone!! You should be fastening your wife's bra, maybe? 🤔 But men usually only do the unfastening of bras! As I vaguely recall..🤣🤣

Hi I live in Scotland and the hospital never offered any advice or bra's,they didn't seem to think it was that important. I just used a bralet or my normal underwires I need all the help I can get in that department! Char

Oooh, I don't think I'd wear a bra for a while. Have never had this type of surgery, but can't see why you'd need to wear one immediately afterwards over a sore area. Hope others who have had the same op can give better advice.

Must admit didn’t wear one in hospital but did on the day coming home, really depends on how you feel, and how big you are!

Well the sternum needs all the help it can get to knit back together - so thats another good reason to wear a bra in early weeks … and to find one thats comfortable.

i HAVE NOT HAD A HEART OP. BUT MY EX. DID, he is a man and how do they manage, I can not remember him wearing a bra. ha ha.

I noticed in hospital men were getting waistcoat things to wear

It holds your breasts in place so they don't pull on the scar. I bought the recommended one online with lots of hooks but I think it was a good idea and then I change to softer 1 after a month or so. But I'm of 42c so it would have been hard to manage without. Good luck it will be a relief when it's over.

Once I was up & about (& out of the straight-jacket Velcro contraption I found myself in) I wore vest tops that I stood into & pulled up - really only for modesty as no support whatsoever! But if you normally wear crop tops that may be enough for you too? As Pauline says, the issue is about not manoeuvring your arms upwards or backwards. Support is important if you have a bigger bust as the weight of unsupported boobs can pull on the wound & hinder healing - something to be avoided at all cost!

Best wishes for your op.

MichaelJHHeart Star in reply to Ads568

It's called a thoracic jacket. A straight jacket crosses your arms and makes like mega awkward!

I think maybe take your crop tops , maybe get one front opening bra and just see how you feel personally afterwards because comfort I think was most important whichever we personally find suits us best

Handel in reply to BeKind28

It's so lovely that you're giving brilliant advice to others. xxxx

BeKind28 in reply to Handel

You might be given a cardio front fastening bra - totally upholstered affair - and for me - just as you predict - it was really uncomfortable. So I got a stack of front opening sports bras from Sainsbury - seamless and really good. 6 months after my op I still struggle to reach behind to fasten a regular bra behind my back. All the best for your op. Welcome to the club!

Good luck for next week - I am three weeks post OHS and still not wearing a bra even though I spent a fancy amount of money on post operative bras !!! Any type of bra is just too uncomfortable and I am more worried about rubbing and infecting the wound but then again I am a smaller lady. I am also wearing crop tops under shirts and finding them fine. I think BeKind28s advice above is spot on.

I wore & still do - bralets that needed no fastening - but I did need help initially with getting them on & off over my head. Front fastening does make sense but I got on ok without them - good luck

Its a good question isn't it? Comfort afterwards is critical. Not all hospitals provide the bra thingy - mine certainly didn't. It also depends on anatomy - some of us are smaller than others and for some going braless would be a nightmare. As Pauline said, the front fastening thing is so that you don't reach up/back as for 12 weeks you def should not stretch in case you destabilise your sternum (you won't want to to begin with anyway). M and S sell a range of bras for women who have had surgery, I think I had two of those before graduating back to crop tops. Maybe wash new bras before wearing them to soften them. And yes, a hanky between the fastening and well padded dressing on your wound does help.Hope the surgery goes well and wishing you all best for Wednesday.

I didn't wear anything in hospital but since I've been home I wear a wireless soft bra but hubby does it up at the back for me.

I also bought front opening tops pj's etc but have worn normal tops etc since I first got dressed in hospital. I find it quite easy to put the top over my head and put arms out straight in front of me .

All the best for your surgery

Quoideneuf in reply to Barb6374

Think it must depend on the surgery. I bought ( and wore) a load of button up things - and certainly couldnt manage T shirts and over the head stuff for first 3 months - and still have to be careful - as an aside it also gave me an excuse for online shopping to distract me ahead of the surgery LilLondon

Barb6374 in reply to Quoideneuf

Yes it definitely depends on surgery and different for each person.I just put my arms next to my sides and put my head down forward so I don't raise my arms at all and I bought very baggy tops 😀

The bra will help a lot with stopping your boobs pulling the wound and sternum. I found a couple of cheap from fastening ones on Amazon (not the zip type) and was given one at the hospital. I think I am the only only who loved that one 😀. Also they mean you will be able to dress yourself in the early days. I much preferred that to having to ask for help.

I have found that I can no longer wear wired bras and have to wear a back size bigger than I am to be comfortable. This may just be particular to me. The most comfortable bras I have found post surgery have been from Royce-lingerie.

All the best for Wednesday.

Hi Good luck! I wore nothing for 3/4 days then the soft crop top type and found they didn’t rub, I’m a 38D and at 12 weeks I’m now wearing for day a soft, unwired and unpadded one from M&S but can wear my usual underwired ones for an evening out as prefer the shape they give me rather than my ‘spaniel ears’ look from having breast fed 2 children! 🤣

Hi I had a transplant last year and at first I never wore anything then I got bralets for a bit and then back to my normal underwired bras, I had no problems with my scar from either.I will add that I am not very well endowed so maybe that would make a difference to what would be comfortable to wear. The hospital never gave out or recommended front fastening it's probably just a personal choice.I never really thought much about it, I didn't use button pyjamas either just a tee shirt as usual. wishing you all the best for the op take care char

Like others I wasn't given any heavily upholstered underwear while in hospital. I also had no difficulty dressing in my normal t shirts. I did,however, find wearing a bra of any sort uncomfortable so went braless for several weeks. It was this time of year when I had my surgery so what with the baggy clothes and woolly jumpers nobody noticed ( you won't be going out much anyway so who's going to notice?)

Good luck with the operation, you'll be fine xx

I was told not to wear bras with underwires so for the first few months I wore vests with a built in bra panel. I'm not very big so didn't need so much support. I bought some M & S sports bras but a size bigger so that they didn't rub.

Personally I found the front fastening bras very uncomfortable and they stopped my wound from healing. I just wore stretchy sports tops.

Hi, I was given the stretchy bandage type thing fastened with Velcro and ended up wearing it for a few weeks as my previous underwired bra would have been too uncomfortable. Having a larger chest, I needed the support to stop the pull on my scar. I then moved onto sports bras I already had but with a bra extender to loosen them, and did start with a hanky over my scar to stop it rubbing.

Just been told I have heart failure

Anxiety and fear due to cardiac arrest 2 years ago