Does anybody else suffer terribly wit... - Asthma UK communi... 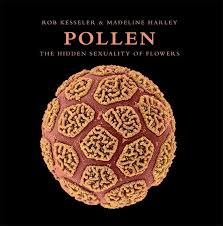 Hi, I'm currently 44 and sometime in my mid thirties I suddenly started to get terrible breathing problems starting in April / May and lasting pretty much the whole summer. For nearly 10 years now I've learned to hate summer as I basically become a prisoner in my own home. It's had such a devastating impact on my life. I'd be keen to hear from anybody else who suffers as it would simply be good to know I'm not the only one going through this nightmare. 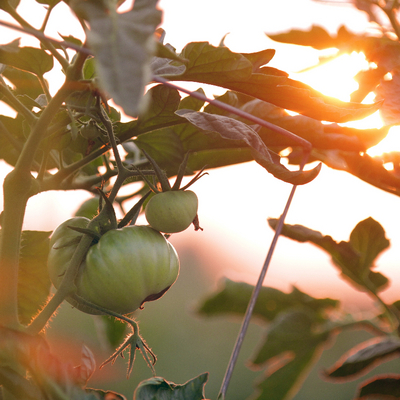 McP73
To view profiles and participate in discussions please or .
13 Replies
•

McP73 in reply to Chip_y2kuk

Me too, grass pollen and dust, can I ask what your prescription is? I'm currently just on the Tesco one a day and although It helps with the traditional symptoms, itchy eyes / runny nose etc its doing nothing to alleviate my asthma.

Hi I have infection induced asthma and it’s generally ok until I get a cold and it’s awful and I wheeze very badly and usually need a course of prednisone steroids . I used to have really bad hay fever which started 7 years ago, I would suffer with itch eyes runny nose sneezing amongst other things, I took Claritin loratadine daily. However as the years have passed my hay fever symptoms have reduced dramatically. I still have hay fever but I don’t have it as bad and only take Asda’s own hay fever tablets as and when required. I would say havfever can improve and get better or as my doctor said it can completely go the same way as it came.

Chip_y2kuk in reply to McP73

I was taking over the counter loratidine at the recommendation of a gp as a preventative but I kept having problems... bloody stuffed up noses being the main one from dust allergy and I mentioned I suspected I had allergic rhinitis at an asthma review and the asthma nurse said call one of the doctors and tell them you need fexofenadine I take that and it's great... so they prescribe 90 tablets of fexofenadine 180 1-3 a day every month or so for me...the doctor that prescribed the fexofenadine said your Ige count was 43 those loratidine aren't going to do anything, who told you to take them... he wasn't very impressed when I told him their new junior gp

I suffer with hay fever but seem to be on the right medication for it, thank goodness.

I do, really struggling just now to get it under control. Feel like I’m taking so much medication and still struggling with basic things like talking on the phone or hanging out washing.

My wee boy has a tricky time too. Luckily his new (to him ) inhaler and daily antihistamine is helping .

Yep I really struggle too! I’m stuck teetering on the edge of the point where I have to be in hospital at the moment with the pollen

But unfortunately every time I mention it I get told that I’m on the maximum treatment for the hayfever side of things.

Thanks Js, know just how you feel, for me I don't think the hayfever meds really work on the asthma side of things , they stop the traditional symptoms but not the breathing difficulties. Have you ever tried xolair? I paid a fortune for a private doctor to give me a trial dose once but i had a funny reaction where half of my windpipe swelled up, however its really helped a lot of people who suffer with hayfever and asthma and its now available on the NHS is certain circumstances.

It’s frustrating isn’t it! At first I was told I wasn’t able to get the xolair but apparently when they took a closer look I am just about eligible!

But they’re waiting for immunology to do some tests and don’t want to start me on it until they’re done with me unfortunately- but hopefully I will get a chance to try it.

Sorry that you had a reaction to it! Hopefully they’ll find something else soon

Yep, used to get hayfever really badly and yes it does exacerbate the asthma. I now take Beconase nasal spray and eye drops which seems to control it. It seems to be a matter of trial and error to find whatever suits you. I have heard of a system of using local honey, to start taking it in autumn and that this will build up immunity, but I havn't tried it yet. I do take turmeric for arthritis and have noticed that my asthma and hay fever symptoms arn't as bad when I'm taking it

Turmeric helps with inflammation... and arthritis and asthma are both inflammatory conditions so I could see how it would help/aid both

Yes, I now realise after you pointed it out, of course they are ! I think we get so used to being given drugs for specific ailments, even if some of them come under one umbrella. I started taking turmeric because anti-inflammatories didn't seem to help, and taking them would have meant me having to take more drugs to counteract the effects of the anti-inflammatories, thereby, for me at any rate, negating the need to take them in the first place. The worst thing about turmeric is the yellow teeth. Much scrubbing !! I would still rather have that than dodgy side effects. And I am now more mobile and pain free (almost). Very rarely do I have to take pain killers for my knees now.

Is it work related asthma or something else.

with shortness of breath for many years but this was manageable. But recently while I'm at work i...

Does anybody else do this

my question doesnt anybody else plan to be in hospital ..obviiously if i...

Does the smoking ban help us asthma suffers?.

does not help us, in the winter. Plus in the the summer it will be to smoky outside for us too.

Can high pollen effect stable asthma when not a hay fever sufferer?

New Here: Occupational Asthma - anybody else here with it?

just keep me ticking over!

does anybody else feel this way ? can anybody share what happened to...