We've tried to introduce a bottle to our 11 wk old but he's totally refusing to drink from the bottle. Tried expressed breast milk & formula but neither has been drunk, trying the bottle at the same feed each day, tried someone else giving the bottle, day 4 & still refusing.

Anyone else had this problem & what worked for you? 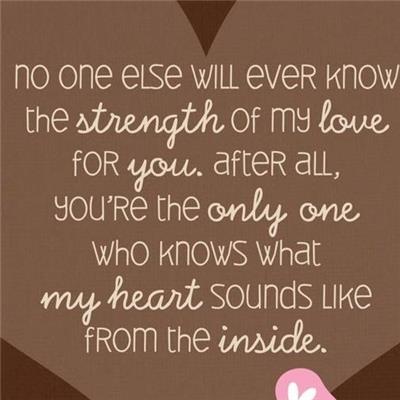 Dylanbert74
To view profiles and participate in discussions please or .
16 Replies
•

No personal experience, but I've heard from others that a different nipple on the bottle might help. And someone else giving the bottle while you make yourself scarce. Good luck!

At first my son wouldn't take a bottle. When I was trying to feed him he wasn't interested as he knew tht he wud kick up a fuss and get himself in such a state tht I wud then bf him its as tho he can smell food on me but when my bf and my mother in law did it he was btr..in all honesty hes btr when I am not there as he has no choice. Try someone else feeding him and going out the room as I find if he cant see me hes not upset.

Out of the three of my breastfed babies only one took a bottle. Ive tried with my third from about 4 weeks with no luck hes coming up to six months now so ive stopped trying as he will be having solids soon and he has just started having a cup.i say preserve will the bottle LO might take to it. Maybe try some diff teats xx

Def try different teats my daughter wouldn't take a bottle and I was at my wits end because it was so painful latching her on by 3 months if had enough but dr and health visitor wet no help. .. then a friend I was talking too had the same problem told me she got the cheap bottles with latex teat from the chemist. ...unfortunately they don't do them now for some reason bit I Know the do different teats in mothercare or Amazon think they are called nuk but not 100% good luck!

Try different teats for sure! We tried tommee tippee first and baby point blank refused to take it! Swapped to avent and took to it like a duck to water!! X

Our little one was okay, but didnt like taking it when i was in the room. Try putting milk on the teat first too x

Thank you everyone, I'm trying Avent teats & bottles at the mo but will try another type to see if that helps.

Would you give in & bf after a while if he doesn't accept the bottle at that feed or would that confuses him?

If he doesn't take to it, how does anyone have any time to their self - he's feeding every 2 hours

I always offered them breast after a while.i don't see the point of upsetting them. As for time to yourself, the older they get the more time he will go in between feeds.i know its easy for me to say but it does get better xx

I have to agree with 2princes1princess. I had to go "cold turkey" from the breast to the bottle when my daughter was 5 months old. She refused to take a bottle and I must have tried every teat out there, she just got herself into a state, but it does get better, there's longer in between feeds as they get older, and its only for a very short time in the scheme of things

I was the same with my LO. It broke my heart when he was screaming trying to take the bottle but I used to leave it a few days then try again, leave a few days, try again etc and then one day he just took it! In the end I saw no point in upsetting him so that's why I use I just leave it and try again until he eventually took it himself without any protesting! It is really hard but I'm sure your LO will eventually take it

Some one other than u feed ! In a seperate room if possible ! I know of loads of people the same . at 1 point when I was bf & bottle feeding my son , my friend was struggling 2 get her daughter 2 take a bottle from her so I fed her and with coaxing she did take it ! Bare in mind I had milk 2 it's the smèll of mum they know and want .

Vari flow teat recommended 2 if ur brand bottle offers it , it's a cross at the end so they get as much as they suck , like bf ! T T bottles do them and can b used from birth

I did cold turkey with my daughter at 6 months. She refused the bottle but I really didn't want to bf her any longer. I didn't offer her anything besides the bottle and after 2 days she caved in and took from the bottle. How much do you want to stop bf is what you have to ask yourself. At 6 months my daughter was eating well on solids which made the decision easier. I find it helps sometimes to think about the pros and cons.

Dylanbert74 in reply to smiles1975

It's not that I want to completely stop bf but just at the point where I need a bit if a break, he's feeding every 2 hrs..!

If you stopped bf @ 6 months, during the month before this did you ever try a bottle or have a day or night out?

smiles1975 in reply to Dylanbert74

I think she would go for longer than that between feeds. It was 13 years ago too so forget the precise details. I think I went out for the odd evening and I fed her and put her to bed before I went out and she wouldn't need feeding until I got back or maybe even not til the morning. It was my son's who were more hungry babies and needed a feed every 2 hours and I gave up with them after 3 months. But they took the bottle without any problems. Sorry I wish I could be more useful.

This is one of those things that no-one tells you or you can prepare yourself for; when you breastfeed you don't have any time for yourself, you have a baby! It's utterly frustrating but you have to let some things go & get partner/family/friends to help out a lot more. On the plus side no one thanks you for the sheer hard work & the toll it takes on you but believe me you are giving your baby the best ever start in life & you're comforting them as well. As someone said in the scheme of things it's not that long although it feels like it's forever. Both my girls wouldn't take a bottle they loved being bf & who can argue with what's best? They did eventually (for water) but try in a week or two. If you start using bottles for milk this will lessen your own supply bear in mind. Good luck!

she had expressed milk from a bottle as she had to have gaviscon and she took it no problem. Im due...

with my Mum and a bottle of breast milk and he drank it in one galp and was still hungry. Next time...

accept a bottle? My little boy is 6 weeks old and I’m trying to get him to take a bottle of...

Breastfed baby won't except a bottle of expresses milk

I had been expressing so hubby could feed whilst I was out. During Christmas I didn't give bubba...

is 12 weeks old tomorrow and has been exclusively breast fed since he was a week. I tried him with...