Can anyone advise whether there's a difference between a '3rd covine vaccine', for immuno-compromised people, and a 'booster jab' for clinically vulnerable and other groups? My husband belongs to both groups, but I feel the fact that he has CML may be more important if there is a difference. Asked my GP who said no difference, but in today's Guardian they were written about as if they were different. Thanks for help, if you can. 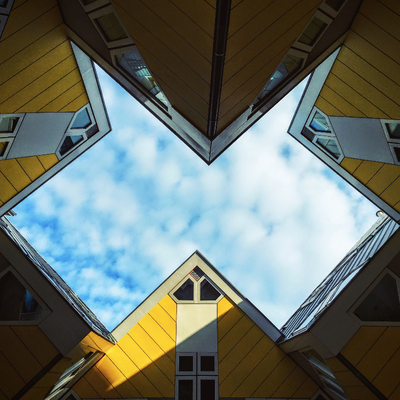 MeNotDavid
To view profiles and participate in discussions please or .
11 Replies
•

Hi, and I think you have asked the question so many people are asking. I would suggest that you ring Leukaemia Care on 08088 010 444 for a definitive, reliable answer. Look after yourselves

Hi MeNotDavid thanks for your post I will try. I think that they are essentially the same type of vaccine for both, the mRNA type. But the purpose is different for the two groups. Yes it does feel more complicated when in both groups my notes below:

SNIP:- A third primary dose is an extra ‘top-up’ dose for those who may not have generated a full immune response to the first 2 doses. In contrast, a booster dose is a later dose to extend the duration of protection from the primary course of vaccinations.

I believe we are advised to take the third jab which ever way it is offered, as essentially if you receive a 3rd jab and it is called either a booster or a 3rd primary dose , you will be receiving the same type of vaccine and gaining the protection you need now going into winter with a high level of the virus prevalence . In time your status will be recalibrated if it was offered in the wrong way

SNIP:- This third dose should be offered to people over 12 who were severely immunosuppressed at the time of their first or second dose, including those with leukaemia

SNIP:- This offer is separate to any potential booster programme.

SNIP:- The JCVI advises that for adults aged 18 and older, either the Moderna or Pfizer-BioNTech COVID-19 vaccines be administered for the third dose, as a number of studies have reported an increased immune response in some immunosuppressed people after a third dose of an mRNA vaccine. For those aged 12 to 17, the Pfizer-BioNTech vaccine is preferred.

SNIP:- Those with less serious immunosuppression are not included in this advice but are likely to become eligible for another dose as part of a potential booster programme, pending further advice from the JCVI.

SNIP:-n the event of a booster programme, it is expected that severely immunosuppressed people will also be offered a booster dose, at a suitable interval after their third dose.

The booster dose is a later dose to extend the duration of protection from the primary course of vaccinations.

Part of the reason for cause of confusion is because the way these jabs have been described from the beginning (it causes unnecessary confusion) Also the Booster programme is colliding with the 3rd primary dose vaccination programme for the immune compromised. So there is further confusion among the eligible and the healthcare provider as there is duplication of inclusion criteria across those eligible for a 3rd primary dose vaccination and those who now qualify for a booster jab.

Essentially if you are severely immune compromised you qualify for a 3rd jab as part of your primary vaccination , this can given from 8 weeks from your 2nd jab if in this group, timing and qualification is determined by your specialist. If not in this group but in the group who qualify for the booster you should be offered this 6 months from the 2nd dose

A future booster for those receiving a third primary dose now will be offered in time possibly 6 months after, but this requires further clarification

Still confusing did any of this help?

That is brilliant, hairbear, thank you so much. I'm glad I'm not the only one who thought the messaging was confusing. I've received part of this advice from our Haematology support team, but am glad to know I can go ahead and plan David's 'booster/3rd jab' asap.

My David is due for his 'booster', though we can't book because he keeps being rejected as ineligible by the website, and by 119. They say it's because the system isn't updating as fast as it should - all this while government is blaming people for not responding quickly enough. Tomorrow I shall rope my GP in, and have already left a message for help by Haematology consultant. He WILL get his vaccine - it's absurd that I've had mine first, because I had Jab 2 first (he was in hospital at the time). Thanks, DrunkJam for this added information - it all adds up to get the picture clearer

Yes, I had my actual vaccines (first and second jab) before he had his, because he was in hospital at the time he was called. But apparently, I should wait until 6 months from my second dose and then walk into a clinic, because I am having a booster, but he could have his now because it is a third jab.

The person on 119 tried to tell me that David couldn't have his as a booster shot, because people having 3rd shots had to have the same as their 1st and 2nd ones - in our case A/Z. In direct contradiction of the JCVI advice, which I looked up as soon as I'd rung off. I'll be able to tell them a thing or two next time!!

That's crazy! DH had AZ for the first two, and then Pfizer for the third!

From tomorrow there is a difference. The Modena vaccine is being used for the booster which is a half dose. So we as cml patients or any blood cancer patients are classified as immunosuppressed, rightly or wrongly. The 3rd jab for us should be a primary dowse and should be Pfizer. Whether or not you had AZ or Pfizer for the first 2 jabs. They can be mixed. See below. The booster jab should be in 6 months.

Also see the link in todays mail on Sunday

My GP and I had a conversation and both did a bit of digging. Last week I was given a Covid-19 booster but it was noted down as a 3rd vaccine with a further shot due in six months highlighted in my notes.

For info - I had no reactions to vaccine but did with the flu one. Fine for first 8 hours then really ached all over for 18 hours. Took 2 paracetamol every 5 hours, three times which helped.

This is what I couldn't get anyone to recognise on the NHS booking site or 119 - they kept saying David was ineligble to book on that site *because* he needed a 3rd jab and they only booked boosters. There was no way of getting beyond this ridiculous, and very distressing, Catch-22. Today, Leukaemia Care's advocacy team emailed me to confirm that you could have the Pfizer jab as a booster, and then get it re-classified as 3rd vaccination, with a booster after 6 months, that this was the advice that they were now giving nationally to "people who are struggling". So it must be quite widespread. Our GP is not giving 3rd vaccines yet because the logistics aren't set up - this is the case in all Southampton. So, if I could find no other way of getting it, they suggested just going to a walk-in centre and asking them to do it. I rang the one where I'd had my jab and when they'd understood the situation they said he must get his jab asap and would we go this evening. So am glad to say that, after a 10-day struggle, he has now been jabbed. I am SO relieved. We'reboth protected now - or will be soon once the vaccine becomes fully active, we've had flu jabs too, so can begin to think about living our lives again. Thank you to all of you who joined in this thread and gave me useful advice and kept me sane

people are in the same boat about Covid19.

My husband recently underwent a stem cell transplant for...

included new questions to discover how patients were managing. The third version of this survey was...

Symptoms prior to diagnosis

experienced prior to diagnosis, and what sorts of things were showing up in blood tests? I am...

subcutaneous cladribine treatment in May, now it feels like I'm a different person. I'm so...

War in the blood - BBC iPlayer

Just wondering whether any of you had managed to catch the BBC documentary War in the blood...

Support leukaemia patients and sign our petition to keep uni...