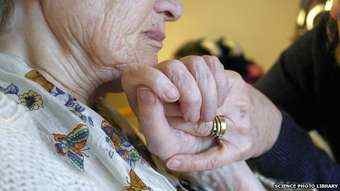 The leaked documents were prepared by civil servants at the request of Conservative party officials.

I'd like to say I am surprised Denis, but I'm not, this punishing of the vunerable is horrific, scary, Gandi said 'a society will be judged by how it treats its most vunerable members' xx

in reply to medow

Defo agree with you there

No surprise there one bit,, makes you wonder what else is in store for the vulnerable ones of our society,, Disgusting,,

And thats how treated is disgrace

Labour will have similar documents but, AFAIK, they have not been "leaked". Due to the total incompetence of the Brown administration we are still almost bankrupt. Mr Milliband is aware of this as are most other credible Politicians.

Al as bad as each other in my opinion.

It was the banks stupidity that caused the world recession not Gordon Brown!

I think that you should say bankers not labour if you are a thinking person!!!!!!

It's incredibly depressing. No wonder they will not tell us where the cuts are coming from. The most vulnerable have already been on the receiving end of cuts. cx

This no end to suffering ill have to face

Cant say Im surprised. The possibility of five more years of this government makes me shudder, not least for the NHS. Survival of the fittest is the name of the game for the tories.

Agree about Labour Party Flib - there is nothing BUT the election in our household at the mo as Rita is standing as prospective LP city councillor. Im not a member (still too angry about Iraq war) but certainly supporting her especially as our local constituency is very much on the left of LP politics, as i think many are around the country. And of course agree re the disability benefits threat, it would be so damaging to so many. Dreadful times, very scared re 7th May result.

Well, when Cameron , a while ago , "Sanctioned" That a man with TERMINAL CANCER " SHOULD LOSE ALL HIS BENEFITS AS HE COULD HOLD A PEN AND THEREFORE FIT FOR WORK " then anything is possible from this ( hopefully past Prime Minister" ) who to my mind is DRUNK WITH POWER AND BATHED IN HIS OWN INFAMY , you have a Vote folks - its our Health - its our Choice ....

Why anybody that is not a millionaire would vote for the Tories is totally beyond me.You don,t have to be left wing to see they are destroying our country with their selfish greed. D. 👀

Here is article from Guardian Society re mental health and emotional wellbeing following letter signed by around 100 MH and therapy practitioners. Touches directly on our concerns.

Very interesting reading D3NIS, sadly I have to agree it looks like many of the proposals leaked could materialize as fact after the election. Sadly the proposals are mainly aimed at the less well off in society as there are more of us to glean the money back from. It is a very emotive subject if the cuts effect you directly, in respect of disabled it seems to be a never ending onslaught of cuts not just financial, medical,care and now taxed on the benefits mean't to pay for your care needs. What next I say .........

Blimey !- just heard on the radio that IF the CON - servatives are re Elected they are considering a COLOSSAL INCREASE IN ROAD TAX - wait for it folks ...= TWENTY POUNDS ...so if you drive to the Doctors or the Hospital - its going to cost you ( and me ) .....is that millionaire CA meron trying to get rid of us , ? I ask myself ..........

I have no intention of voting for them anyway Daz but do struggle to actually find a party who really cares for vulnerable people They all seem to be promising goodness knows what but I am afraid when they get into power it all goes to pot. I wish it did not always have to come down to money, but it seems to be that way. The fat cats do ok though don't they.

I read this on benefits for work and pensions a web site that has exposed Atos for what they are, they also posted links to all the party manifestoes they also go on to say Labour are keeping quiet on benefits which can only mean they will go down the road of Atos we will ne no better with them. I did read what UKIP plan to do and that's return the benefits system back to the GP's and job centre like it was before Brown screwed it up and do away with unfair assessments, they are the only party to say this and this will gain them lots of votes. If they are successful I hope they do this in the first term remember labour when they promised to ban fox hunting it took them 3 terms to do and every time they came up for election they used fox hunting ban to get in.

What seems to be forgotten is that what is now derisory called 'benefits' are actually rights - we paid national insurance and taxes to past governments with the tacit understanding that we had a contract with the state that gave us rights under the welfare system that if or when we needed help that state would be there to help us, this all seems now forgotten, and we are all tarred with the brush of 'parasite' but the real parasites are the multinational companies and fat bankers etc. that evade taxes and take far more from the country than all of us on 'benefits' ever could - these conservatives bosom buddies have no patriotism, no morals and no conscience - God help us all if the tories get in again. These future proposed tory cuts are nothing to do with saving money they are the result of a viscious ideology viz. how can you possibly say you will cut 40% of carers off welfare, for instance, are these people suddenly to cease being carers - are their disabled or elderly relatives etc. suddenly going to miraculously get better - or less miraculously suddenly die - how unless you introduce completely arbitrary guidelines that are totally unfair can you succeed in such a goal - it just makes my blood boil at the totally unnecessary and evil misery these policies will cause grrrrrrrrrrrrrrrrrrrrrr

work in the near future.

For more on this story...

Covid on the rise

The view from my second home