Ok people, I understand how many of us are frustrated or even scared... many of us are having a tough time losing the weight. But we don't have to be scared. Just knowing that you HAVE to do something is enough.

And let me tell you, once you get started and see even one inch of results, that is enough to get you going. But whatever comes, KNOW that you can do it... if you fall off this wagon, just know it's easier to get back on than to run behind it! Even if you do have to run to catch up, then you are doing it! Remember: NOTHING is impossible! I used to hate eating right to lose weight and hated going to the gym even more.

But so far since the beginning of the year, it's been an incredible ride. Yeah, at 52 years old and 250 lbs. I'm a late starter, but you can't finish a race if you never start! So lets go! A little bit at a time whatever age you are! You all KNOW HOW to eat healthy: More fruits and vegetables and less soda and junk food! And LOTS of COLD, COLD drinking water! Meal replacement shakes work too! Just remember to follow the directions! Usually two shakes a day, a small sensible meal for dinner (It's usually two cans of tuna in water with some veggies OR a chicken breast...that's it!)

Going out to dinner can never be a problem! Just as long as you go with a friend or family. Also, don't go out to dinner 30 days in a row! Keep it down to one day a week, or even fewer! And whatever you do...DO NOT come home with a doggie bag! Your dogs are fine with their own food! *I'm not telling you to clean your plate off either.

Whatever you do, don't kick yourself if you fail. Just get back up and do it again.

You CAN lost that weight! You CAN be healthy! Don't be a no-doer!, be a yes-doer! 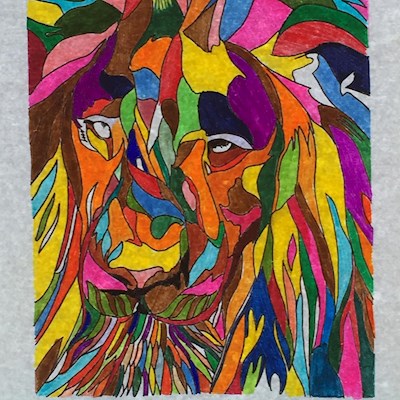 krazeeartist
To view profiles and participate in discussions please or .
14 Replies
•

You are of course totally right, we have blips and bumps, and gains too!

Thanks for the encouragement, InpulseArts, but I'm afraid I don't agree with the meal replacement shakes, or cutting calories too low. It's really not necessary and can cause problems further down the line.

I lost over 7 stone at the age of 58, without doing either, so you're right, it can be done

You may find this interesting? healthunlocked.com/nhsweigh...

krazeeartist in reply to moreless

I agree.. some can't handle the meal replacements.

Nobody needs meal replacements, they're highly processed, often contain dubious ingredients and teach you nothing about long term healthy eating and weight maintenance. I prefer to encourage people to eat fresh, whole foods, that won't cause imbalances in the body

It's not really that. The problem is that two shakes and a couple of cans of tuna can't really be described as "healthy eating". While you may be losing weight, you're not learning the habits that will help you keep it off - worse, you may not have understood what made you fat in the first place (it wasn't "too many calories"). As soon as you stop the shakes and "eat normally" the fat will come right back again with a vengeance, because the extreme caloric restriction has slowed your metabolism.

While I'd agree that there's nothing wrong in principle with temporary methods that speed up the process of weight loss, the weight-loss diet itself should bear some passing resemblance to normal meals, so that it can be continued as a daily habit. You appear to have an enormous amount of willpower that's pushing you through against the odds, but unfortunately most people just ... don't.

Like I said I'm only trying to encourage those who are struggling with losing weight.

The slimfast program IS a temporary solution.

My diet seems to be working for me...no I don't recommend it for everyone...it takes time for the body to adjust to NOT eating as much. But when I do eat it's not definitely not junk food. Poultry, fish, vegetables... The human body can go for I believe it's 40 days without food, so it is possible to eat a small meal a day, but yeah...it does require will power. But I look at it this way: if you have enough willpower to say " I MUST lose weight, then you have enough willpower to change the way you think. It's practice that makes it perfect!

I understand where you're coming from. There was a guy on another forum who had received identical replies from several different posters. He had to make very little effort to completely turn his life around. But he just didn't want to do it. He opted instead for surgery (which probably wouldn't help) and a lifetime of drugs. One has to genuinely WANT to get better, and I can't help thinking that some people just don't really want it that much. Or more precisely, they want to remain in their groove more than they want the benefits of getting out of it.

You seem to have a clear-eyed view of what you're doing, but I think for most people - who are starting out with a terrible relationship with food and don't really understand how they've got to their present predicament - any method that requires a vast amount of willpower and brute-force starvation is doomed to failure. People who are struggling are invariably doing it wrong: caloric restriction and/or fasting doesn't work for people who are seriously insulin-resistant (ie., 95% of fat people). All that happens is that, upon running out of fuel, their bodies make insistent demands for sugar (because its fat-burning facilities have completely shut down) and they binge on cake. Then they blame themselves for not having enough willpower. Fasting doesn't require practice as such: it requires a metabolism that's firing on all cylinders, so that it can pull fuel from fat storage with the same efficiency as it does from food. That, in turn, requires one to start with a fundamentally healthy diet, but too many people want to skip that step.

It's good that you've found a method that works for you. I'm just pointing out that - for anyone else considering it - it comes with some significant pitfalls compared to the slow-and-steady approach; that is, fixing your day-to-day diet first and then tweaking it for weight loss.

Losing weight always comes at a cost. We give up the very foods that we love. I won't lie...I still love take out food. Binge eating on all kinds of sweets is not fun by any means, but we don't need A LOT of sweets either. I LOVE Ice cream, but weened myself off it by switching from the gallon that I usually brought home, down to a pint...and that pint would be in the fridge for a week before I got to it. Yeah, my body craved the sugar. I had major withdrawal symptoms, but eating the right kinds of foods and getting into a favorite hobby took my mind off food, or rather took it off the Fridge and pantry...

The important part of all this I guess would be is how far does one care to go in either direction?

Hi Gail, good for you! Fasting can do wonders, but just as in my reply to The AwfulToad, fasting takes practice and patience, and longevity. If you can fast for 12 hours before seeing a doctor for a test (most do), then you HAVE willpower. I no longer eat donuts, or crave anything sweet other than an Soft Drink once in a while when I get a strong craving.

Ive used the 5:2 way of eating with some success healthunlocked.com/nhsweigh...

Have a read and a think 😊. First I had to get through my hunger demons though, have a read of ‘Ditching Diets’ by Gillian Riley, reviewed here healthunlocked.com/nhsweigh...

But remember, Rome wasn’t built in a day, you are doing well changing behaviour and building new habits, it is worth taking time to get these right

It's never too late to get started!

Love your i can do attitude and we can do it, and being on the wagon rather than running behind it is definitely best but i must say i prefer proper fresh meals to meal replacement shakes. That i dont think i personally would last on my willpower is not as good as yours . Whatever works for us is right for us ☺ xx

keep trying and trying to lose weight but keep failing and end up putting weight on!

my weight for as long as I can remember. I was always told I was “too big” or that I need to lose...

So far so good. Just one question?

taken a long time let me tell you!

Whatever you do, wherever you go, do it with love...

Help! How to unwind without food?

zone out with more food. If I can I stay strong, exercise and start preparing dinner for the family...