I’ve been struggling with multiple EDs for the past 6 years, namely anorexia, bulimia and orthorexia. I finally decided to seek help and started therapy a year ago. I’ve been steadfast in my commitment to recovery. It’s been a ride but I’ve managed to make great strides in my relationship with food. It took a lot of undoing and I’m still learning to deal with the ED voice that rears its head from time to time but I’ve gotten much better at dealing with it. I’ve become an intuitive eater and it’s really made my life that much more pleasurable. So much so that I promised myself that I would not go back to those restrictive ED cycles. Well, recently I was diagnosed with Bipolar II and turns out many of foods that I had to make peace with and re-learn how to incorporate them into my diet, (my so-called “fear foods” including processed sugars, meats, fats, oils, carbohydrates and the like) have to be restricted once again. Well my therapist used the term “moderated” but once I heard him say “restrict” I kind of flew into panic mode because I’m at a comfortable place with my eating and now I feel like I have to go back to what I’ve been trying to undo all this time. I know it’s not true and it’s just about watching my intake of these foods but the fact that I have to “limit/control/moderate” any kind of food is just triggering to me and I don’t know how to deal. As someone who use to rely on “healthy diets” such as paleo/keto/raw food/vegan to disguise my ED, it’s hard for me to hear this because I know what I’m capable of in the negative sense. However, I’m more equipped to deal with these kinds of triggers and I know it won’t be me having to never eat these foods again which is what my ED brain would say, but it’s more about mindfulness with respect to my diet, I suppose. I don’t know. It’s just stirred up a bunch of uncomfortable emotions. Logically, I know that the reason I need to moderate the intake of these kinds of food is to prevent my hypomanic and depressive episodes which it’s been scientifically proven to exacerbate. Thus, there’s a genuinely good and valid reason for the need for moderation but I’m just scared that I’m treading a thin line that can push me back into the ED cycle and I just can’t give up my life to it again. Hence the resistance. Anyway, thanks for listening/reading. It’s a lot to digest (excuse the pun). 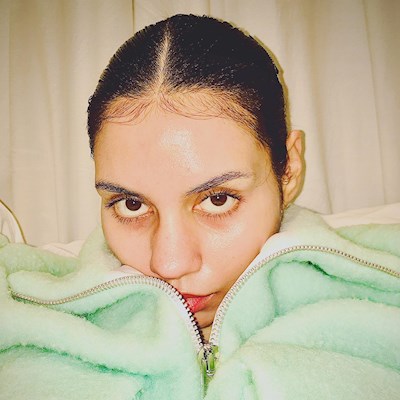 WednesdayAddams
To view profiles and participate in discussions please or .
Read more about...
8 Replies
•

Assume your current therapist knows of your ED? If not he needs to - you need to talk to him about the negative thoughts that have been triggered and perhaps access a specialist ED dietician to get guidance about how best to make the necessary changes without undoing all the work you have done. I recognise the health need to make changes - but make sure you've a good "road map" from an experienced source first perhaps?

WednesdayAddams in reply to crazycrossstitcher

Will definitely take this into account during my next session. Thank you, I appreciate your advice. Yes, my therapist is aware and has been helping me on my road to recover for a year now. We discussed my negative feelings and emotional triggers in our last session and cleared the air on that. I was able to appreciate his advice to monitor and moderate sugar and caffeine intake from a health/medical/logical perspective this time around. He was looking out for me since he’s aware that during my depressive and (what I now know to be) hypomanic episodes, I tend to binge off these foods, which are stimulants that leads to rapid cycling between depressive and hypomanic episodes. It triggers and exacerbates hypomanic episodes in particular (I was just coming off a depressive episode which lead to a hypomanic episode and now back to a depressive one.) My therapist relayed what was going on with my shrink and they also came to the conclusion that the current meds I’m on are doing more harm than good so she prescribed me another med that is seems to be helping.

Firstly, congratulations on the amazing progress you've made so far. Remember that you have made progress and this type of situation is a test of what you've learned. Believe me I completely understand the strength of the ED voice and how it works, but my advice would be that you have a choice about how to see this change in diet. Moderating your diet to remove that list of foods, which are related to lots of other diseases could be seen as a good thing, for your physical health and for your mental health particularly. This is just an act of self care, not an act of the ED. You are not creating this in your mind this time and you have said that this is a temporary change so maybe try to just see it as a medication. I hope this helps a bit, and I realise how scary it is to be faced with this after you have worked so hard at recovery. But you are so much stronger now and you have all those tools to help you get through this as well as people around you to support you. Good luck!

WednesdayAddams in reply to soulrevival

WOW! Really needed to hear/see this! THANK YOU 🤗 You’re right I need to change my perspective and view this from a logical/health/medical lens than from an emotionally triggered ED lens. I had a chat with therapist and my shrink and they basically gave me the same advice but I like the way you explained it better. It’s easier to grasp. I’ll remember this and use it as a reminder when the ED voice starts rearing it’s ugly head. The reason my therapist suggested I monitor and moderate my intake is to prevent rapid cycling between hypomanic and depressive episodes which I’m prone to. Sugar and caffeine, which I often indulge during both hypomanic and depressive episodes are stimulants which can push me into a hypomanic episode and exacerbate my hypomanic symptoms. It definitely is an act of self-care. Refusal to act and rebel against this change does more harm, it’s an act of self-sabotage. Thank you, again. This made me see things clearer.

soulrevival in reply to WednesdayAddams

My pleasure and I'm so happy that what I said helped you see things differently. Have a great weekend. Let me know how it goes! x

Hi congratulations it seems you are doing really well in fighting your anorexia even with this new diet advice aside from it being the worst thing you could say to someone recovering from an ED I honestly can't understand how processed sugars affect bipolar disorder , my husband has bipolar disorder type 1 and so did my sister so I know a bit about it , again keep up the good work hopefully if you ignore the anorexia voice it will go away

WednesdayAddams in reply to lillyofthevalley37

Hi! Thanks for your words of encouragement and advice. I really appreciate it. 😊 🤗 I’ve had some follow up session with my therapist and shrink and it cleared the air for me and long story short I’m on some new meds bc my current ones aren’t helping at all. My therapist helped me to recover and maintain my ED recovery for the past year now. I have a lot to thank him for. The reason why he suggested I monitor and moderate my sugar and caffeine intake is bc they’re stimulants which can trigger and exacerbate hypomanic episodes in Bipolar II (and mania in BP I). So it just makes things worse for me since I tend to binge on sweets and caffeine during both hypomanic and depressive episodes and then it spirals into mixed mania (what I’m currently being treated for with the new meds) and rapid cycling between hypomania and depression.

lillyofthevalley37 in reply to WednesdayAddams

Hi I like the sound of your therapist bc he sounds authoritive and able to stand up to Ana aka anorexia which is exactly what you need , caffeine does stimulate dopamine which can trigger mania , I understand where he is coming from now , keep up the fight x

Back into hospital with an infection

I’ve just had surgery and I can’t eat