Long story short, I developed anorexia in my mid-teens. I was the hyper restrictive, punitive type. At my worst I was 90lbs (I’m 5’6”). By 25 I had made improvements and while still addicted to cardio, I had gained weight and no longer used starvation as my primary tool.

I’m older now and am experiencing my first true relapse. Instead of keeping my thoughts to myself (my technique was also to block out people - my body my choice thinking), my dietician is encouraging me to talk honestly with ppl I knew then who are still in my life now. Also, open up to ppl who don’t know about my past.

It’s going well except for one person who met me 1 year into me working on eating (it was a roller coaster). She interestingly enough was diagnosed with morbid obesity at the time. Hand to heart I did not befriend her to make myself feel smaller or better. I befriended her because she was such an awesome person! Of course in knew there was prob background talk in her head and mega guilt in her end, but I always supported her and stood by her ups and downs.

Then she got serious about losing weight. Which was good, for her health she had to. She worked diligently for a year and was declared medically healthy again. Still needed to lose more weight, but her weight trusted health conditions were under control. Yay, right?

Ya ... no. The next few years turned into a behavior pattern of weight loss = change in attitude. Mostly bragging, pushing away ppl who had stood behind her and becoming really self facing and ... snobby.

I eventually cut ties. Her new found normal weighted/ness was no excuse to have a crappy attitude or think she was better than people. Also, she was by my side as I struggled (alone) with my own recovery.

It started to feel like she was competing with me in her head. That was just something I couldn’t take.

Fast forward to now. We reconciled our friendship and have been in touch for awhile now. But, she’s the latest victim of these stupid extreme diet crazes and is borderline obsessed with exercise and taking constant selfies, etc.

I told her that I had relapsed but only b/c there are social rules you put in place. You can’t talk numbers with me, etc. there’s a whole list on the internet of dos and don’t s.

What does she do: tell me all about how she’s discovered intermittent fasting and how easy she finds it to not eat for 16 hours at a time. And how much she’s able to get out and exercise and how she takes on these daily challenges, blah blah.

She basically broke all the rules. I’m currently at step one: trying to incorporate a single solid food. I was in the ER (twice) because I went unconscious from dehydration and lack of food. I haven’t eaten a meal (combined foods) since October.

BUT, this latest episode wasn’t triggered by me. I got a bad infection in my gut that caused the first episodes of not eating and dehydration. It shredded my colon and now I’m on a medical diet for 6 months.

But the initial weight drop triggered my old thoughts and now I’m scared to eat for two reasons 😞. They made me buy a scale to track the disease but that’s been a no-no in my house for decades.

It’s awful trying to fight this girl in my head who demands I take this further and the other girl who just doesn’t want to be sick anymore. Also, all that crazy exercise from the past plus sport’s and dancing have wrecked my joints and ligaments so I can’t exercise like my friends. She knows this and it seems to increase her bragging about all the things SHE can do.

So what now? I feel like she’s started a competition in her head, that obvi she has body issues and she’s maybe even happy I’m sick.

How do you, as an adult, address this? Just cut her out? The whole BS intermittent fasting thing sent me over the edge. Ugghhh. 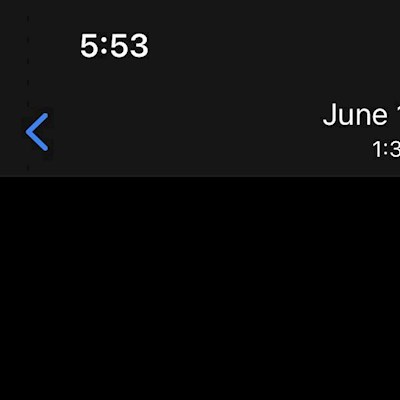 katidid
To view profiles and participate in discussions please or .
8 Replies
•

Intermittent fasting is not a new fad. It’s actually just a method in which one chooses to eat their calories for the day in an allotted window, that window could be 4 hours, 6, 8 hours. Theres a lot of people that follow a 16:8 by nature or perhaps a 15:9...we all fast at night most of the fasting is done starting last meal of day till time of breakfast start.

There’s also OMAD-one meal a day, alternate day fasting, etc under the IF protocols. There’s health benefits, yadi, yadi, that you’ll read if delve into the science and reasons these methods of eating were created. That said, these diets aren’t really diets as long as your friend is doing it right. If she’s not following the true IF method, then she’s just using the name to not eat.

That said, you’re recovery will not be successful if you stick to negative people and thier unhealthy habits, their pushing their values on to you and it impedes your recovery. I say cut them, mental health is just as important to your recovery when getting back to bring physically healthy.

Sorry, I think my point was missed. There is lots of science behind lots of diets. This one in particular involves not eating for long - relatively - periods of time. She knows my primary “method” was zero consumption of food for as long as possible combined with only (when it was at its worst) 4 acceptable foods to eat when I absolutely have to.

There are do’s and dont’s that any good friend or loved one knows to follow when talking to any anorexic: no diet talk, no loss/gain talk, no asking/talking about numbers. Be careful when you’re talking about your own weight loss or gain journeys.

For her it’s normal, for me it’s a mental death spiral. She’s known me for 23 yrs. she has lots of other friends she can discuss whatever latest diet she’s on and how she’s struggling to find tight dresses to fit her b/c she’s lost weight.

See where I’m going? It’s not about diets. It’s about sensitivity, empathy and supporting ppl in a crisis, not intentionally making it worse.

I didn’t miss the point. I’m an eating disorder recoverer myself, recovered 8 years. You stated IF was triggering you, I was trying to give clarification IF itself isn’t a harmful way to eat, if she’s not following the method correctly she’s most likely not actually doing IF at all. That said, If she is, I don’t know what one should do if the amount of fasting a person does is a major trigger to our own recovery.

That said, separating from those that are being unkind, cruel, not showing empathy, are truly bad for your mental health and recovery. I stated cut her or others behaving in the same light if you need to. I’m sorry your friend has gone to the extremes with her obesession regarding exercise and dieting, etc. there’s not much to do but protect yourself and your own needs. No one needs unsupportive friends. Wishing you the best.

with the negative thoughts she's provoking and her insensitivity - is she truly a friend? I would suggest you start to distance yourself and select friends who are truly going to support you and help you with your struggles.

I agree totally with crazycrossstitcher.

You should focus your resources on getting better.

She's not a friend. She's making your struggle harder. You don't have to decide right now if u want to cut her off. Just don't have any contact with her for now. And when u are stronger, and in a better place, u can decide if this is a person u still want to keep as a friend.

I struggled with anorexia when younger, so I deeply empathise with those voices telling u one thing and another. They are really potent.

My best wishes to u. And please let us know how u get on. And I must say u write very well : )

katidid in reply to ling

🙏❤️ working on distancing, so thank you. I’m also trying to change the conversation in my head and with others. Stay positive and quiet the demons.

ling in reply to katidid

You are a smart lass. I know you will make a good recovery in time : )

Btw, I love how u describe the gut infection as shredding your colon. Such an apt description.

katidid in reply to ling

And also medically accurate 😆 Oh man, it did a number on me. Wouldn’t wish it on my worst enemy 😬

Back into hospital with an infection

I’ve just had surgery and I can’t eat