Is post menopausal bleeding ever 'nor... - Gynae Cancer Support

Hi I'm 58 and had what I thought was my last period 18 months ago, that is, until I had one a week ago. It seemed like a normal period in every respect - same PMS in the week leading up, same cramps/facial spots/mood swings, lasted the usual number of days and was typical flow. My question is, is this ever 'normal' and just a hormonal last hurrah? I'm being fast tracked to Gyn - but just wondered if anyone knew the stats? 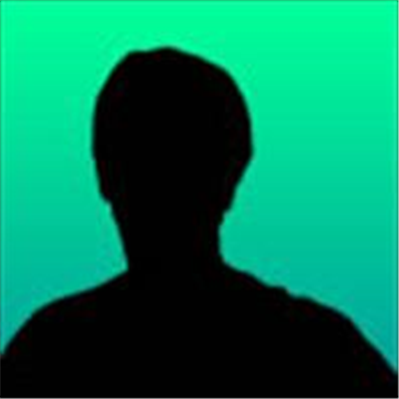 liverish
To view profiles and participate in discussions please or .
14 Replies
•

Well I can answer my own question. Yes it is. I had a interuterine scan, and physical checks and there was no abnormal thickening, no polyps or fybroids. It seems I did just had a hormonal last hurrah, so despite the NHS website which does NOT mention this as a possibility if you have a post menopausal bleed, it seems it is possible (but maybe not common), so please get it checked, but no need to assume it’s something bad as it may be nothing.

Nessie50 in reply to liverish

Hurrah, glad it was nothing sinister unfortunately for me it was a cancerous polyp so always best not to assume and get checked.

My post menopausal bleed, which was much like a period, turned out to be a stage 2 cervical cancer. My first investigation was a transvaginal ultrasound scan which showed no abnormalities. So I was referred on for a hysteroscopy; the surgeon noted abnormalities on my cervix before she even got to my womb. I am very regretful to say I was many years overdue for a smear test when I was diagnosed - 3.5 years ago age 60y. Are you up to date with your cervical smears liverish? - if not PLEASE get one - even if you are confident that your bleed is a hormonal. In the UK the cervical screening programme includes women up to age 64y.

I’m so sorry to hear your story, and thank you for asking, yes, I’m up to date with smears. I’ve since had another period and it just seems that I was a little premature thinking that they were gone for good. I wonder what prompted the hysteroscopy after a clear ultrasound? One was not suggested for me, though I did ask my doctor for a blood test to check for markers and they were happy to do that, they came back ‘satisfactory’ whatever that means. Good luck with it all and thanks for checking the smear situation.

To explain in more detail: after the clear ultrasound (to be more accurate there was a very subtle thickening of the womb but I think it was still within the normaI range) I was referred to a gynaecologist for further investigation of my pm bleeding. The gynae tried to do a smear on me (my GP had recently failed to do one on me) which he was unable to do - I found it incredibly difficult to tolerate speculum examinations when I hit the menopause age 50y which had a lot to do with why I stopped going for my smears. Because of my inability to cope with a speculum I guess there was no point referring me for a colposcopy and the gynae said I would be more likely to tolerate a hysteroscopy - maybe he thought it worthwhile just in case the ultrasound had missed something with the added bonus of being able to view my cervix at the same time? Well yours truly was also unable to cope with the hysteroscopy so I then had a repeat attempted hysteroscopy under GA and that's when my cervical cancer was spotted.

Good to hear you are up to date with your smears.

Golly, I’m pretty shocked that they tried to do the hysteroscopy without a GA after you had problems with a speculum... the NHS has been in trouble with the EU courts over not advising a GA for those as its likened to torture, especially for women that have gone through the menopause when the cervix is tightly closed. When you had your post menopausal bleeding, did it feel like a period? How are you doing now, I hope your treatment is going well. You have my best wishes.

To be fair I was given an option of a GA for the hysteroscopy from the outset but I've always tried to avoid medication (I would include GA in that) and the gynae seemed fairly laid back about it so I chose to give it a go without. The hysteroscopy team were very caring and stopped the procedure as soon as I got distressed. I didn't know about the EU courts position on hysteroscopy and GA , that's interesting. Perhaps similarly, whilst most women are OK with the speculum some are absolutely not and I think more should be done to support such women. It grieves me that whilst a couple of GPs reminded me about my smear tests they made no attempt to understand why I stopped going age 50y and just accepted my 'decision' not to do it. If I had known that I could have had a prescription for topical oestrogen which apparently can help make the smears more comfortable for menopausal women I'm pretty sure I'd have felt more positive about getting a test done. Something else I wished I'd known about is HPV self testing and I think it is high time that the NHS embraced this as an alternative to smear testing in a clinical setting. Thirdly I think it's likely that had a GP suggested doing a smear test during an appointment for something else I'm fairly certain I'd have agreed to give it a go but it seems you have to do specific training to be authorised to do a smear test these days and understandably GPs leave it to the practice nurses.

Yes my pm bleed was similar to the start of a period. I was chilled out watching the TV one evening and suddenly I felt that familar warm rush from my vagina - it was instant meltdown when I realised it was blood - that's where the roller coaster ride that is a cc diagnosis and treatment began. It was about 6 weeks from first bleed to start of treatment and during that time I had erratic bleeding with one very bad day (New Years Day - trust me) when the bleeding was almost projectile with clots and I went to A&E.

I'm now just over 3 years post treatment so have around 2 years more of follow up appointments with the oncologist and so far I am NED (no evidence of disease) - I don't use the phrase 'all clear'. Unfortunately I have several long term side effects notably lymphoedema (need to wear a strong compression stocking) and bladder problems (10 UTIs etc. over the past 3.5y) which are fairly debilitating so I retired earlier then planned. But I don't court pity, I tell it like it is because I want to drive home the message of the importance of smear tests - why risk it for the sake of a 5 minute test!

Thanks for your candour Perido, and may the NED situation continue... My bleeding has been exactly like a normal periods, including PMS, so I think I'm just back on that particular treadmill a while longer.

I have been referred for a scan and possibly a hysteroscopy this coming Friday on the 2 week rule after a pm bleed. Had a cervical polyp removed last year which was completely benign

Trying to keep calm and not worry too much! Wish me luck!

Perido in reply to

If you are having a hysteroscopy without GA then maybe take a couple of paracetamol an hour before your appointment - that's what I was advised to do by my clinic, but if unsure call your clinic to check. Hope all goes well for you - not too long wait which is good.

in reply to Perido

Hi Perido thank you for your reply. The hospital sent an information leaflet with my letter and they also advised taking paracetamol an hour before. You are right that it is good that I don't have long to wait; I find it difficult to be patient sometimes but am trying to keep busy. It's the not knowing which is driving me a bit nuts! I go from being sensible and rational to imagining the worst but I know the best thing is to try to keep calm and take things as they come.

Thanks again for the advice. I found this thread really helpful; it made me feel less alone

liverish in reply to

Hi Janeaustenfan, unless you have problems with GA’s, have you been offered/considered one for the hysteroscopy? Perido’s advice about pain killers is good, maybe plan to have someone with you too if you can. Best wishes and I shall be sending positive vibes your way on Friday!

in reply to liverish

Hi Liverish thank you so much for your reply and the advice. The hospital's plan is to do a TV scan first and then a hysteroscopy if they find anything I think. The leaflet they sent advised paracetamol and said to let them know if I was prone to fainting on my period (which I was before I went through childbirth (breech baby!)). I have fainted before when in pain but not during recent tests (colposcopy) but I wasn't sure whether to contact them in advance to discuss this or to wait until the day. I think I might phone up and ask.

Just a quick update for anyone reading this post; the bleeding is due to declining oestrogen levels. Scan showed normal womb lining levels so no need for hysteroscopy. (Up to date with smears). Have to keep up HRT I'm on and keep in touch with GP about oestrogen dosage to avoid more bleeding. They found a small ovarian cyst on the scan which is not related to the bleeding so I have another scan appointment in 4 months to make sure it hasn't grown. So, all in all, good news although the cyst was a surprise!

Thank you for the support!