This is of interest because it provides clues as to how to mitigate or prevent Parkinson's. See the commentary by Dr. Shallenberger that I posted below. Also, at least one person on this forum has questioned whether alpha synuclein is actually the cause of Parkinson's. This study helps to answer the question in the affirmative:

Results of the study, published Nov. 2 in Science, suggest promising new targets for drugs that could interrupt Parkinson’s disease progression. The study, the researchers say, focused on Parthanatos, a specialized “programmed” pathway toward cellular death named for Thanatos, the ancient Greek personification of death, as a key driver of nerve cell degradation that is a marker of Parkinson’s disease. It is distinct from other known forms of programmed cell death such as apoptosis (a normal part of growth and development) and necroptosis (generally cell death due to disease or injury). The first step down Parthanatos in Parkinson’s disease is the accumulation of misfolded proteins in brain neurons. These proteins, known as alpha synuclein, have long been linked to Parkinson’s disease progression, but it was unclear how they specifically affected brain cells"

Commentary by Dr. Shallenberger from his second opinion newsletter:

"the action of PARP1 is to decrease cellular energy production by lowering the NAD/NADH ratio. It is this lowering of the NAD/NADH ratio that causes the cell death in Parkinson’s. So, what if there was a way to maintain and even increase the ratio without having to resort to drugs that block PARP1? It turns out that there are all kinds of ways.

Two safe and easy ways to increase the NAD/NADH ratio are regular aerobic exercise and intermittent fasting. Another way is to take any of the following natural substances, all of which have been shown to increase the ratio: the B-vitamin niacin, bitter melon, curcumin, fish oil, thyroid hormone, and nitric oxide boosters (CircO2), alpha lipoic acid, quercetin, and cannabis. " 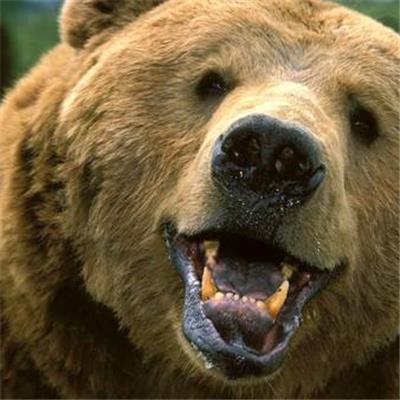 park_bear
To view profiles and participate in discussions please or .
Read more about...
13 Replies
•

There are other ways to increase NAD+. Infrared sauna, excess body fat, malic acid, apigenin, leucine and fructose to name a few.

There is also a substantial SoPD blog post from Simon on this research.

The comment section of this SoPD blog post is also well worth a read. The following link is to an article referred to by Patrik Brundin in one of those comments:

The dosage says 250mg Niacin in the study. Is that daily? Is there any way to determine frequency? Does any one have experience with safe plus effective dosage of niacin?

My husbands natural doctor has just emailed to recommend niacin ( the flushing one not niacinamide) . She said to start on 25 mg 3 times/ day then increase dose by 25 mg each day adding evenly over the day until flushing occurs. Then go back to the dose from the day before and that is the required dose.

Careful with Niacin.....can cause kidney stones.

Dr. Frank Shallenberger (secondopinionnewsletter.com) lost his license to practice medicine in the state of California and has faced numerous disciplinary actions.

Yes that is true. He is an independent thinker and got in trouble for not following standards of care. It is also true that he is an avid reader of medical research and everything recommended in his newsletter is backed up by citations to legitimate medical research, such such as information posted above, which originated with this study: science.sciencemag.org/cont...

Thank you very much for sharing. Amazing! Let me add to that:

Do you want to fight back PD then consider fixing your insulin resistance with intermittent fasting, exercise and walking. They are best ways of increasing NAD+ naturally.

🔑 PLEASE Don’t Underestimate the importance of Insulin sensitivity.That is the key. The real key to many chronic diseases including PD.

GioCas in reply to Kia17

This could be true Kia, also because in my opinion if we want to accelerate the restorative reactions of NAD + and all the enzymatic processes that derive from it, all the vitamins and minerals are needed in the proper amount that only a good and proper diet such as yours and exercise can give.

Gio, please email these links to MJFF! Just kidding, I wish we could reach him.

"This toxic cascade was observed in human, but not in mouse, PD neurons at least in part because of species-specific differences in dopamine metabolism. "

To be kept in mind regarding all those preclinical studies suggesting this or that substance might be useful because it worked in mice to prevent an artificially induced form of parkinsonism.

Phenylbutyrate for Alpha-synuclein Clearance from the Brain

In our previous research, we...

LL-37, a natural antimicrobial molecule present in the brain and gut, Suppresses Alpha-synuclein Clumping in Parkinson’s

harmful clumps of the alpha-synuclein protein — a hallmark of Parkinson’s disease — and prevents...

more, the protein involved in Parkinson's disease, α-synuclein, is elevated in melanoma cells.\\\"...

year now. The basic research has been going on for 20 years. The key researchers are the brilliant...