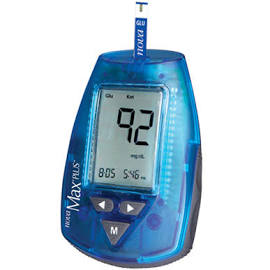 A couple days after reading MBA's timely post "The Number One Tool for 2019" (regarding glucometers), and in particular the author's statement that EVERYBODY could benefit (including "people who just went to the doctor five minutes ago and were told their blood sugar is normal"), I broke out my old 'Nova Max Plus' glucose/ketone meter together with a batch of unused glucose test-strips. I'd last used the meter about 2 years ago after giving up on an experiment with the keto diet (despite strict adherence to macro ratios I could never achieve results claimed by non-PD adherents).

I had just this past week received a copy of lab results of a blood panel done for an upcoming dr's appointment and both my blood glucose and HbA1c were deemed "normal". With that in mind I was hoping to disprove the authors claim that, "your doctor doesn't order the right tests". Besides... lean, relatively fit guys don't get diabetes, right?

Unfortunately, after 3 days of testing both fasting blood sugar levels (upon waking/before meals) and the recommended "1hr after meals", I discovered that I am consistently deep into the pre-diabetic range. Now I'm a believer. In my search for practical remedies, I came upon this summary of another recent study further implicating insulin resistance in all that ails us:

“Insulin resistance (IR) is a precursor to type-2 diabetes (T2D). First suggested in the 1960s, a growing number of studies are finding links between Parkinson’s disease (PD) and T2D.

"This study suggests that nearly two thirds of non-diabetic people with PD may be insulin resistant, despite having normal blood sugar, and in some cases, despite being lean… Another important take-away (although not specifically addressed in the Hogg et al. (2018) study), is that there are an increasing number of studies suggesting that IR negatively impacts dopamine functioning in the brain [*IR is a likely PD 'facilitator']." 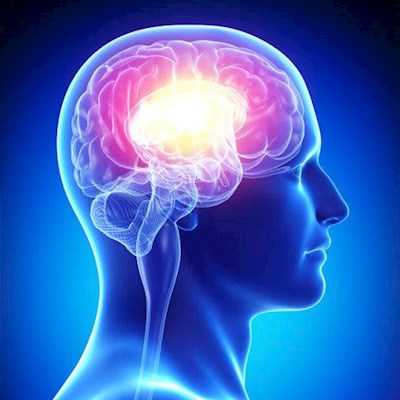 PDConscience
To view profiles and participate in discussions please or .
Read more about...
10 Replies
•

Very useful information. I asked my doctor to add to the analyzes that I have to do, also about insulin resistance. Thank You.

Abstract of the study here:

From the full text:

"Complicating matters is that there is little consensus as to what constitutes normal and abnormal insulin sensitivity...

HOMA-IR [Calculated insulin resistance] did not significantly correlate with weight-adjusted LED [Levodopa equivalent medication dosage], as well as with PD duration, LED, MDS-UPDRS and HY[Hoehn and Yahr] scores. Mean H&Y scores were virtually identical between IR and non-IR subjects and there was no significant trend in HOMA-IR by disease severity between stages of the H&Y (data not shown). Similarly, mean MDS-UPDRS measured either in ON or OFF state did not differ between IR and non-IR subjects."

Also, there was a significant mismatch between insulin resistance as determined by calculation (HOMA) versus A1c measurement. They claim the HOMA method is better but I am unconvinced.

In any case they failed to find any correlation between insulin resistance and Parkinson's severity.

That said, I agree it is incumbent upon anyone who wants to be healthy to limit intake of simple sugars and thereby avoid the high blood sugar that is known to damage arteries and cause cardiovascular disease.

parkie13 in reply to park_bear

Park bear, this is going to be another 1 of those cases with dueling studies, because there are a lot of studies that link insulin resistance not just a PD, but Huntington's, Alzheimer's, and probably others. I think years of sharply spiking glucose also has adverse effects on the microbiome. I can imagine spiking glucose triggering many maladies.

There may well be other studies that make that link. My only claim here is the study at hand does not provide convincing evidence.

Agreed. Everything has a conflicting study. That's what makes brain chemistry/nutrition so much fun.

Which may well be why researchers have had initial success with trials of drugs developed for T2 diabetes (such as exenatide) and why some PWP claim benefits from following low carb/ketogenic diets (that have been shown to control/reverse T2 diabetes). Avoiding sugar and simple carbs has got to be good for your health regardless.

That's why it is vital for PWP to eat clean and healthy. Our fate is in our hands.