Tremor at bedtime, when the Sinemet wears off, has become a significant problem for me in recent weeks. Not only does it keep me awake for hours at a time but it disrupts my wifes' sleep and she is my main carer. My Parkinson's nurse has suggested I try Procyclidine to counteract the tremor. Does anyone on this site have experience of this edicine? TIA 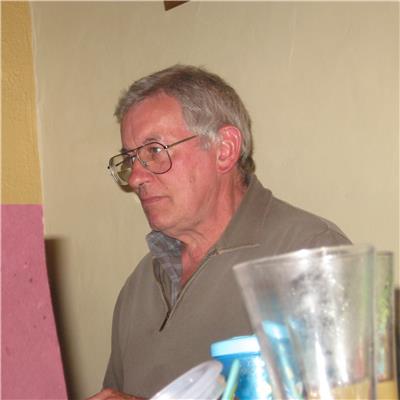 plainbob
To view profiles and participate in discussions please or .
Read more about...
8 Replies
•

I take 3 CR sinemet during the day and I take half of a CR sinemet before going to bed at night. It calms my Tremor and I am able to sleep. I don't know your dosage of sinemet and I don't know anything about the drug that you are asking about. I would just say which one has less side effects.

myBeloved gets tremor when he's stressed, which prompts me to ask how you feel on going to bed. He relaxes with music, light foot/hand massage, and chat. He isn't tremor dominant - are you aware what's set it off these last few weeks? All kinds of things can set us off, I think.

The Extended or Conrolled Release version of Sinemet may help.

A few stretches, yoga if possible, soft music, see doctor about controlled release version of Sinemet, avoid heavy foods too close to bedtime, deep breathing, no television/phone/computer for at least an hour before lights out.

There seems to be some good advice in the replies above and I hope you are able to gain the help you require.

plainbob in reply to SufferingSocks

I think there is sage advice in the responses to my query about tremor. I will ponder and discuss with my PD Nurse. Many thanks to you all

ARE YOU A NON TREMOR DOMINANT PD PATIENT WITH DYSKINESIA? IF SO, PLEASE HELP.

Hi, your suggestions would help a lot. I am beginning to have dyskinesia more frequently. Mostly...

(arm/hand) a LITTLE, but does almost nothing for tremors (neither did the Sinemet).

anxiety and tremor as part of your symptoms, with occasional dyskinesia, would you say you tremor...

Why does my tremor vanish when I'm falling asleep?

then the tremor begins again. Is it something to do with the a beta/delta waves of sleep? Its so...

I Was Not Aware Of This About Tremor Dominant PwP

Only in France - a solution for gait problems