Posting here as it's so hard to talk to my mums' neurologist. Mum (96) is on Levodopa 125 three times a day and 125 half Sinemet at night. I believe she has been undermedicated for absolutely ages and has terrible drops every day. Neurologist has just given a prescription for 62mg to be added to her existing doses. BUT.....I thought he said add to each dose building up with a week apart.....(I'm not sure if he did!) Long story short mum's drops are so bad and she feels so terrible (weak, feels very unwell, mood terrible), that we've added in the extra dose to 3 out of 4 of her doses rather quickly. I thought it was all good but now I'm not so sure.....we've only been on the extra doses for around 2 weeks......have we added too much too soon? Today she said she felt dreadful, restless and can't get comfortable etc but she feels like that when her meds are running out. Should we have only added to one slot and then waited a week before adding to another slot etc? She so desperately needs something to get her through the day.

I hope this makes sense to someone. Sorry about the lack of detail on meds but I'm going from memory and don't have them in front of me.

PS Have written to the neurologist's secretary but I know that can take weeks. 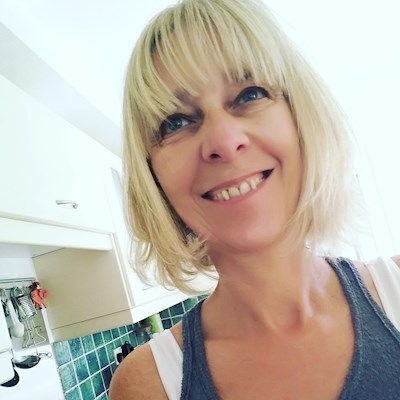 heidle
To view profiles and participate in discussions please or .
Read more about...
18 Replies
•

Where do you live ? If in the u k you can contact your PD nurse or Parkinson’s UK they will have an adviser that could help you 😀

heidle in reply to ruff1

Yes uk. Thanks I might give that a go. The Parkinson's nurse is extremely elusive....

ruff1 in reply to heidle

Parkinson’s UK support the Parkinson’s Nurses and one of the advisors told me that if ever I couldn’t get hold of the Parkinson’s nurse to contact them and they would sort things for me , worth giving them a call 😀

heidle in reply to ruff1

Thank you that's good to know.

When you say "drops", do you mean falls, as in falling down? If so, she needs to be evaluated for orthostatic hypotension, which is simple to do with a good blood pressure cuff. Also, you should talk with her and understand from her perspective what is happening that causes the falling.

As to dosage, is she feeling worse with the added dose? If so, then you should back off. Levodopa meds are purely for symptomatic relief, so be guided by what best reduces symptoms.

PUK have a helpline and you can ask advice.

Also it maybehelpful to keep a diary for a few days recording times of drugs taken, symptoms expterienced to see if there is any pattern. Rather than increasing the amount each dose she may be better with the lesser amount given more frequently and a diary would help show that. As park bear says it may be a bp problem, taking her BP when she has an episode could show that. And make sure she is drinking an adequate amount, dehydration causes low BP too.

I hope you are not feeling guilty, you havent done anything wrong, its very difficult trying to get meds adjusted right. Older people are more sensitive to increases I think.

heidle in reply to Hikoi

Thank you. I did think the neurologist would increase the frequency but he said it's harder to divide the dose over 5 slots a day which it is of course. Does anyone take 6 times a day ? Must be difficult to sort night times (which have been really bad with rls).

Really bad with RLS? The neupro patch rotigotine (once every 24hrs stick it on) small dose to begin with up to 8mg max is used to (effectively in our situation) treat RLS, and at the higher doses it seems to help myBeloved to maintain flexibility. He has breakthrough cranky moments, which I suspect are due to the meds waning off. He goes incommunicative when the levodopa stops working. He takes 125 madopar five times a day. I give them now 6,10,2,6,10 (one of these is slow release). Eating in between seems to be going great. He's 87.

Thank you for that. Is Madopar the same as Sinemet ? Which one do you give as slow release and why only one ? Is it the 10pm night time ?

I'm including this in case it is useful: netdoctor.co.uk/medicines/b...

and I suggest typing a search "is sinemet same as madopar" as it gives lots of info.

Yes, the slow release capsule helps during the night for moving in bed. Kind wishes.

Thank you so much for your reply

Rytary has helped my husband stay even all day because it is time release dopamine. It is expensive, but we go into a program that helps pay for it. He had terrible stress when it was wearing off. Now he isn't complaining.

That's interesting. Thank you. Is that different to half Sinemet which is a slow release too and my mum gets on the nhs. Are you in the UK?

He tried the extended release Sinemet and it still didn't help. Rytary is a capsule with little beads in it that release at different times during the 4 hours. I am in California. Rytary is supposedly around $300 a month ,but with financial help from a company that helps get medication cheaper to those who need it, it is down to about $50 a month .I think that is right, I haven't tried to fill a prescription yet, he was given samples by his doctor to start with. If you want more information I will get you the name of the company and other info.

We have a good neurologist now. What a godsend to finally have one that is kind. I mentioned my frustration with hisold neurologist to his general practitioner, and his assistant commented, "Neurologists are an odd bunch."

Thanks so much for that. Ill need to do some research...probably all different here in the UK.

grandmama16 in reply to rhyspeace12

Hi, I'm in Utah....my hubby is on Sinemet with no agonist like Regilegin....oh darn probably spelled that wrong. He was taking that but the readout from the pharmacy said that if taken with Sinemet could cause high blood pressure. He had fallen a couple of times for no apparent reason so we decided it could be from BP so stopped the Regilegin but he is still sleepy a lot as he was before. He only takes Sinemet at night. I read and hear from our group that several doses are taken during the day. He has trouble getting up from his chair, freezing I think, but usually walks ok and seems his tremors occur mostly in the eve when Sinemet has worn off. He hasn't been to his Nuerologist in awhile, nor his reg. Dr. in a year. He's stubborn like that. At 75 just doesn't care. He didn't want to go to his PD group last night tho I would've liked to since people were sharing their diagnosis stories. He stopped going to exercise group since it was pricey and didn't seem to help. The original exercise for PD was lead by a great therapist and I slipped into that group and liked it but she moved and it hasn't been the same. I have Fibromyalgia...for 15 yrs....take meds. and walk the dog. That's it as far as exercise for either of us. Going somewhere is difficult for both. We have family who drop by and youngest son lives with us....thank goodness. He picked him up from one of his dad's falls. I tried on another and was only able to manuever him to outdoor steps so he could get up with my help. He has gained weight in the last few years....he's 250 or more. Oh dear, I'm rambling as I don't get to talk to people much. We go to Mass but aren't near as active as we used to be. He plays Cribbage with a shut in daily and we do weekly with his sis. That's it. I bought Hemp oil and only use it to make a lotion with coconut oil for his beard and feet. I'm afraid to take it orally as I don't know how much. I'd like to know how you two are doing with PD. His was diagnosed sometime before our 50th anni. 5 yrs. ago. He had that mask face in our picture....doesn't now. Tremors have lessened as I have early ones on a camera. Bye for now.

Interesting that he is doing so well on so little Sinemet. I suggest he see the neurologist more often in case a problem does come up. It is so hard to get appointments quickly and you should stay in the loop. When my husband started taking Resagaline (Azilect) it made him dizzy and I took him off it. In our support group, several women come on their own since their husband's with the PD refuse. The even have a support group for the care givers, who are usually the wives. Women who have now lost their PD husbands, still come as they developed good friends there.

I know what you mean about needing someone to talk to. It is a lonely illness, with so many constant changes that I have to deal with and I feel like I have Parkinson's too, which I don't.

Marijuana is legal in California and I have my first plant going; it looks great! I am going to experiment with it, maybe make some canna butter in my crock pot for him. I've even thought of using it myself to calm down dealing with his problems.

When to increase dosage of Carbidopa/Levodopa

Neurologist said well you can up your dosage of Carbidopa/Levodopa - do you want...

doubling the amount of Levodopa going into your body? I understand that taking too much meds can be...

New to Parkinson's? Or not new, but tired of taking supplem...