This is interesting. Lists compounds that affect thiamine in food and supplements. There are a lot of things on that list that we eat! Might explain why the thiamine requirement is so high.

Thiamine in foods can be destroyed by anti-thiamine compounds that occur naturally in food or are produced in food as a result of microbial or other action. Dietary analyses may indicate adequate intakes of thiamine, but do not take into consideration the influence of anti-thiamine factors in the diet that may affect the requirement of the vitamin. Studies indicate that situations may exist where such factors may influence the availability of the thiamine present in the food.

An early documented case of thiamine deficiency resulting from the ingestion of food containing such thiamine antagonists was that seen on a fox farm owned by Mr. Chastak in the 1940's. The neurological disorder in the commercially raised foxes fed a diet containing about 10% raw carp was referred to as 'Chastak paralysis'. The condition was brought on by a thiamine-degrading enzyme (thiaminase) present in fish gut tissue. Cooking the fish prior to feeding them to the foxes prevented occurrence of the syndrome, apparently by heat-denaturation of the thiaminase. Thiaminases are present in the raw tissues of many fishes, chiefly fresh water fishes but also in Atlantic herring. These are heat labile and can be effective antagonists of the vitamin when consumed without heat treatment (Combs, 1992).

In the Philippines, the Tagalog word for beriberi is 'bangungut' which means nightmare and classically death occurs in sleep after a heavy meal consisting of rice and fish (Lonsdale, 1990). The thiaminase in the fish may compound an initial marginal dietary thiamine deficiency and can be fatal.

Probably the first description of thiaminase poisoning in humans was documented in the diaries of explorers in 1860-61 in Australia (Steinhart et al,1995). An Australian fern (Marsilea drummondii) with high levels of thiaminase was the cause of the death of the explorers. Aboriginal people in Australia prepared the fern sporocarps by grinding them with water to make a flour paste which could then be made into bread or eaten in a soup. However, the expedition members failed to realize the importance of this method of preparation and did not leach out or inactivate the thiaminase in the fern before consumption. The expedition members became progressively weaker, developed muscle wasting and eventually died of beriberi.

Heat-stable thiamine antagonists occur in several plants; ferns, tea, betel nut. They include polyphenols; these and related compounds are found in blueberries, red currants, red beets, brussel sprouts, red cabbage, betel nuts, coffee and tea (Hilker and Somogyi, 1982). They react with thiamine to yield the non-absorbable thiamine disulfide. In addition, some flavonoids have been reported to antagonize thiamine as well as haemin in animal tissues. (See Table 15).

Some bacteria (e.g. Bacillus thiamineolyticus) are also capable of destroying thiamine. It has been reported that 3% of Japanese show a thiamine deficiency due to this cause. Thiaminase bacteria have been frequently isolated from human stools in Japan and it was reported that the thiamine levels in the blood of these patients was low in spite of adequate intake largely due to the destruction of thiamine in the intestines (Bhuvaneswaran and Sreenivasan, 1962).

In Thailand, biochemical thiamine deficiency was reported to be common in the northern and north eastern provinces. Approximately 25% of the subjects studied were found to be deficient, i.e. TPP effect > 20% (Vimokesant et al,1975) and showed signs of extremity numbness, anorexia, weakness and aching of calf muscles. In the northern provinces about 80% of the adults chewed fermented tea leaves as a stimulant while betel nut chewing was common in other areas. In the north eastern provinces, fermented fish was eaten daily. A study undertaken by Vimokesant and others (1975) showed that the abstention from both betel nut chewing and raw fermented fish consumption resulted in a significant reduction of the TPP effect. The TPP effect again increased significantly when the subjects resumed their chewing habits. Cooking of fermented fish destroyed thiaminase and resulted in a significant decrease of the TPP effect. Thiamine supplementation (10 mg/day) further decreased the TPP effect and could counteract the effect of raw fermented fish consumption but was not sufficient to neutralize the effect of betel nut chewing. The habitual diet of the people studied provided for the RDA for thiamine (1.0 mg/day) thus suggesting that the regular consumption of natural anti-thiamine substances can lead to a biochemical thiamine deficiency even in the presence of adequate dietary thiamine intakes."

One of the things on the list is quercetin so I was wondering whether it would be best not to take it, but then I read this about how it stops mercury by binding to it so now i think it needs to stay, although it also binds to other minerals so might deplete them: 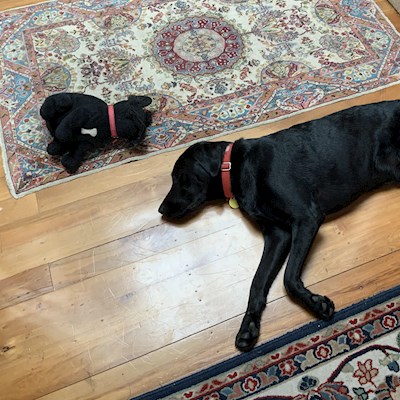 LAJ12345
To view profiles and participate in discussions please or .
Read more about...
8 Replies
•

Some bacteria (e.g. Bacillus thiamineolyticus) are also capable of destroying thiamine. It has been reported that 3% of Japanese show a thiamine deficiency due to this cause. Thiaminase bacteria have been frequently isolated from human stools in Japan and it was reported that the thiamine levels in the blood of these patients was low in spite of adequate intake largely due to the destruction of thiamine in the intestines (Bhuvaneswaran and Sreenivasan, 1962).

A very interesting read, but shame about an article in 1962 which is clearly out of date. A newer version, please.

No one is stopping you from doing this research yourself.

Sorry I hadn’t noticed it was so old. But Just because the information is old doesn’t mean it is out of date if it still is true. For people like me quite new to this topic we don’t necessarily know this older information just because it has been around a long time because we have only been reading up about it for a couple of months. There is a lot to catch up on!

I hadn’t realised about quercetin interacting with the B1 for example so does that mean it isn’t a good supplement to take despite its good points?

Good stuff - thanks for posting this.

These effects were of major concern for people not normally supplementing their thiamine - even 10 mg of supplemental thiamine made a big difference for them. So they must have been getting only a few milligrams, at most, of thiamine in their diet. I suspect these anti-thiamine compounds are not present in high enough quantities to make much of a difference given the massive amounts of thiamine we are taking.

Be that as it may, I will be sure to allow some time between my thiamine dose and blueberry consumption.

I see, but if you are taking big doses of antioxidants do you think it would have the same effect? Eg I have been giving my husband quercetin supplements so they are stronger than would be found in food. I will try and find out! Thanks for that link, I hadn’t realised there was a different google you could use.

Also in food the antioxidant is bound up until it gets to the correct point in the gut where it is digested but in a capsule if taken at the same time as the b1 it might be more likely to encounter it.

Gelatin capsules dissolve really quickly as I have discovered holding them in my mouth a bit too long.

As to the effect of antioxidants and other substances, that would have to be researched on case-by-case basis.

Interesting subject! Just during last few weeks I have discovered that horsetail tea which I have been using lately contains thiaminase.

"Crude horsetail contains the enzyme thiaminase, which destroys the B-vitamin thiamine. Thiaminase poisoning may lead to permanent liver damage. The Canadian Health Protection Branch prohibits this enzyme in dietary supplements, and supplement manufacturers must provide supportive documentation of its removal. "

Then last night I was reading book with the lovely title - "Is your cardiologist killing you?" by Sherry Rogers, MD, where on p.77 I came across the following information:

"Sometimes thiamine cannot normalize until a magnesium deficiency is corrected, or diuretic is replaced by curing the blood pressure. For many others thiamine deficiency is sustained because they have an overgrowth of yeast in the intestines called Candida albicans that secretes the enzyme thiaminase that destroys vitamin B1 before it even gets a chance to get absorbed."

And I am just amazed to come across this post today - it seems there is so much more to this subject than meets the eye... And what other substances contain thiaminase? May be we should have a list compiled and posted.

Yes, and an enzyme recycles itself unlike a chemical ie it passes the molecule through, disables it then onto the next one, whereas a chemical might disable it in a one to one reaction then be disabled itself. So enzymes are probably worse as they hang around until something disables them.

multiple articles regarding the utilization of Thiamine for Parkinson's, there appears to be a...

that Mannitol was a diuretic but was unaware that Thiamine HCl was one as well until I read some...

Thiamine as per Dr. Constantini

supplement of Vit. B1 in the hope that it will have some effect on the facial freezing which is my...

When to combine thiamin and prescription meds

introducing thiamin. Given that her prescriptions are changing, should I stop the thiamin so that...

New to Parkinson's? Or not new, but tired of taking supplem...