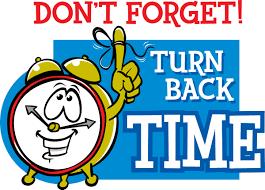 We're at that time of the year again

When we gain another hour.

By the gentlemen in power.

All it means for me though,

For laziness is my blight,

That all the clocks in my house

Will once again be right. 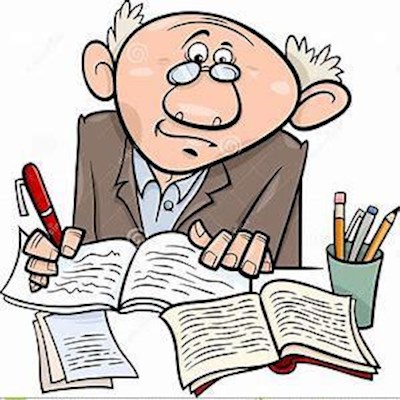 Don-1931
To view profiles and participate in discussions please or .
29 Replies
•

Love it. I have the problem with the clock in my car. For six months I shall have to do a mental adjustment but I can’t remember which way to adjust it. Early? Late? Zebra of little brain....

Just leave it be. For six months of the year you'll be an hour early for appointments so take a book with you, not a problem.

WheezyAnne in reply to Katinka46

Spring forward, and (borrowing a word from American Dictionary), Fall (Autumn) back. I learnt that not so long ago, as I never could remember either.

Same here with the clocks 😄

Every year for the past several years I think there’s been this debate about whether this will be the last time (isn’t that a Rolling Stones song?) the clocks are changed. I don’t think anyone wants it. We shall see...

Brilliant Don! I’ve given up with the microwave clock and messed up our bedroom clock so have to add an hour to get the right time. Confused? You and me both! Xxxx

It surprises me that my central heating timer does it itself.

Thanks for the reminder, Don.

The clock on the oven is the one I struggle with and I've given up on the car one. Good to hear I'm not the only one!

Have a good weekend and enjoy the extra hour!

It bothers me not to gain an hour

When instead of four the pain wakes me at three,

An earlier hour to hope and see

If the analgesia works today for me,

If not an extra hour of pain for free!

Thanks for the reminder. Don. 👍

Morroco have decided not to change their Clocks........Hmmm,

HungryHufflepuff in reply to Hacienda

Some US States don't change their clocks. Arizona, Hawaii and... a third one I think. They manage just fine. It wouldn't be too complicated for the UK to stick to one time and not keep changing it. I didn't know Morocco has decided to stop changing time. I think the "daylight saving" started in one or other war but now it doesn't really achieve much except very dark very early evenings.

Don-1931 in reply to HungryHufflepuff

During WW2 it was two hours.

HungryHufflepuff in reply to Don-1931

Fascinating thanks Don, even though I somehow almost reported you instead of clicking on the link. I learn something new every day here. I wondered how it is that some time zones have a half hour difference. I didn't know it used to be a 2 hour difference in the UK. Dark mornings are problematic but so are the dark evenings. Whichever end of the day has the darkness is problematic but somehow to me the evening feels worse because it makes the night unbearably long.

A bit worrying the article had to explain the UK was at war with Germany in 1916 though.

Spacecat1 in reply to HungryHufflepuff

Your right the night times from about 4pm it just seems a long time evening. I often take a flask of tea and couple of biscuits with a hot water bottle. Tv on in the bedroom while using My tablet at least snuggled up in bed turn the heating down to save money. Hubby only in the next room on his computer if I need help. The cats come and join me snuggling up trying to find My hot water bottle. Keeps me warm and mask near by if needed.

Can you imagine what was it was like during WW2 with the black-out in force as well. I get great pleasure going into town after dark even now, after all those years, enjoying the street lights and brightly lit shop windows. The Christmas lights knock me out as do Blackpool illuminations.

HungryHufflepuff in reply to Don-1931

I can’t imagine. Or rationing. And bombs falling from the sky all around. I know there are some pretty awful places to be in the world just now but I am blessed to live in peace and freedom, and no food rationing. 🍪🍫🍿🍩🎂🍰🍦🥧🍮🍨🍧🍕🍟🍔🌭🥪🧀🥐🥨🥞🥖☕️

Everything seems to have a clock on it these days! I think the ipad corrects itself, is that right? Can't remember changing it. Love Iris x

HungryHufflepuff in reply to Lyd12

Yes it does, thankfully, or I’d have no idea what time it is 😄

Spacecat1 in reply to Lyd12

Computers change themselves and your mobiles

Time keeps on slipping,slipping.slipping into the future or so Steve Millar said?

Don-1931 in reply to skischool

I wouldn't mind if they could put the calender back a few years.

Should of been a poet lol 😂

My thoughts exactly. I'd much rather the time stays exactly where it is and keep the daylight at the other end of the day grrrr

It’s been an exhausting day, I’ve now got three different time zones in my house, I feel like I’ve travelled half way round the world just going from one room to the next 😁

In Montreal , Quebec we fall back next week. Thx for the reminder

Just waiting to go to theatre

Hi all 👍🏼😁 I’m sat at St Barts in my room all ready in my surgical gown ready to go to theatre...

knows more about lungs than a gp does all I've done in the last 3 years is waste my life away...

wasn't \\"that\\" but got a real shocker from Professor when she told me that the three sets of...

appointment. Ha ha first telephone appointment 22nd. So when I said that I was worried about my...

Hello All! Hope you’re keeping well! Have not been on here for some time, but seeking guidance from

So who went storm hunting last night what a powerful storm ...

My experience with covid