Dehumidifier - worth getting? - Asthma Community ...

I was diagnosed with Asthma in December, but my first maintenance inhaler made me worse, so I only started on the current one (Clenil Modulite) two days before we went on holiday.

We were staying in a warm, dry house right by the sea. I felt awful when we set out to go there, but within a couple of hours of arriving I was much better. I only needed to use 3 puffs of reliever the whole week (two on the first night and one on the second) and I can't remember ever breathing so easily as I did the rest of the week. I've been scrambling over rocks, hiking up cliff paths and running along beaches with no problem at all.

Within 3 hours of getting back to our cold, damp house in a fairly damp Welsh valley, I was reaching for the reliever and back to feeling horrible again.

I already knew damp was a trigger - I feel much worse on humid or rainy days and can barely breathe at all on foggy days - but it's been really hard adjusting to feeling so awful after a week of feeling amazing. Is a dehumidifier likely to help? The whole house is very damp, so if I had it running in just one room would it really make a difference? Or, bearing in mind I've only just started treatment, should I just tough it out until the meds take full effect and hope the problem goes away then. But that means waiting another 7 weeks... 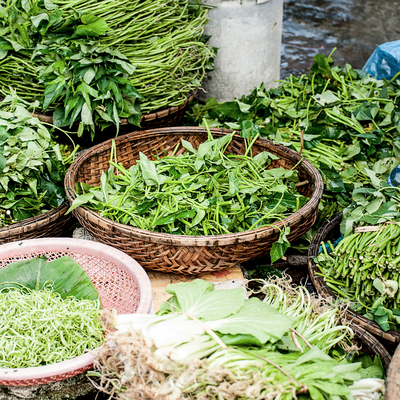 Mandevilla
To view profiles and participate in discussions please or .
Read more about...
13 Replies
•

It's a tough one to answer as it's probably a case of buying one and seeing if it works - but damp in a house is bad for anyone especially someone with asthma! the mould spores it produces can really aggravate your lungs. Perhaps having a dehumidifier running would help but without knowing your personal situation is it possible to remove the damp if it's throughout the house? Even with medication it's a trigger you can do without. It's always best to identify your triggers and avoid them *and* also use medication - even the best inhaler in the world will struggle if you have to breathe in damp in a house all day every day.

Mandevilla in reply to ccccc

Thank you for replying. It sounds as if it would help even if it doesn't deal with the problem entirely, so I'll look into getting one.

Not much we can do about stopping the damp in the first place, and it's a tied house (goes with my husband's job) so moving is not an option.

I got myself a dehumidifier 2-3 years ago, and I was glad to have it, though it didn't seem to make much difference to me though it certainly removed a lot of humidity. I don't want those spores. Now I mainly use when I dry clothes which of course reduces a fair amount of humidity.Our house was very much more damp than it is now, which was why I got it. I did discover that a small desk one is as good as useless. So I got a far bigger one, but they are rather more expensive. It really is worth researching them before you decide to get one.

Our room gets quite damp as it’s on the end of the house and we also have an en-suite so a lot of the damp air from the bathroom comes back into the room and we get black mould on the ceilings and walls. Knowing this can’t be good for my asthma, we invested in a dehumidifier and it’s amazing the amount of water that it collects! I’m not saying it’s cured my asthma by any means but it’s keeping the mould levels down which has to be a good thing health wise.

Another thing that I have running next to the bed is an air purifier which I got from Argos, again to filter out any remaining spores and allergens. I find that I’ve slept better since I had that. I think that anything that improves air quality is always a good thing.

I recently bought an impressive dehumidifier from John Lewis, it’s got an air purifier function combined. It’s expensive but I love it. It’s made a real difference to my house, with less moisture in the air it feels warmer too.

Thank you everyone - it sounds as if researching dehumidifiers needs to be my next task!

same thing had happened to me, I was living on seaside one year, and I was living outside uk for whole my life, I've never ever felt chest pain or chest tightness, ones I moved to greater Manchester, my whole life turned to a hell, and no any solutions worked with me, no any medication could help, inhaler just relieve asthma, some times I feel horrible and going worse worse, then I have to leave to seaside otherwise I will lose my life, I feel fine now on seaside, I can visit main land it, on temporary occasions no more than one day and doesn't affect my asthma, the problem if I stayed longer there or slept there one night or more, so it's no problem going by the train everyday worth of leaving heathy.

Mandevilla in reply to miriALsumayra

Yes, I suspect the area is not good for me either - I've had much more trouble with my breathing since we moved here. Maybe something we need to think about the next time we move, but we're stuck here for at least the next 2 years.

M-A-000 in reply to Mandevilla

The problem is that if you stayed longer then you possibly would never back to normal, even if you go seaside again, that’s what worries me a lot, so I have decided to leave my area even go like homeless, the council knew the problem but they wanted to disperse people in UK equally, because seaside is tourist area, you possibly have severe asthma like me so inhaler possibly wouldn’t help, further medication but it’s so expensive, the doctor possibly would never prescribe it for you, online they said okay it’s easy to have such injections but in reality they will never do.

I have an ebac dehumidifier and the water it takes out of the atmosphere is unbelievable! It is not the smallest one and I have to empty it every 36 hours. I also have aspergillosis, an allergy to mould and fungi, so this is a great help.

I would measure the humidity in the problematic house first. Typically, during the cold winter months, the humidity indoors (with the heat on) is much lower than outdoors. Thus, even though one perseives the weather as "humid and rainy", indoors, with the heater on, the humidity is often < 30% (unless the roof leaks, or the bathroom is not properly ventilated).

Hi, I just thought I'd pop back with an update. Shortly after posting this, someone asked how my asthma was doing and had I tried a dehumidifier - turns out they had one they weren't using so asked if I wanted to borrow it. It was a very old and noisy one, but I tried it on a couple of misty days and it really helped, so we tracked down a more modern machine, second hand on Ebay.

Used it for the first time yesterday and it's been brilliant. This machine shows the RH on the display and it was recording 80% when we switched it on. No wonder I've been struggling!

Obviously, it doesn't help when I need to do stuff around the rest of the house or go outside, but it makes a world of difference knowing that I have a 'refuge' where I can breathe easily.

coughing uncontrollably can last 2 - 3 hours. It is always so much worse at night when he's on his...

crackly breathing. When I’m in bed I struggle to sleep because the noises I make when breathing is...

1st appointment with the respiratory consultant

back until august which I feel is a long time considering I’m not feeling well. Is this normal to...

because I didn’t feel like the salbutamol was doing anything to help. I was then given a clenil...

the awful side effects listed online. I know breathing is more important than gaining weight but I’m

Wiping down shopping after all this time