Recycle your inhalers: Have been... - Asthma Community ...

Have been chucking mine/taking them to pharmacy where they get destroyed.

Now I find they can be recycled! This has been around for a while but I didn't know about it until very recently and thought I would share if Asthma UK is ok with that. The site has a list of pharmacies near you which do this plus a list of what you can recycle (most types of inhaler devices eg Ventolin aerosol, Respimat, Symbicort dry powder, Nexthaler etc etc can be recycled with this; spacers and nebulizer stuff can't).

Sadly not all pharmacies do it yet (and some need to train staff better as I went to one - a Boots - claiming they offered It and the counter assistant had no idea - suspect those ones got destroyed despite the scheme being on offer.) 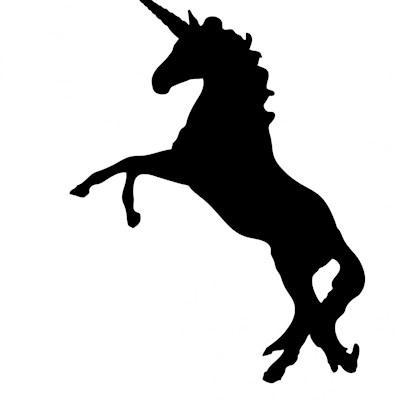 Lysistrata
Administrator
To view profiles and participate in discussions please or .
Read more about...
13 Replies
•

Thanks! I had no idea about this. I never liked throwing mine in the bin but mostly that’s what I did because I didn’t know what else to do. Sometimes I put the canister thing in cans and tins recycling but I don’t know if that’s right. Anyway from now on I will take them for recycling 👍

Thank you, I didn't know this was available!

Good to know, thank you. I wonder why this information isn't widely advertised, though as you say, I too find that pharmacy assistants don't always have answers to queries.

How do we recycle them when they need it as I have one that is going to be replaced soon? If I can recycle it then I will

Hi, you can take it into a participating pharmacy and they should have a box or something to put it in, or tell them you want to use the GSK recycling scheme. The link in the post Take a you to the scheme website where you can put your postcode in and it tells you where the nearest participating pharmacy is.

becky3344 in reply to Lysistrata

Brilliant thank you. I always had mine over to my pharmacy and they dispose of them.

I just checked to see if they are doing it at my pharmacy and they are. Although they hadn't told me when i picked up some inhalers recently.

This is the website to check your postcode to see if you have a scheme at your local pharmacy.

Yes, I read about this quite a long time ago and take mine to my local Tesco pharmacy who recycle them. It’s such a good idea.

It's apparently been going since 2011 but I had never heard of it before!

I wonder if Asthma UK are able to put s link on their website? Realise there may be some kind of regulation around what they can share/endorse but seems quite a few people aren't aware of it. My local pharmacy which offers it does have a box but it is very low key. There is a sign in the window about where you can recycle small electrical items but nothing showing that they recycle inhalers- I only knew it after seeing their address on the scheme's website. It would be nice to have more information provided generally about what you can do with expired medical devices.

becky3344 in reply to Lysistrata

I've just been on Asthma.co.uk and i had a look to see if i could see it on there anywhere. But i couldn't see it anywhere that mentions that you can recycle inhalers now at your pharmacy. Under their resource section, they do have a leaflet down loadable only with the heading "make the most of your pharmacist" but it doesn't mention recycling inhalers.

Thank you for sharing, I’ll certainly do that now that I know 👍🏻

My pharmacy recycles the Inhalers. Always give them in when I've filled a small bag.

LysistrataAdministrator in reply to Destiny10

Do they recycle or destroy them? I read that apart from this scheme pharmacies have to destroy them, but would be good if there are other recycling schemes as well. (Or maybe your pharmacy is part of this already!)

They recycle them so it says on the poster .

a reference that says some asthma inhalers using corticosteroids can be the cause. Has anyone else...

who says I have cataracts. He reckons inhaled steroid use can cause this condition. Not heard of...

Spiriva 72 hrs before no Seretide for 24 hrs and no ventolin for 6 hours prior. Im panicking to say...

Long term use of steroid inhalers

long term use of these inhalers and grew interested. I think in my case the inhalers outweigh the...

hours. After 4 weeks I was given a symbicort inhaller 2 inhalations twice a day and after two...

Wiping down shopping after all this time