Doctor made me cry, feel like an idiot - Women's Health

I was wondering if anyone has any advice on doctors not taking you (and your pain) seriously. I had an appointment with a doctor today after having two lots of OTC medication not work for thrush (which has persisted since mid-March). She asked me why I hadn't taken OTC medication (which I had, twice) and why I was calling (which I said that the NHS webpage says call your GP if medication doesn't work/thrush keeps coming back). She dismissed all my concerns, ('m concerned that my PCOS might be contributing to my thrush) and made me feel like a complete idiot and left me in tears. It's like every appointment I have at the moment I cry because I'm not listened to, given inappropriate medication or just spoken to like an idiot.

Does anyone have any advice on persistent thrush, as OTC stuff isn't working and my doctors aren't willing to investigate further, and how to get your doctors to take you seriously?

Thanks so much, feel completely alone in all this xx 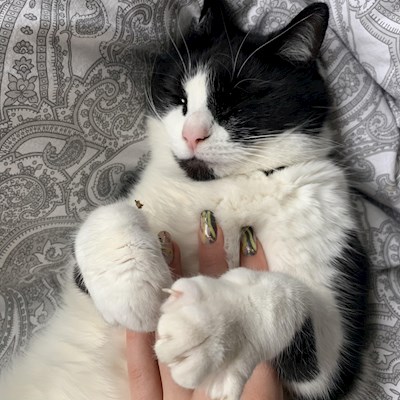 Cats-and-plants
To view profiles and participate in discussions please or .
9 Replies
•

Hi have you tried probiotics to maybe sort out your ph levels. There are also some gels you can use too

Hi, I'm so sorry to hear this experience of yours, as healthcare profession (Pharmacist) this is not acceptable at all for you to be treated this way. What OTC products did you take was it the internal and external preparation? You are right that if they haven't worked it needs to be looked at further. I would suggest speaking to the surgery again and voicing your concerns, you can tell them how they made you feel (I know that is likely easier said than done). Going forward for future prevention have you looked into dietary changes and lifestyle? I hope this gets sorted soon for you x

Hi, I first did the internal pessary and cream in March and then Fluconazole a couple weeks ago, and I was on a course of antibiotics for bv between the two (which I think made the thrush worse). Do you know of any lifestyle/dietary changes that might be worthwhile? Thank you, you’ve made me feel less like a fool x

I don't think there are any set diets as it would require personalisation, sorry I know that isn't accessible to everyone but it would give the best results for overall health

I just saw this and wondered if all was well with you now - so sorry you had such as time with the itching etc - I would have asked you if you had further blood tests around sugar issues - like type 2 diabetes I noticed that you did have some blood tests in the past - but saw you asked about diet too - so hope you got to the bottom of its all in the end I would be interested in knowing if you resolved this. I have some very mild issues like yours but so so mild in comparison. I had a womb cyst removed some years ago benign one and although I was in my 60's they put the marina coil in because they thought it would "thin the womb" keep me from further cysts - I have always wondered if now its at the end of its life ( but will be left in situ forever ) - if there was a hormonal connection with my itching. Dryness and itching seem to be connected and perhaps thinning of the area. Blood tests have shown that I cured my borderline type 2 - but I often wonder if there is a connection with the blood sugars etc.

Anyway I do hope the earlier issues are no longer troubling you.

Unfortunately it's a curse of being a woman apparently. Doctors often think we're exaggerating our pain/symptoms, or that we're making it up. They've done studies into it.

Are there any other GPs at your surgery? You could call for another appointment and ask to speak to one of them.

You could try speaking to the pharmacist one last time too, and go back if that fails.

Are you sure this is still thrush? Do you have the discharge?

Cats-and-plants in reply to Cooper27

I think I will do that, I know there's a doctor who has extra gynaecology experience, but they only work one day a week :(. I'm pretty sure, I have thick white discharge and other symptoms, but honestly I'm not sure at this point, which is why I contacted my GP to see if they could do swabs... but apparently not. I've done some treatment, I guess just wait and see what happens

Cooper27 in reply to Cats-and-plants

White discharge can be a normal part of the cycle, so it can be hard. If the white discharge is only there occasionally and doesn't smell bad, then it'd probably just part of your cycle and you need to look at other causes for your discomfort.

I wondered how you are getting on with all of this? I've been having the same problems.

I kept going back to doctors and they did examinations but refused to do a swab. However, a cyst was found on my cervix and after a US they found a cyst on my ovary.

In between the bleeds i noticed the discharge was really thick and I didnt know if this was normal for me or not. however, no other symptoms of thrush.

December i took an oral capsule but didnt use external cream, started double dosing my POP pill, which was okay'd by the doctor and when i asked "should i do treatment for thrush" she said.. well there's no harm in that.

Each month after that the amount of discharge was massively increased but no bleeding so id take another oral capsule and it would settle.

March time i knew something still wasnt right and i felt another 2 cysts on my cervix. The doctor FIANALLY did a swab and referred me to a Gynecologist (which is in July).

2 weeks it took for my results to come back, again, no real symptoms and luckily id just finished another 2 week breakthrough bleed, but thrush was confirmed.

So.. i took oral pessary, got my partner to do the same. Then a week later took a pessary and exeternal cream for a week, 2 weeks later took another pessary and exernal cream for another 7 days... convinced doctors to do another swab 2 weeks later and doctors have now confirmed its gone. I also think the cysts are gone but i dont want to check in case i upset anything.

On top of this i made sure all the pants i have are 100% cotton gusset, Raw Garden Vaginal Health probiotics (you need to check the strains as some dont reach the vagina), I also drink kumchucha, every day if possible, Kefir, actimel and drink a bit of diluted apple cider vinegar as this is a prebiotic to help the healthy bacteria in your gut.

I had a blood test, finally! Nothing wrong with my sugar levels but i have low sugar diet anyway.

Basically i suspected my bleeds were from an infection and doctors just did not take me seriously and said "thrush doesnt cause bleeding" however, it was so far up in the canal i suspect it was irritating the cervix and causing a bleed. and therefore not causing the normal burning/itch i've had many years ago. The doctors just kept blaming my pill :(. I also had stomach cramps constantly which they blamed on the cyst in my ovary but they continued after this had gone.

I had to keep making a point that it was causing my mental health to suffer as i stopped sleeping, eating properly, stopped exercising. You need to try and get them to take you seriously. The cysts were the thing that kicked the doctors into gear and got them to finally take swabs. I even asked last year "can you do a swab for an infection" and they said NO and told me to talk to a GUM clinic. Even they didnt take me seriously.

I am still double dosing my pill in fear my hormones will change and cause a flare in the thrush or i bleed again. Im seeing gynecologist in a month so hopefully and she will take me seriously.

ago and I thought it was Thrush. I took the oral tablet which usually works straight away, but 1...
•
14 Replies

caused my thrush. They given me a oral tablet to take, and I have been given thrush cream aswell...

to have given me up. She had me at a young age as well and she did he best she could do I’m really...

communication with one Ukrainian clinic which we gave up to work with two years ago. The way...

headaches, sensitivity to light, rhinitis and flu-like symptoms. I have more symptoms, but the...