I’ve had a UTI for almost 2 months

Had amoxicillin at first but it came back. Then was given antibiotics for a ‘skin infection’ as thats what the lab results showed instead of a UTI

However, still felt like a water infection, symptoms for severely worse and sent another sample off which showed an infection. I’m really poorly at this point but the GP prescribed me capsules instead of liquid and I can’t swallow tablets even tiny, I WISH I could

Had the 3 days but two days later felt like it either had came back or needed a longer course, called my GP who prescribed tablets again. Called my GP back but they are refusing to re prescribe as it costs the NHS a lot of money for the oral version and the receptionist really put me down. They said all they can do is try amoxicillin which I tried first weeks ago, it came back and I’ve already started the nitrofurantoin course

I’ve resulted in calling 111 back and waiting on a callback from a clinician who should hopefully re prescribed the nitrofurantoin.

My question is was it wrong for the Drs to turn me away even though having the oral version is last resort? Can the GP physically not prescribe it or was it a choice? I just feel so upset and poorly with this UTI, had it almost 2 months and I feel like if the drs had diagnosed the UTI the first time correctly, I wouldn’t feel like this 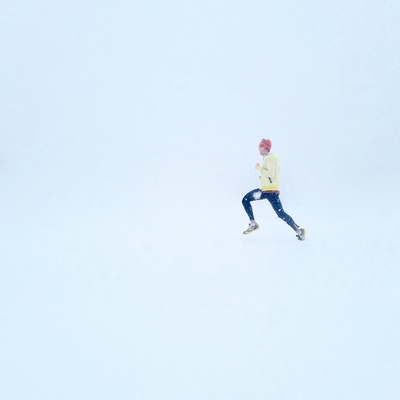 flowerygirl
To view profiles and participate in discussions please or .
Read more about...
11 Replies
•

🤔 Was it simply the Receptionist who gave you this information, or a GP who refused it because of cost.

Nitrofurantoin is available on prescription. It comes as capsules, tablets and a liquid that you drink.

But instead he’s just prescribed amoxicillin again, which was the first medication I took that didn’t help

The GP is correct in saying there is a very high cost for the liquid, it could be the practice budget won’t cover it. Capsules shouldn’t be opened, but would it be possible for you to crush tablets in water 🤔I have difficulty with soft capsules myself, and have resorted to using a spoonful of natural yogurt to get them down.

As a last resort, would you be prepared to pay for a private prescription 🤔

Crush and disperse IR tablets in water for enteral feeds only1

No I’m on universal credit, I’ve had this UTI for two months and spent a fortune on liquid paracetamol. I’ve had this problem since I was in my teens, I have bad health and tried every size tablet or capsule there isn’t a way I can swallow it; even codeine. I get the same speech from my drs everytime I ask for liquid it’s quite hard because of course I have tried and I keep trying to swallow tablets

Flowerygirl, I'm so sorry you're having such a tough time. Several friends who have had repeated amd long lasting uti's found taking d-mannose helpful in getting rid of them and preventing reoccurence. It's a natural sugar found in cranberries and seems to bind with bacteria in the bladder so they get expelled from your body. It's available in powder form in Boots, Holland and Barrett or Amazon. Unfortunately its not cheap (£20ish) so perhaps you could ask a friend for a gift or as you're receiving benefits your GP or the council might have advice on accessing a small grant you could use for your health care.

The NICE clinical guidelines have more info on UTI treatments including D-mannose, you could google it before speaking to your GP again so you have the same info they do. Good luck and I hope you feel better soon.

Sucks you’ve suffered so long without any real solutions. I have recurring UTIs and once had one for over two months with same course as you. Ended up in the ER (I’m in the states) with sepsis from UTI. Spent a week there on IV antibiotics until my cultures came back negative. Afterward I was sent to a urologist for further examination. I tend to have a little urine retention. Was advised to try d-mannose and cranberry tablets that were super potent. Both are over the counter and that regimen helped. Ultimately I was prescribed bactrim as prophylaxis.

Not sure how the system in the UK works. Can you be referred to a urologist? As a female, they can look at your bladder as well as your pelvic floor.

flowerygirl in reply to Kidney2014

Hello flowerygirl,Reading this makes me feel so sorry for the problems and pain you're having. You might read this and think. Hmm that won't work, I thought just that. Its really worth trying, surely. I'd been on Nitrofuritoin for about 3 years and had to change every month to another antibiotic. Every time I tried to cut down, bang another infection would return. I'd had enough! I decided to see someone private. They examined me and told me that I'd severe dystrophy. Dryness down below. She prescribed me with a cream that I use once every other night. Look into it, please. I've not had any infections and this has been a couple of years free of that horrible I need a wee and achey feelings. The one I'm prescribed is Ovestin. I've also spotted advertised and tried the Vagisan moist cream which works just as well (you can buy this one from chemists) If only my dr recommended this all those years and antibiotics ago🙄. But please read up on these creams as you said you've health problems. I really hope you and others get to try this out. Fingers crossed or legs crossed 🙏

Omg you poor thing🙏I have had the 3 day course too... which like you ..the infection felt like it was still there... I’m lucky in that my surgery are fantastic snd as I have stage 3 ckd..I get treated really well. You definitely need a longer course and for the receptionist to be rude to you is awful. Keep on with the 111 as they seem to be your best option... I’ve had before bicarbonate of soda mixed with water and this helps as it soothes the pain when weeing. 🙏🙏I’m thinking of you flower girl😘😘

I would hugest that maybe you try seeing your gp again to try nhs find the cause, maybe SJ if you can be referred to a specialist? As if you can figure what’s causing the issues you might be able to lessen how often you are suffering. However remember referral take time. As for the tablets I used to struggle with swallowing them, but I realised that my issue was in my head, my brain telling me I didn’t want them, I got better but still sometimes struggle, I find looking down while swallowing them helps because most people look up to take medication but the pills float, so you end up swallowing all the water and being left with the pill. Where as when you look down the pill floats at the back of your mouth and I find it goes down a bit easier. I hope you get the answers and help you need.

was probably thrush. The results came back clear. I went back to the doctor who was not very...
•
14 Replies

Is this really a yeast infection?

anyone help? Has anyone had a more yellow colour? Just to add.. I have had back/pelvic pain for...

symptoms, but hey-ho they all came back. For 9 years now, I haven't had 1 whole night's sleep. The...

through the roof, feel paranoid like people are talking about me or don’t like me, which then makes...

securing absence of her rights on our baby. We had too poor legal awareness to draw up an agreement...

Dr reckons endometriosis but not sure