I had my first smear when I was 22 and my gynaecologist (in Brazil) said I had to do it every year! But, here in the UK I noticed the recommendation is according to age group..."25 and 49 are invited for testing every three years, and women aged between 50 and 64 are invited every five years." NHS choices website 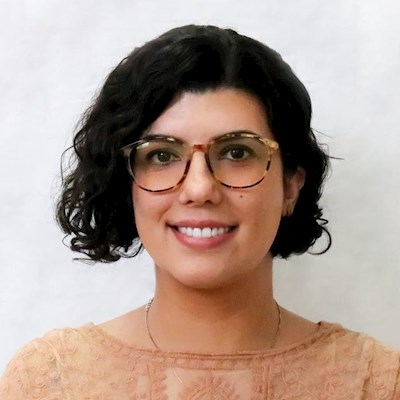 SimoneHU
HealthUnlocked
To view profiles and participate in discussions please or .
Read more about...
7 Replies
•

I had to abandon my final test, it was difficult for the nurse and agony

for me. I could have taken some HRT and gone back later to try again

but being well past the menopause, I wasn't very keen.

All previous tests had been negative, so after getting the GPs approval,

I decided to call it a day

Clutter in reply to wobblybee

Wobblybee, I'm considering asking for a muscle relaxant or sedative to help me through. HRT wasn't suggested to me.

wobblybeeAdministrator in reply to Clutter

it was to be in the form of pessaries. I'd had to

resort to this for a previous test because I was so tense.

As we all know, tense is the last thing you want to be. I've

always experienced this, a sedative etc would probably have

made all the difference.

My daughter has had a similar experience to yourself, thank

goodness for these regular screenings.

Clutter in reply to wobblybee

Thanks, Beryl. I'm already dreading it so I think I'll ask.

I had regular 3 yearly smears on NHS then annual smears as part of a private company scheme I joined. I was monitored every 6 months for over 18 months due to abnormal smear results which progressed to squamous cell carcinoma within 6 months at age 30. I experienced no vaginal discharge or other clinical symptoms. The cancer was caught entirely due to screening.

3 monthly monitoring commenced the year following laser treatment, then biannual and finally annual tests thereafter. On two occasions abnormalities were detected, one requiring colposcopy electric loop to remove the cells but no sign of cancer recurrence. I recently had a very overdue smear test, delayed because of other health issues, and was very tense during the examination so insufficient cells were provided and the test is to be repeated late July.

I am one of those ladies who decided not to have smear tests. I received and signed an opt out letter in 2003, which means I no longer get sent any letters, and the doctor should not ask me about it at any appointment. My last one was in 1997, which was done without my consent and was one of the most painful experiences I have ever had, as it was done just 6 weeks after having my first child. I did some research on the topic, and found that my chances of getting cervical cancer were very rare, so I was very comfortable with my decision not to attend for screening. Last year I experienced some sporadic episodes of post-menopausal bleeding, and I was diagnosed with womb cancer, so I had to have a total hysterectomy. Although the cervix was unaffected and completely clear, it had to be removed to enable the womb to be removed through the vagina. I'm a little sad that it had to go, when there was nothing wrong with it.

Because of my experience with a breast lump, I'm now concerned

because I didn't have the final ( because of my age) smear test.

sensation, akin to that experienced with a yeast infection. I'm

sure most of us know what I mean.

This could be dryness, I think I'll have to check it out for peace of

if you could sign & share my petition re changes to cervical screening in the UK! ‼️ Had my test...

I am 70 years of age and yesterday had a smear test because doctor was concerned that I had a bleed...

Hi so just had a smear test today this was my 2nd one and it was even more painful than last time I...

Do I have normal boobs

spill out. I’m hoping I grow out of it but what do you guys think? Is that a possibility? Cause my...
•
24 Replies

Anyone experience bleeding after a cervical biopsy?

I had a cervical biopsy over a week ago now and still am having some bleeding. This is setting my...