Would you try this burger? 🍔 - Vegan Foods for Life

With vegan foods hitting our supermarket shelves at an alarming rate this seems to be the latest burger. I like the idea of it being healthier than most. Would you buy a burger like this or do you prefer to make your own. I know for me I like to have the occasional thing I haven’t made myself for example I tried the Vivero fish fillet last night and had it with wedges, salad and a caper mayonnaise. I really enjoyed it for a change.

“The Miami Burger, which contains just 0.6g of saturated fat, has been established as the 'healthier challenger' to high-tech patties from Beyond Meat, Impossible Foods, and Moving Mountains”. 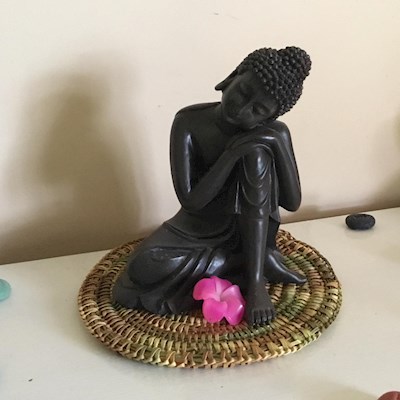 Agoodenough
Administrator
To view profiles and participate in discussions please or .
16 Replies
•

I've just had a look at the link and yes I would try it but will definitely be making more of my own, just haven't had much time lately so admittedly I have been eating shop burgers mixed with my own food.

I definitely prefer my own food though, especially curries - yum

Sounds good to me and I love curry too it’s our favourite. It’s super healthy and we have it about three times a week 😁

I definitely have to make more, I've been a little tied up lately, let's just say the house has now had it's coat of paint😉.

Hi Ali, this is an interesting question and I personally wouldn't eat it. I eat nut luncheon sometimes and fry that and would much rather have a slice of that than these burgers. And it says they costs 3.99 which's seems a lot for one burger so my thoughts are its taking advantage of the need for a healthy vegan option, when it's still been processed.

Well I have to say Jerry I wouldn’t have thought to buy that so I’m glad you can report back to say you like it and being gf it can be hard to just pick up something off the shelf. Also it doesn’t have much ingredients which must be a good thing. Have you tried any of their other products?

I assumed it was for a pack of 2 burgers but if it’s just for one then that’s very expensive. It’s a soya burger so not good for anyone wanting to avoid soya either. Although I would rather someone ate this than a meat burger of course 😁

I'd give it a go. I really didn't like the Beyond Burger, way too fatty. Really didn't go down well

That’s interesting as I’ve never tried either and it’s always good to share feed back. If you do give it a go let us know what you think 😁🌱 Ali

Will do. The BB is high in coconut fat and I've found high levels of coconut fat really gives me trouble.

We like the Vivera veggie burger, Tesco's spicy veg burger and their peanut and avocado burgers. The vivera range is super for easy protein with min effort.

We're doing fab thanks. Not fallen off the path at all, which I first feared we might.

I've found so many quick easy shortcuts for midweek meals, if anything I spend even less time cooking than I used to giving us more time for our hobbies 👍🏻😁

it doesnt actually say what the protein origin is but having a look at their website it seems to be the same old ,same old soya base. It baffles me that many vegans think soya is fine -it is nearly always GMO and causes massive destruction of rainforests and everything that that entails.Before it became hip to be a vegan the defining principal was to alleviate / avoid animal suffering.Using Soya doesnt do that since they lose their habitats ( not to mention the indiginous tribes that do as well...)

AgoodenoughAdministrator in reply to alchemilla12

I agree. I think the problem is veganism is something to be cashed in on and food production companies are jumping on the band wagon. This burger probably isn't healthy and possibly not ethically sourced. The burger is aimed at meat eaters and has a texture and taste of meat which most vegans wouldn't like. Best to just make your own. I have to say I've looked into soya and there is so much information saying its unhealthy and an equal amount saying its healthy if its non GMO it's the most confusing product I've ever looked into with regard to the conflicting information. I do my best to avoid it but do occasionally have organic non GMO soya milk.

alchemilla12 in reply to Agoodenough

yes totally agree with you about the band wagon.The idea of making a burger that bleeds like a meat one is utterly vile to my mind.Why do non - meat foods always have to be targeted at meat eaters!

I remember years and years ago when I first used Quorn ( don't judge !!) I e - mailed them to ask why they advertised a basic vegetarien food as being " chicken " flavoured.Their response was they wanted to capture that section of the meat eating market that might want to cut down a bit...what about vegetarians who dont want to eat something that tastes like chicken!

Organic soy is obviously better health and planet wise than non organic but soya is only really " good " for you if it is fermented eg tofu ,tempeh and miso .

I believe that, like all supermarket burgers, they are "processed food" and it is much healthier to make your own.

It sure is. I suppose when it boils down to it anything pre made and sold in a store isn’t that healthy but okay for a change.

I would like to try this burger. When I find it I may well buy it and try. At the moment I need variety. My main worry with processed foods is that it loses its nutritional content. I was looking at the Sprouted Grain bread / Burger buns. Because one thing I cannot eat is most bread, and any sort of burger (including my own veggie-made burgers) just don't cut it without the buns.🙂

Also about vegan foods being put in the meat aisles of supermarkets. A friend of mine bought a pork...

luck with making vegan burgers I have come up with the best, tastiest and healthiest burger....

Tofu Burgers for tonight's dinner. They were quite nice but I'm not sure whether I really like the...
•
22 Replies

Vegan Burger (the Beetnik) to be launched by UK burger chain on 24th April...

aunches-vegan-burger-meet-demand I love how the company say they are offering a vegan burger... in a
•
5 Replies