Why would my TSH be below range and yet at same time my T4/T3 is also below mid-range? If my TSH was so low, I'd expect either T4 or T3 to be in upper range. I am taking T4/T3 combo, so I understand why TSH and T4 is low, but at the very least, shouldn't T3 be in upper range?

I understand why T4 is not high because my system senses the presence of T3 and therefore excretes excess T4.

However why has this dose not increased my T3 levels to upper range?

Assuming I need my T3 in upper range, is it my relatively low T3 that continues to make me feel unwell?

Is increasing T3 and lowering T4 the answer? 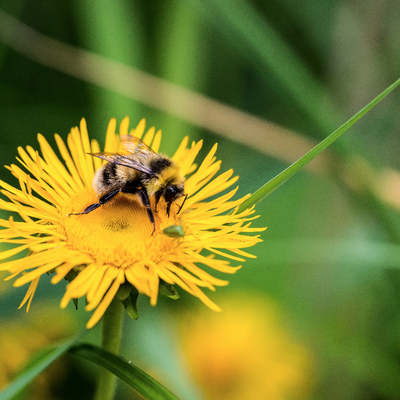 Apollo_Creed
To view profiles and participate in discussions please or .
Read more about...
26 Replies
•

Total T3 is not a useful test. Total T3 measures what's bound to proteins and what's unbound, unbound is the free T3. It's Free T3 test that is needed - that's what's available for your cells to use.

thanks SeasideSusie , yes that's right, Free and Total are different tests, however endo advises that results would not be too much different. I'll need to get Free T3 tested, however its probable that Free T3 will remain below mid-range, which leaves me asking the same question?

It's certainly possible that there can be a variety of both inherited or acquired variations in the concentration, and less commonly, in the affinity of the TBG, TTR and albumin carrier proteins that could affect the relative values of bound and unbound thyroid hormones. But in any case, whilst an Endo might wish/need to know total levels, nevertheless it seems perverse to guess at or assume what might be the unbound level when a test exists to tell him that. I can't say I've at all studied it, but I've certainly noticed casually from time to time that when someone's provided both total and free levels, that their respective positions within their ranges don't necessarily parallel one another.

galathea in reply to Apollo_Creed

Well you are not on a big dose of t3. If its not going high enough, you need more. The British national formulary says titrate up to a max of 60 mcg per day.

How do you feel?

They don't look low to me.

The lab ranges for thyroid are not uniform distributions, which is what people are implying when they figure out what percentile they should be in by dividing distances in the range.

I'm not familiar with that range but on the american range, something like 15% of people are in the top 1/3rd of the range. On the american scale your result would be very close to the average.

thanks Dadondadda That's interesting that lab ranges are not uniform distribution. I think people that suffer from thyroid disorder, particularly Hashis, find that it's good to be in upper range, whatever percentage of people that represents.

I don't feel particularly well. I still suffer from fatigue, and in particular persistent head throbbing that feels like it's 3am in the morning all the time. I was hoping that T3 would resolve head fatigue as most T3 receptors are in the brain, as I understand it.

I feel I'm improving, considering how bad I was only six months ago, but there's still some serious problems, and according to my bloods and my medication levels I should be well on the way to optimised.

Am confused and frustrated. As many people here are.

I understand. I was just saying it's not a very scientific practice, that's all.

I have done the usual vitamin tests. However here in the UK I don't think a1c, fasting insulin, fasting glucose, cortisol, sex hormones testing is common protocol associated with thyroid disorder. At least I certainly have not had those tests done. MaisieGray SeasideSusie is that something you've encountered?

You came to a thyroid forum where everyone is going to analyze thyroid labs. That's fine. It needs to be done. But there are many other issues humans can have.

Just because you feel terrible and are hypothyroid doesn't mean hypothyroidism is the cause of all your problems.

Apollo_Creed Diogenes wrote recently about pattern distribution within reference intervals: "One of the better ways to estimate this is not to consider the whole range as one, but divide it into little segments and calculate the likelihood of being euthyroid in each segment. For example, we can look at the shape of the TSH range first. It is very skewed with a long flat tail of few subjects leading from about 2.5 up to 4, and a very steep left hand side with subjects leading from 0.5-1. About 80% of people have TSH betwen 0.5 and 2. So someone with a TSH of 3 will be in a small set of probably about 3%. This means you have a 3% likelihood of being truly euthyroid. In other words its a suspicious value which doesn't necessarily mean you are ill, but gives a significant possibility that you are. Action should depend on the perceived health of the subject."

MaisieGray, you're very organised to have the exact quote, but l also remember Diogenes saying that the ranges for the frees are a normal curve.

You could similarly divide that up into segments, but the most likely segment to be is right in the centre, and the further towards the edge of the range you are, the less likely there's a healthy thyroid.

SilverAvocado Yes, the patterns of distribution certainly differ; I was using the diogenes quote only in response to the OP saying she was unaware of the fact that it can be so, to provide a bit of general detail. I've just checked in the thread from which I took the quote, but diogenes' mention of other bell curve patterns isn't included there, so I'm not familiar with it.

Sorry, I didn't intend to argue with you, just to add an extra snippet I've picked up from Diogenes!

No problem, I didn't take it that you were 🙂

Jo1884 in reply to Apollo_Creed

T3 caused my migraines and made my adrenals tank with high cortisol. Can only have low dose in my Natural

Dadondadda You cannot at all, compare one lab result with one range, with the range of another lab (and especially not where the units of measurement may differ between those of the US and the UK).

Perhaps I wasn't clear. I did do the math to double check before I posted.

You can most certainly inter-convert various measurements and equate them anyways. It is 7th grade math.

There is no reason to think the distribution of well-understood biochemicals are drastically different in different developed countries.

I made no comment regarding the similarity or otherwise, of patterns of distribution between any countries; nor inferred that calculations couldn't be made, to convert the results in one scale to a value in another. I can't comment on the US syllabus for 7th grade maths as that is not a system with which I am familiar in the UK. What I did was straightforwardly comment on your statement that "On the american scale your result would be very close to the average."

Okay. I could have expressed myself better. I didn't mean that the way you took it. The US scale is from 80 to 180 and the results listed are roughly 120 which is exactly average. That's about 40% up the range but that's the average T3 of adults without hypothyroidism.

There is no US scale. There are multiple scales in use across the USA. Quite possibly every lab is different.

Dadondadda in reply to helvella

You can see different ranges from different labs.

It is possible that there are USA scales for a few things where there has been considerable effort to achieve them but most lab tests are either lab-specific or anaylser-specific.

thanks Dadondadda I think the issue I have is that although I may be average within the range of 'normal' people, those with hypothyroidism tend to feel better when they sit higher in the upper distribution range.

There's been a lot of discussion of 'healthy ranges' in your thread, but the very important thing is that once you're on thyroid replacement none of that matters anymore.

Patients on thyroid replacement are unlikely to feel well with the numbers those with a healthy thyroid have. We tend to need our numbers pushed all the way to the top.

Particularly we want our freeT3 nice and high in the range, as that's where most people feel better. Applying this rule of thumb we can see you are undermedicated.

You're asking why your freeT3 isn't higher in range on your current dose. The simple answer to that is that everyone is different. Personally it took me quite a few dose increases to get from the bottom of the freeT3 range to the top, about 6. Based on my experience it could take you as many 4 increases to get yours to the top.

I may have thyroid hormone resistance, which may mean it took me a higher dose to get all the way to the top, but again everyone is different so it's hard to be sure.

The questions you're asking about the specifics of how your blood tests have turned out are hard to answer seeing just one single blood test. If you have a series of blood tests on different doses that you can post, it would be easier to comment on whether your TSH is too low or how quickly your freeT3 has raised.

Its also important to talk about symptoms. Usually we say to people that you want a freeT3 near the top of the range. But this is only a rough guide, and some more unusual people are comfortable with their freeT3 a bit lower.

In the interest of simplicity I’d just like to say that I suspect you need to take more T3, but you need a free T3 test to be certain.

has fluctuated a little and I've moved between 10mcg to 20 mcg a day a couple of times during that...

Why is t3 low while tsh is also low?

I am really needing some help