Blood results- have I been tested for Graves? - Thyroid UK

Here are my results: Have I been tested for Graves or not? I’d be very grateful for comments 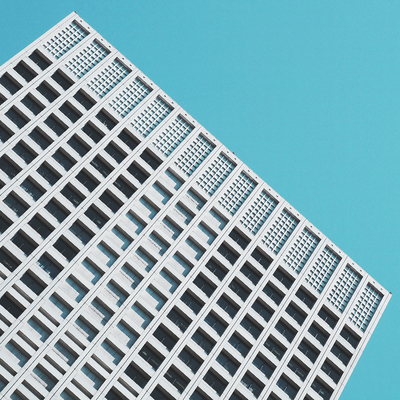 melross
To view profiles and participate in discussions please or .
Read more about...
16 Replies
•

Well, you have been tested to see if you have an auto immune problem, not specifically Graves. And it appears that you dont. Whew! Any idea why your free t3 is over range?

melross in reply to galathea

Thanks so much for your reply. These bloods were the very first bloods I had taken last year at my first hospital appointment. The following results showed a further rise in my t3 and t4 levels. I was put onto Carbimazole. Followed by an utrasound scan which discovered I had toxic nodular goitres. But I wanted to ensure I didn’t have an auto immune issue as well. Is it feasible for some to have Graves and toxic nodular goitre? You say I have been tested for an auto immune disease, what would that be, if not Graves? which part of the results show this? I’m still trying to get my ahead around understanding blood results, it’s a big learning curve.

No, the Graves' antibodies are TSI, or TRab (TSH Receptor antibodies) or TBII.

Thyroid peroxidase antibodies and Thyroglobulin antibodies are indicative of autoimmune thyroid disease (also called Hashimoto's Thyroiditis) in which, over time, the thyroid gets detsroyed by lymphocytes.

Both these antibodies can also occur in Graves and after thyroid surgery or injury.

For full Thyroid evaluation you need TSH, FT4 and FT3 plus both TPO and TG thyroid antibodies tested. Also extremely important to test vitamin D, folate, ferritin and B12

Private tests are available. Thousands on here forced to do this as NHS often refuses to test FT3 or antibodies or all vitamins

Medichecks Thyroid plus ultra vitamin or Blue Horizon Thyroid plus eleven are the most popular choice. DIY finger prick test or option to pay extra for private blood draw. Both companies often have special offers, Medichecks usually have offers on Thursdays, Blue Horizon its more random

Usually only an endocrinologist can order TSI or TRab antibodies tested

No, you haven't. The antibody test for Graves is TRab or TSI, Do you take a B vitamin supplement containing biotin? That can give you false hyper results. However, you could be in an overactive phase of autoimmune thyroid disease (hashimotos) caused by the destruction of thyroid tissue (you will go back to normal or underactive when the phase is over). Usually, you'd expect to see high TPO antibodies with that, but some people only have high TG antibodies which were not tested.

The results prior to this test which were taken 4 months prior:

Do I have grounds to ask for the TRab antibodies test or not?

I'd say you do. Its unreasonable for them to prescribe carbimazole without sterling proof that you have Graves, because that drug is for Graves only.

As others have said it's possible that you're in a swing of Hashimotos, which is usually underactive thyroid but can cause temporary high hormone levels. As your thyroid is destroyed extra hormone can be dumped into the bloodstream.

This is consistent with the fact that your hormones are elevated, but not by a huge amount. Particularly if they were higher earlier but have then come down by themselves before you were given any treatment.

Doctors are often pretty ignorant about it

Thank you for the information. I will be asking My gp if I can have the TRab test but I envisage a fight on my hands as At the moment it’s all about cutting costs. My diagnosis was toxic nodular goitre but I was put onto Carbimazole before I received this diagnosis. Can Graves diseases display similar symptoms as toxic modular goitre ie nodules on the thyroid? Is treatment for Graves different to toxic nodular goitre?

I don't know much about toxic nodular goitre. It must be quite rare as its not often discussed on the forum, but is occasionally.

Here is a search for times its been mentioned. Unfortunately the search on HealthUnlocked isn't great, but you do see a bit. healthunlocked.com/toxic-no...

Have just seen that above I'd said Carbimazole is for Graves only, but actually I was wrong about that. Its for overactive thyroid only, and it may be that toxic nodular goitre can result in an overactive thyroid, which I hadn't even heard of before.

Carbimazole directly reduces production of T4 and T3 in the thyroid, so it may not have any effect on a Hashi's flare, which is a much more common way of getting a temporary elevation of thyoid hormone.

I've looked through some of the items that come up on that search. There are a few useful posts and some good looking links, so hopefully you will find something.

Now I've got a little bit more understanding of the situation its not as clear that you need to be tested for Graves, as a Toxic nodular goitre will give you overactive results, and has been confirmed by an ultrasound scan. It would be a big coincidence if you had two thyroid conditions that produce similar symptoms. It could be physically possible, but probably unusual.

The reason people are suggesting this might be Hashimoto's is because Toxic goitre is far more rare, so it's not the first thing people suspect when they look at your blood tests.

In my understanding, which is not great, Graves would typically give much higher freeT3 and freeT4 levels.

And also how is Hashimotos medically managed? Just curious to know.

Hashimotos is managed by thyroid hormone replacement when levels are low. There isn't much available for when levels are high. In the main people just wait through them.

What kind of symptoms have you had?

You may have to pay privately to be certain.

I believe your endocrinologist might argue that as your scan shows the cause of your hyperthyroidism is due your toxic nodules, regardless of an autoimmune element the recommended treatment would be the same & therefore irrelevant. (But not irrelevant to you)

I was tested TSI and not TPO, or any other antibody.

Results of blood tests - interpretation, am I hypothyroid?

Why do I have to lower Thyroxine (update)..Blood tests results.

Levo over to Metavive comments pls

Anyone else have RA

Here we are again!