I was on 100 levo a day and still feeling dreadful so GP increased it to 125 a day last week.

However, I mixed my pills up (foggy brain) and have just realised that I've been taking 200 instead of 125. I've done this for 4 nights since Friday night. (I always take mine at night away from any food). Saturday I had a bad hangover feeling (as in much worse than usual), Sunday and Monday I had a splitting headache in my right eye and hangover feeling, today bad hangover again. Just the usual really but a bit more severe.

I just took 125 tonight. Should I expect more effects as the double dose works through my system?

Any advice or comments would be appreciated. I feel a bit silly! 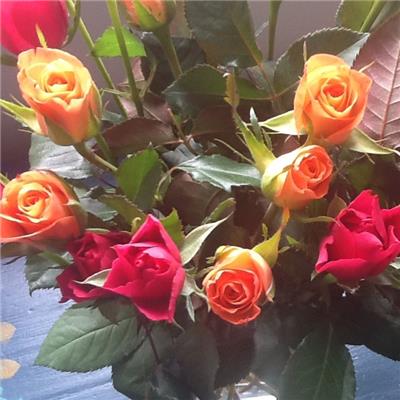 muirfoot107
To view profiles and participate in discussions please or .
Read more about...
16 Replies
•

Don't worry about it, you won't have done any harm. The hangovers and eye pain may not even have had anything to do with double dosing, although I'm not saying they aren't related.

Aurealis in reply to Clutter

I could never take a weekly dose of Levo as I'm too sensitive to it but I recognise the symptoms muirfoot107 describes as overmedication. I think you've gone through the worst already. I'd miss my daily dose for one day if I'd made a mistake like this, then resume new dose after that. Easy mistake to make - when they make them all into almost identical little white tablets!

Yes worse think you can do is worry! You were taking 700 over a week and you have been increased to 875. By your mistake, and most of us do them, that first week you will have taken 1175 which looks a lot more doesn't it but then you are in real terms over the week as it continues to drop by 75 a day so just accept what is happening and that you are reducing it to what your GP intended and in effect doing gradually which has to be better for your body than actually dropping the amount in one go. In time, taking half life into account, its not going to be significantly noticeable. By then your GP may even have decided to up your dose again!

According to the medication, levo has a half life of about 3 to 4 days in hypothyroid people (that's anyone prescribed it for under active thyroid). I reckon the levi level you had on 4 days of 200 was between 10% and 20% higher than if you'd taken the 125 dose intended. Doesn't look like anything to worry about.

Thank you everyone, you've really given me peace of mind x

I can imagine. Hope you're doing better nowxx

My thyroid specialist recomended that I take my levothyroxine at night rather than in the morning because the body doesn't get the full benefit of it while it is trying to digest food. Obviously at bedtime you are not going to eat for many hours unlike in the morning. I take 200mg per day and do feel better for taking it at night.

I put my Levo and other supplements in a dossett box. I cannot rely on my memory. This has helped me no end.

Ha ha Peacefulbliss, mine were already in all their little compartments in my pillbox, but I had put the wrong ones in, duh!

I get completely paranoid about getting my t3 and t4 mixed up when I put them out at night. One has tiny numbers on it and there are a couple of very subtle differences (one of the pills is slightly shinier and one is slightly thicker) but once you've broken a tiny pill into quarters who would know?

I actually have a jewellers' loupe I use for just this kind of thing.

I have just bought some T3 off the internet from Greece

so hopefully I'll be even happier Harry x

Hi muir, I'll just add my two cents because a week or so ago there was an article posted about taking a whole week's dose of levo at one time. I was at first horrified but the explanation was that only with Levo T4 can you get away with this, NOT T3, because T4 goes first to the liver into storage mode and other processes determine what actually enters bloodstream and cells I guess. Personally I might have subtracted the over dose from the following daily doses but maybe it doesn't matter. In any event, probably no harm done.

Taking a double dose in one day by mistake

Hi all, I just realized that this morning I took double dose of Levothyroxine by mistake. I take...

Levothyroxine Monday - Friday, and 75mi on Saturday & Sunday. I'm not sure that it works that way....

starting levo (50mcg) two months ago, I have had strong acid reflux heartburn symptoms every day....