Side effects free alflorex.. worth carrying on? - IBS Network

I’d be gratefulto hear from anyone be who has experienced side effects from taking alflorex .. and has pushed through them and then seen an improvement? Or given up?

I’ve been taking them for 8 days for IBS. Got all the noises, churning, rumbling etc for 1st 5 days, day 6 perhaps abit better but day 7 and today as bad as ever. Plus tight griping feeling etc expect you all know! I appreciate that it can take time for the gut to repopulate with new bacteria and so there may be initial discomfort but it’s hard to think this is helping me!

What particularly concerns as well is I feel so tired with it! 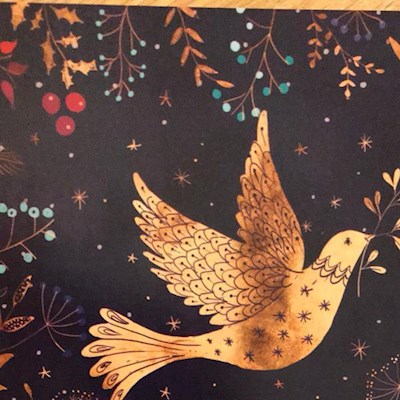 winter2013
To view profiles and participate in discussions please or .
18 Replies
•

Pps sorry me again.. forgot to add to post... as well as the tiredness getting considerably worse, low mood.. I’m feeling so thirsty.

From what I’ve read on a lot of “ alternative “ type sites, they talk about bacteria “ die off” but I guess its impossible to know if it’s this or just not right for me yet!?

I tried this twice and both times stopped - retried it thinking perhaps first time it was die off etc. but I found after a while the bloating didn't improve and for me my boobs seemed to get big on this but the worst thing of all was the longer I took it the more depressed and the more my mood deteriorated - I quit and vowed twice was enough to know it wasn't for me - as soon as I stopped my mood improved. I find that anything that has a high percentage of bif infantis in does the same to the boobs and my mood so I avoid now. A friend took it and she was quite ill - made her stomach ten times worse and took her two months to get it back to where it was - hope this helps - she ended up having to take other meds to sort her tummy out

winter2013 in reply to janetmtt

Thank you so much Janet for taking to time to reply.

All very helpful and interesting . I do have ME/CFS so it is hard to know re fatigue. But was feeling better and have gone downhill since starting alflorex with fatigue, mood and gut problems. It’s 2 weeks on Tuesday so won’t take it longer than that.. if that long I think.

ARLEN in reply to winter2013

Hi Winter 2013 I took Alflorex it gave me severe stomach cramps and loose stools Felt awful had to stop taking it after the initial 3 weeks Usually suffer with bad constipation !

winter2013 in reply to ARLEN

Thank you 🙏 Arlen for the useful info!

I did have a period of slight bloating and unpredictable bm’s in the first week, but that settled down and I reckon that the Alflorex is marginally better than the Acidophilus BUT it’s hugely more expensive and probably not worth the extra, for me.

I changed because the Acidophilus was seeming slightly less effective than originally, and just to give my system a change - not very scientific, but I have read in several articles that it’s a good thing to do.

When the Alflorex runs out, I’m going back to Acidophilus (10 billion) this time, to see if the improvement from the Acidophilus can be maintained without the expense.

In terms of mood, which hasn’t previously been a problem for me, I did find that I felt more positive when I stopped using milk on cereals, and changed to Oat milk ( with calcium). Alpro do one.

I’m experimenting with FODMAP lists at the moment, but have found both that there are ‘high’ foods that aren’t a problem for me, and ‘low’ foods that are. eg broccoli gives me problems, but muesli doesn’t - I guess I need to do it properly, eliminating all ‘high’ foods and slowly reintroducing them one at a time.

A bit rambling, but I hope it helps!

(Speaking of rambling, I find that exercise helps a lot - just walking or swimming, I’m not a gym bunny!)

Thank you one-n-den for replying at length. All very interesting . Decisions, decisions!! Don’t think want to carry on much longer with alflorex though! 🙏

Hi One-n-Den which probiotic are you going to use now that is 10 billion - I quite liked the H & B ones but as I am histamine intolerant was unable to use the 3 billion as it has L.Casei in which is a no no for HI sufferers - however L.Casei is one of the best things I think for bloating and I am gutted I can't take it - I have H & B 20 billion but half them so can you let me know which one you are going to get. I tried Alflorex 3 times and each time I had the same problem of increased bust and depression - the more I took the worse the problem got. Like I said my friend took them also and they caused her serious stomach problems - she already had stomach issues but this really made her ill so she then had to take extra stuff to at least get rid of these issues and then try and tackle her original problems If you look at the ingredients what Alflorex contain Maize Starch, Pregelatinized Maize Starch, those are two items I avoid. I got stomach pains and a lot of gas when I took them also. Hope this helps - it is a trial and error process.

The Acidophilus I’ve got at the moment are H&B 10 billion, so might not suit you.

In the past, though, I’ve taken Nature’s Best Acidophilus Extra 4 billion and found them very good, if a bit expensive. (They are £14.25 for 60 capsules at the moment).

Not sure whether they contain L.Casei, so you’d need to check on their website.

I use NB for other supplements such as multivitamins and have always found them excellent. I just use H&B because they have a lot of ‘Penny sales’ and BOGOF offers, so are considerably cheaper a lot of the time.

NB make a big thing of their packaging, which it’s claimed, keeps the bacteria alive longer - have a look!

I cannot see on the H & B website the one you refer to with 10 billion in - can y ou give me a link please - I've seen 20 billion, 1 billion or 3 billion but not 10. I've seen the Nature's Best but I tend to stay away from maltodextrin as people say it causes weight gain! Have you had any issues or problems taking the NB one - I have lost a lot of good probiotics because it contains maltodextrin in because of the bad reports so would love to speak to someone who actually takes it, has stomach issues and can give first hand comments. Thanks for the time - I appreciate the sharing of info

Ah, you’re absolutely right, sorry - the H&B Acidophilus is 20 billion, not 10. I had put them away until I finish the Alflorex. At least they don’t contain maltodextrin!

No, never had any problems with NB Acidophilus 4 billion.

I think they are a good company, with very good reviews and offering a free ‘advice line’. You just need to compare their prices with others occasionally!

Thanks for that - so you never had a problem with NB and maltodextrin - did you notice any weight gain with any of the probiotics you have taken - I find sometimes depending on how many billions of bacteria and the kind of bacteria I feel I go up a size - like a bloated feeling like I go up a dress size - hate it. That's why I ask about maltodextrin but you don't seem like you have had any issues at all with maltodextrin.. I seriously don't get the bad comments about this if I am honest as there are so many products containing it out there - surely if it was that bad for your health - millions of people would be ill! Not just people taking probiotics - it's in tons of supplements but health experts say it's bad for you - well sometimes I rest my case on what they say and how people react - I've read so many good reports and reviews of people taking supplements that contain it - surely they cannot all be ill. You understand where I am coming from!

Iv been taking them for about 2 weeks now and I have never felt worse in my life regarding my IBS. It’s giving me cramps which prevent me from sleeping. I continued taking them thinking it was my body adjusting however it only got worse.

I take a Boots multi vitamin and mineral supplement that has probiotics included and I’m totally fine with them. I’m not sure how good they are though as in if they have any effect!

Someone on here advised Bimuno daily probiotic powder as being very good. I think the IBS Network includes the Bimuno TravelAid in its summer support pack for holidaymakers so that might be worth a try?

I’ve also read that in general, probiotics can have a detrimental affect on IBS sufferers!

I think it’s a case of seeing what suits you and listening to your body!

I take Heather Von Vorous’ advice re what to eat and that has helped me most.

I avoid all dairy too! Hope this helps?

winter2013 in reply to vickilynne

Thank you. Yes it seems it’s what suits you doesn’t it! I have also taken a multivit with probiotics in for years but the amount of probiotics is less than a probiotics supplement. It’s multibionata. I guess that’s what you take?

vickilynne in reply to winter2013

I take Boots own make.

winter2013 in reply to vickilynne

belly ache to the point I’d feel I could pass out. I thought I’d give Alflorex a try as I would’ve...

I have been taking the new probiotic Alflorex for a month now, but it seems to have made me worse....

Has anybody tried Alflorex probiotics. My consultant recommended them. I’ve been on them for a...

I started taking Alfloex 6 days ago and oh my goodness have I had cramps, wind and...

Lactulose and side effects

Good To Be Here