What is your condition: We at STARS are interested to... - STARS

We at STARS are interested to hear why people have joined the STARS forum. Have you been diagnosed with a condition linked to syncope (fainting)? If so, what is that diagnosis? Is there anything in particular you would like us to share on here?

We want to make this forum more active, and can only do that if we know what you want. 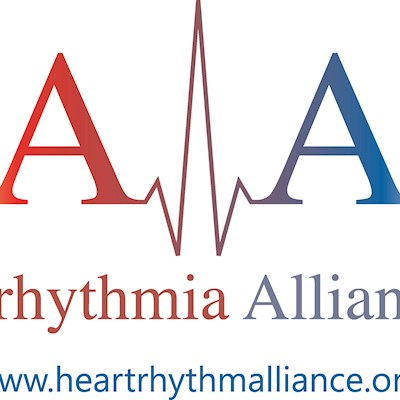 RachelAdmin
To view profiles and participate in discussions please or .
14 Replies
•

I have been diagnosed with Stoke Adams syndrome (sudden drop attacks).. they do not happen often, a pacemaker was mooted but I am having a ILR (implantable loop recorder) fitted next week. I am 66. Hopefully after 8 years of spasmodic fainting, after epilepsy has been ruled they can find out what’s wrong. I have tachycardia too

They said it was Stokes Adam syndrome

My dougther has vasovagal syncope from 12 age. Now she is 21. She had about 320 syncopes. Now is better. In the last year only 10. All hers exames are perfect. Only low pression. We hope in your help. Thanks

I was diagnosed with Complex VasoVagal Syncope at age 12. Later on I discovered I also faint while lying down and apparently that's less common and it's definitely very scary. I'm 53 now. I typically only have an episode approximately once a year.

My fainting is 100% always followed by convulsing, which scared my husband to death the first time he saw it happening.

Triggers are usually extreme pain, or nausea, and then are always followed by nausea, vomiting, and extreme weakness. The vomiting will usually resolve within an hour, but the weakness will last several hours.

The last time I fainted, I was asleep in bed and woke feeling "odd". I woke my husband, who jumped out of bed and before he could even get to me I was out and convulsing. There was no apparent trigger this time. I'm seeing my doctor in a couple of weeks to discuss.

I'd like to know if anyone else suffers from fainting while lying down/sleeping and any information STARS has on that.

I did recently email STARS and they sent me some information regarding low blood pressure that was very helpful. My blood pressure usually averages low to average.

I would love for this forum to be more active as well. It is helpful to hear from other people who live with this condition. I feel that mine is relatively mild compared to many others, but it is still very scary and quite miserable when it happens and I hate it with every fiber of my being. LOL.

Hialeah73 in reply to DragonsRreal

DragonsReal your symptoms sound sooo much like mine. I have had Vaso vagal syncope episodes once or twice a year since I was 8. Only diagnosed about 6 years ago. Episodes are worsening and since my mid30s the convulsions, vomiting and sometimes loss of bodily functions keeps getting more intense. My cardiologist wants to start me on midodrine, and I have a prescription for Fludrocortisone for when I am feeling sick or unwell to help prevent them, but I have been reluctant to take the midodrine due to side effects. My family and cardiologist don't want me to drive because lately episodes occur without any warning- even when I feel perfectly fine. If you have any tips on what works for you, I would love to hear about them. I am 46 now and I wonder if peri-menopause hormone fluctuations are playing a role in having these asymptomatic episodes....

DragonsRreal in reply to Hialeah73

I just recently had my first episode that came without any triggers. Very scary! I spoke to my gp and we are going to do some in depth testing to see if we can figure out what's going on.

Keep me updated. Thanks

I joined STARS because I have a diagnosis of POTS secondary to hypermobility spectrum disorder. I have been symptomatic since puberty but only diagnosed recently. Spent years being told it was psychological in nature or all in my head. STARS has been helpful to me xx

How horrible that you were told it is "all in your head."

I have joined STARS because I have had a few faints in the past years. I am currently going through various tests but no cardiac issues have been found. I have often felt alone and have recently been experiencing anxiety at the thought of fainting. As I sometimes loose bladder control and have jerky movements during a faint, I had began to believe that epilepsy may have been the only cause, although MRI scans have been completely normal. I would love to speak to people with similar experiences and perhaps get advice on what has helped people to minimise their faints. Any advice or tips would be greatly reassuring

RachelAdmin in reply to Giulia26

Hello, thank you for your reply. You can speak to our patient services team by calling 01789 867503 if you are based in the UK. Alternatively, you can also email us on info@stars.org.uk

Hialeah73 in reply to Giulia26

I have very much the same type of episodes as you. What have you learned?

I was diagnosed with pots two days ago, but have had symptoms for around 6 plus years. They told me that it was anxiety, however my anxiety was always caused by my noticing my increase in heart rate and other symptoms upon standing and exercise ect. It is hard as little things like sitting up can bring on symptoms. However, I am grateful to have a diagnosis now.

misunderstood condition. if you would like to see a forum dedicated to this damaging condition...

Fainting with no cause

Dear STARS community, I was wondering if anyone can help, I've fainted a few times over the past...

after standing up then he has diagnosed her as having Syncope. As it is syncope the neurologist...

everymonth that goes by it gets worse. She is fainting 10 to 20 times a day now and cant go to...

Fainting with out a warning

about that.. could someone please help me get an idea what it could be... thank you

Living with a Pacemaker – coming soon!

Have you registered for our Virtual ‘Living with a Pacemaker...

Join us in our ‘Living with a Pacemaker Patient Educational ...