Up next: Hormone therapy and radiation - Prostate Cancer A... 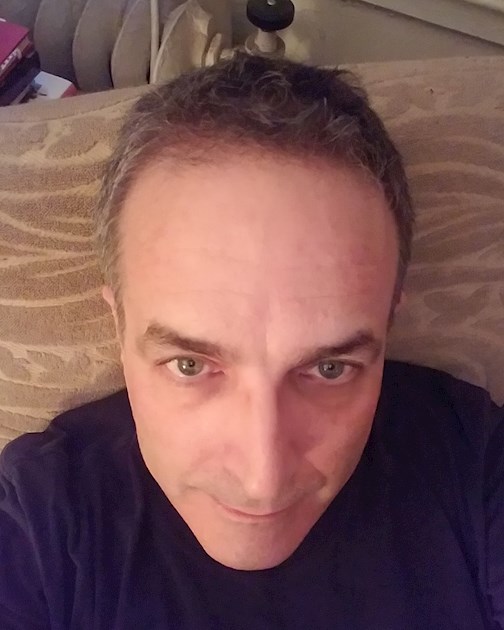 Thank you to everyone for sharing your experiences. It has been almost 2 years since my prostatectomy and my PSA has risen to 1.1 (or 1.3 depending on the lab). Dr. Shasha at Memorial Sloan Kettering in NYC has recommended hormone treatment (I don't know which one yet) and 8 weeks of radiation. I would appreciate hearing from men who have had similar treatments post-prostatectomy. What side effects did you experience? Were you able to work? Did you require further treatment?

SpenceNYC
To view profiles and participate in discussions please or .
Read more about...
14 Replies
•

The most common side effects are urinary frequency and urgency, and some blood on the toilet paper. Never trust a fart. Fatigue may set in. They are all usually temporary, starting towards the end of treatment. Erectile function may be impaired permanently. The best thing you can do to prevent side effects and improve its effectiveness is exercise - both cardiovascular and weight-bearing- starting with your first day of radiation. This is not the time to take it easy. I've never heard of anyone who couldn't work during treatment.

I suggest you get an Axumin PET scan first. There's no point in going through it if the cancer has already metastasized.

You might want to see if you would be a candidate for either CyberKnife or MSK has a similar approach they call Precise.

You could contact Dr Seth Blacksburg at NYU/Winthrop CyberKnife and send him your details to review, and the head urologist would be Dr. Aaron Katz.

I hope this may be helpful and wishing you much success in whatever treatment plan you will elect.

Thank-you. I will look into it.

I had the same experience after my RP with my PSA suddenly starting to rise after about 18 months and getting to 1.11 after 2 years. I had radiation but asked if I could start as quickly as possible without the hormones. My consultant did a DRE and agreed to my wish. I carried on working right through my daily radiation treatment, but did have a very sore rectum for the last 3 weeks of treatment.

How long ago was this?

Jaffa_2001 in reply to SpenceNYC3 years ago

Radiation was back in 2004, and it took 2 years for my PSA to drop eventually reaching a nadir of 0.17. It has slowly risen nearly every year since and is now at 7.00. My consultant here in the UK is watching and looking to perhaps start hormonal manipulation once it hits 10. I would imagine current thinking is probably more inclined towards hormones before radiation, but I was glad that I dug my heels in and made that decision.

SpenceNYC in reply to Jaffa_20013 years ago

My PSA began to rise 3 months after my RP, 2+ years ago, and I was then put on Lupron for a few weeks before undergoing 34 sessions of External Beam Radiation. My doctor was VERY CAREFUL to make sure that my legs were just in the correct position and held in place by this custom foam device. I had to drink a set amount of water just before the radiation treatments so that my bladder was full. I had ZERO problems with the radiation as least as of today. Now, the Lupron is an entirely different story but everyone seems to be different. In my case I had crippling joint pain in my hands, shooting pains in my legs and feet, hot flashes (I sat in front of a fan any time I was just sitting around.) and weight gain in my belly. Oh, let's not forget shrinkage.

I was on Lupron for 7 months. As of today, my PSA is undetectable at .008. Hope that continues.

Yes, this is what I expected. Thanks so much!

Hi Spence, I started with hormone deprivation therapy, in preparation for radiation. My PSA at that time was .05. I later decided to hold off on everything and my PSA is currently .16. I may be headed down the same road as you. What I can tell you is that the deprivation therapy was quite a challenge for me. Hot flashes were abundant and I felt pretty miserable. Depression was very severe, but I suffer from depression anyway. I think exercise is really important, which I did not do. It helps with your overall feeling of well being anyway, and the therapy will cause muscles to atrophy, so working them is a good idea. I felt fairly exhausted during the process, which lasted approximately 8 months for me... that was with a single shot! Anyway, it’s likely a tough road ahead, but you can do it. Send me a private message with your number if you’d like to talk... I think it helps. Take care and think positive... it’s so important.

Many thanks for sharing this. Very helpful, and I may indeed want to speak on the phone.

Hi Spence. I'm just joining the community, so my response may not be timely. My PSA also began to rise immediately after my prostatectomy, which was done by Dr. Scherr at Weill Cornell/NYP. He sent me to Dr. Kashanian, who put me simultaneously on Lupron for six months and external radiation at 42 sessions. I was able to work throughout the time, with only the slightest fatigue. I did not experience hot flashes. This was five years ago, and my PSA has remained undetectable. However, I have been unable to have a significant erection since that time, and last summer I developed incontinence, which is apparently the result of scarring caused by the radiation - something that seems to happen in a small percentage of patients. I am currently seeing Dr. Sandhu at MSK for this issue. I wish you all the best and would recommend all the doctors who have treated me so far.

Thank you so much for your reply. Shortly after I wrote the original post 4 months ago, I saw another radiation oncologist -- Michael Stewart at Mt Sinai (openly gay man)-- who did not see the need for immediate radiation or hormones. His opinion is in line with many others, as I have read on this and other sites. So, I continue to have my PSA tested every three months, but hopefully I can avoid treatment for a while, or perhaps altogether. Wishing you all the best.

for radiation, they will do radiation to that (those) spot(s), but I will go for hormone treatment...

Dec 2017. Seemingly it did not spread away from the prostate. Although my PSA is rather low, about 9

that damage from radiation can continue and/or show up many years after radiation. Has anyone else...

Cabergoline use in Treatment of Orgasmic Disfunction?