How to determine what is a normal PSA... - Prostate Cancer N...

As I understand it, when PCa is treated with radiation therapy, the theory is cancer cells are more vulnerable to radiation because they divide more rapidly than normal cells, and they do not repair damage from radiation, while normal cells can.

The situation seems to be complicated if the person has BPH, since that would also contribute to the total PSA.

The reason I ask this question is because I see various places indicate that after radiation therapy the PSA should be less than a certain amount, but wouldn't that PSA value depend if it was a large volume PCa verses a small volume PCa?

It is easy to understand if the entire prostate is removed, because in that cause there should be zero PSA, unless something was left behind.

Any thoughts how they determine what the NADIR should be after radiation therapy? 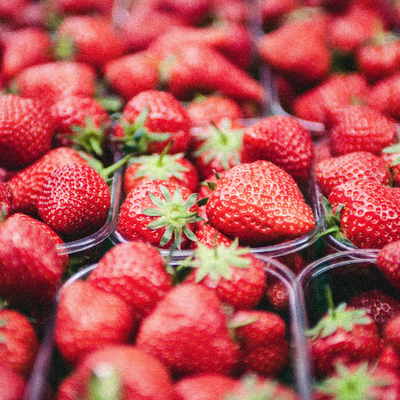 Yearofthecow
To view profiles and participate in discussions please or .
Read more about...
23 Replies
•

Nadir is specific to each individual. Simply put lower is better though getting there longer seems to be better than quicker. With radiation progression is considered either 3 rises is PSA in a row, as it may bounce, or nadir + 2.0. Not sure about low volume or high volume as I have never seen that quantified on anything during my treatment. I guess more mets might be higher volume, or a larger PG but neither of those correlated to a volume in my treatment. Hope I answered your question or at least part of it.

Then it isn't necessarily a straight consistent downward slope, but ideally a downward trend.

It could be either. I read your profile, are they not concerned about your possible lymph node involvement?

No they’re not. They said the PSMA does not indicate lymph node involvement. It is equivocal. Both the radiologist and radiation oncologist indicated they see a lot of this in practice, and it isn’t uncommon.

I read your bio also treedown. Do you mind sharing where you went for treatment?

Your results look terrific, and I wish you much continued success.

Spyder54 in reply to treedown

Nadirs below 0.5 have an especially good prognosis. But it can take 3-5 years to reach nadir with bounces along the way. Prostatitis can cause disturbing bounces. BPH tends to go away because the prostate shrinks and hyperplastic cells undergo apoptosis.

So that implies if the radiation therapy if done correctly, most of the "normal" Prostate cells don't survive while hopefully all with all the Pca cells are eradicated.

Why I ask the question is because I plan to go through radiation treatment for intermediate 3+4 PCa, located in the left anterior, employing SBRT, and what I have come across is that depending on the radiation damage, normal prostate tissue has the ability to repair itself, while the PCa cells, by their very nature lack that ability.

Surprised that it can take as long as 5 years to reach nadir for some,

I think these are things that are good to know before having radiation therapy to psychologically prepare for that.

Yes, radiation therapy takes some patience. You're in it for the long haul.

Thanks Allen, appreciate your insight

Do I understand you correctly that after e.g. whole pelvic radiation, a patient’s tumor cells could experience not only (1) some immediate death from the ionizing radiation and (2) some short-term (on the order of months) delayed death upon attempting to replicate with damaged DNA (which is how I’ve understood thing so far) , but also (3) some longer-term delayed death (on the order of years) via mitotic catastrophe?

Wikipedia tells me that mitotic catastrophe can be induced by chemical stress. Could this include ADT + zytiga, for example?

Many thanks in advance, TA.

2 & 3 are the same. Mitosis may be delayed by a cancer-protective mechanism, like dormancy, but will eventually happen.

An activated androgen receptor is necessary for cell replication. When it can't be activated, and the cell enters mitosis, the cancer cell dies. But some cells enter a protective state of dormancy or otherwise evolve to need less activation.

Some Pca's produce a lot of PSA and some produce a little. It's a very individual.

Nadirs are also affected by the addition of ADT.

doc1947g in reply to Anomalous

Here is what I can add from experience. The caveat is that TA, and Kwon of Mayo will both tell you don't confuse PSA with Cancer. There are many stories of PCa advancing with low PSA. I had SBRT (aka MSK Precise image guided) of the primary prostate gland 5 treatments over 8 days + 3 treatments of T5 in spine ending on Jan 20, 2022. Dr McBride at MSK strongly urged that NO PSA TEST FOR 3 Months. Stating we are killing many PCa cells and those give off PSA. Said RT will kill cells for 18 months, sometimes 24 months, but at 3 mos, we hope to see a drop in PSA. My prev low nadir was .260 Dec 2, 2021, after 15 months on ADT (Lupron/Abi-pred)=long slow drop. My first PSA after SBRT was earlier this month. A new low nadir of .095 =(-.165 since Dec 2nd). Made McBride, my Family, and Me happy, especially knowing that it should drop further for another 12-15 mos.

Hope that info is helpful, Mike

Look up Stampede Trial-Arm H. It proved in one of the largest Clinical Trials in the World that Men with low Metastaic Burden did much better with ADT + Radiation of the prostate gland. McBride said my 3 enlarged lymph nodes had shown significant shrinkage from 14mos of ADT, and said if that changes he could accurately ablate them with MSK Precise down the road. From a recent post this week on lymph node metastisis, I may move up that date before we see any enlargement of lymph nodes down the line. I agree with Treedown, and Magnus, above that each Man presents differently, and responds different from therapy. We are complex beings.

Yearofthecow in reply to Spyder54

Hi Mike. Unless I read the criteria for that trial wrong, it selected patients with locally advanced or metastatic disease who are beginning ADT.

In my situation I asked the radiation oncologist if he would treat the pelvic lymph nodes, and he said no because the PSMA scan uptake was not enough to indicate cancer. I will be getting a couple more opinions on this in the next couple of weeks.

You are so right Spyder, nothing is straight forward.

Spyder54 in reply to Yearofthecow

Please see my post today of Phase 3 Trial posted in the Lancet of Pelvic Lymph Node Radiation. You must print and show your Radiation Oncologist. They are often so busy they get behind on their reading. Simple but true. Best, Mike

Yearofthecow in reply to Spyder54

Thanks Spyder, in fact I posted that yesterday in the Prostate Cancer community area here:

The issue in my situation is the PSMA could not determine if the pelvic lymph nodes had prostate cancer or not because there was not enough uptake of Pylarify to say it is.

I asked the radiation oncologist if he would treat the pelvic lymph area with radiation and ADT, and he said no, because the PSMA scan was equivocal, and they don't treat the lymphs unless it is definite. He also said it will be the decipher test that will determine whether to add ADT or not.

I will be consulting with Dr. Scholz and another radiation oncologist on this also, but I don't think they will treat an area unless it shows a definite reason to do so, and the PSMA does not indicate that in my case. The only other way I can see to determine that is if I had a radical prostatectomy where they could physically remove the lymph nodes and examine that, and I am not really inclined to do that.

Anomalous in reply to Yearofthecow

What was the lymph node SUV-max, if any?

Yearofthecow in reply to Anomalous

They called it equivocal I suspect because it can be due to a lot of reasons. The MRI I had prior to the TP biopsy indicated no enlarged lymph nodes in the pelvis. I had the PSMA one month after the biopsy, and I wonder if the biopsy itself might have caused this, but I don't know.

The impression I have is they don't want to act on it unless the evidence shows it should be, so they just want to monitor it.

I am waiting on decipher results, and will be consulting with two other doctors to understand my options, and what course of action to take.

Thanks. Nothing is simple for any of us dealing with this

Yes, there are risks w surgery or radiation. Did you ask if a biopsy of lymph nodes was possible? Possibly a needle biopsy?? I’m reaching for you to just ask the question?

No Spyder. I am not sure how easy it would be to access, in the pelvic area.

The point both by the urologist and radiation oncologist made is that in the PSMA scan report there was no increased PSMA uptake in the lymph which would definitely indicate a malignancy, just some mild swelling, and no different then uptake from normal tissue.

They weren’t interested in acting on this at this time based on the report, and just want to monitor it.

I will be consulting with Mark Scholz in a week, and another radiation oncologist on their thoughts

I do appreciate your suggestions Spyder, and reading your profile, you have been through a lot, and have gained a lot of experience, and thank-you for sharing that experience.

Wish you the best in your journey

Newbie. Increasing psa. What to do next?

What is next after Lupron and radiation?

in Denver, CO and was diagnosed with aggressive prostate cancer last August at the Urology Clinic...

boat on a potential curative therapy like salvage radiation just because he is not speaking to the...