Looked at studies - seem inconclusive as to any advantage for one over other. Some indications PT may have less side effects, maybe? Local radiation folks (Seattle Cancer Care Alliance) say have seen slightly more rectal bleeding from PT. Thoughts? 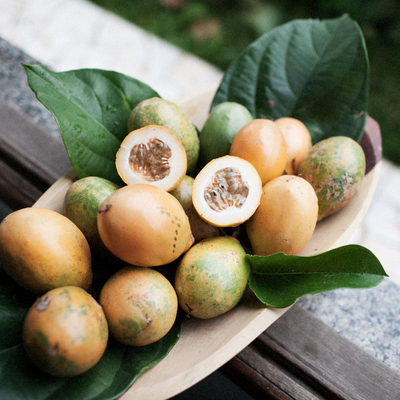 conbio
To view profiles and participate in discussions please or .
Read more about...
9 Replies
•

No randomized clinical trials yet. But so far, there doesn't seem to be any difference:

The impression I got when I had PT at Provision (Knoxville, 2017), was that PT's big impact was in the treatment of children, particularly in treatment of brain tumors in children, the theory being that over the long life of a child, there would be fewer side effects. The kids went for treatment early in the day, the old guys like me, filled in on the late shift, and helped pay the bills. With todays technology, I would probably choose something closer to where I live.

and no rectal bleeding at all.

I have messaged with Dr. Gary Larson of the Integris Cancer Institute in Oklahoma about the same time as you had your therapy. Different name for the facility then and he ran it I believe. A very honest doctor. When diagnosed with bladder cancer he wrote about his experience on a forum. At the time the radiation oncologists using proton therapy at his facility didn't have that much experience with bladder cancer. He chose a doc at Mass General and stayed in Boston while being treated. As always, one of the most important factors for a treatment's success is the experience of the practitioner.

It sounds as if you had a good doc!

Yes, they took ten days to program everything, lots of math and physics.

Six months ago when I was considering my treatment options, a nuclear engineer friend suggested looking into proton therapy. The promise of particles (protons) over photons (X rays, gamma rays) is that they can deliver their cancer-killing energy to the tumor and avoid irradiating the healthy tissue on the beam entrance and exit (Spread Out Bragg Peak - SOBP).

Sounded great and I looked into it. In the end, the effectiveness of proton therapy appears to be no better and no worse than SBRT photon therapy. It seems that the deeper tissue of PCa interferes with the promise of highly focused treatment and that shallower tumors (neck, breast, brain) are better candidates than radiation.

I didn't like that answer as the physics of proton therapy was so promising, so I called the Seattle Cancer Care Alliance in Seattle that offer proton beam therapy expecting them to tout the benefits and deny the rumors. Much to my surprise, when I suggested that the literature showed no net benefit to protons over SBRT they immediately agreed and I ultimately chose SBRT instead with Dr. Robert Meier at Swedish Hospital in Seattle.

That is not to say proton is worse than a treatment like SBRT or HD Brachy but as of now, it seems no better for treating PCa. If you do choose to go with proton therapy, check in advance that your insurance will cover it (I believe Medicare does now) as some carriers still consider it to be experimental. Proton therapy is, I believe the most expensive treatment option as well.

conbio in reply to Christo1

Thanks Christopher - that's generally what I've been hearing as well. Best wishes. And Go Hawks!

NotDFL in reply to Christo1

Excellent response; agrees with all that I have been reading about the proton vs photon issue to treat prostate cancer. Georgetown U Medical Center has both instruments. SBRT (photons) is used for prostate cancer, the proton equipment is used for other cancers (such as brain and with children).

My doctor at UC San Diego does both photon and proton and for my case he recommended protons. In fifth week of treatment with no problems other than a little tired some days.

Much to my surprise Blue Cross/Anthem is paying virtually all of the costs except the deductible and small co-insurance.

result of a TURP last August and proton beam radiation in the winter? I am getting these strictures...

Side effects of IMRT?

What were your experiences? Side effects? Diet?...

Kegels and other exercises for incontinence