In order to bring home the seriousness of the Coronavirus, would it not be correct to start publishing the areas where people who have died have come from? At the moment many are still acting as if this is happening in another country! We all know that one, when a couple of 1000 people die through some terrible cause, it is; isn't it awful, to then carry on as it does not directly affect us. The complacency around us is staggering and it is going to cost lives. To bring it closer to home (hopefully not in it) the figures and areas (not names & actual addresses) imo need to be identified. It makes sense imo to stop people wandering into hot spots, otherwise this lock down is going to go on and off and back on, for a very long time...........Thoughts? 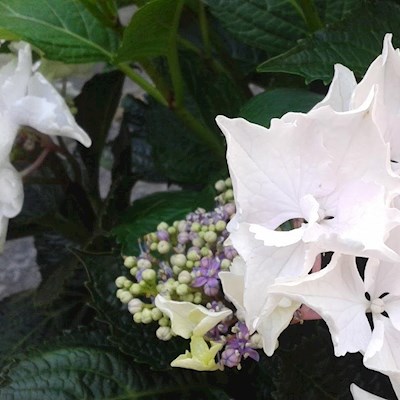 john6
To view profiles and participate in discussions please or .
21 Replies
•

I'm sure if you go on bbc news or the covid app you can see the affect its having in different areas. I looked last week and discovered there are not many cases near me or near my mother in law in somerset. You just put your post code in and it tells you. Hope this helps 🙂

john6 in reply to Agoodenough

Yes, I am aware of that one. I am thinking that they need to be 1. More accurate 2. Define actual areas, to the point of saying xx Village/Town etc has xxxxxx cases. That in itself should keep outsiders away and to remind the idiots of life to whom this lock down [apparently] does not apply - YOU could be getting it next. At the moment many are very blasé about it.

I agree. Some people are not realising the seriousness of the situation.

I think if you go out you should be masked. Not using those needed by the NHS but make your own, hopefully not to give you a false sense if security but to help keep you safe.

If we knew where the most cases are we could take extra protection.

As for those idiots who are behaving as though nothing is happening, I think it's their attitude that's is causing it to spread more

john6 in reply to starveycat

I had my garden hose on yesterday, it is mounted on a tripod. As the water was flowing a very gentle breeze caught some of the fine droplets of misty spray, I could see the misty droplets travel 15 foot +. In all honesty I do not believe that the 2 metre rule does much at all, maybe it is better than nothing.

I am a member of a local group on facebook and they publish how many in the area but not the actual locations, yes i think it would be a good idea if the local news programmes did that not just 25 in Bury which covers a large area

john6 in reply to Scotty7

At the moment they are putting out figures that are generalising, as such they are lessening the impact they should be having.

This forum is for "Positive Wellbeing"... so only good news is allowed?

You can find the local deaths for your local Health area - approaching 100 here, not including the hospitals in the county town or the conurbation.

Now that we are "over the hump" the media have got even more negative - and have started an "anti-Boris" campaign... but this might even be government-orchestrated, in an attempt to get people to continue to play by the rules despite the good news.

"This forum is for "Positive Wellbeing"... so only good news is allowed?"

In many respects pointing out the frailties of the Coronovirus Pandemic feedback, is tantamount to "Positive Wellbeing", or we can stick our heads in the sand!

I'm sure a state where doing this areas and it worked, they may do this here with this new app soon or part of the new measures soon

I tend to work on the basis of; Whatever is happening in your/my area is being mirrored around the country on a larger/smaller scale. In my neck of the woods I see an awful lot of people who are playing by the rules, equally so we have quite a number who have not grasped the nettle. In supermarkets they are day dreaming, in many respects they are totally switched off. My thoughts are that the daily bulletins need to be ramped up with more to the point accuracy. At the moment it is sloppy/deceitful accountancy

Hi John, a lot of people don't like it to be published so instead of say a town they will say for instance Lancashire as I know of someone who died but it hasn't gone in public domain yet as the family don't want it .

john6 in reply to

I appreciate that and a I respect the need for confidentiality. My thoughts are to get the seriousness of It home, in order to do that I feel that generalising is not cutting it. They need to be saying ( without naming people or actual addresses), that this disease has this many cases in this Town/estate/neighborhood etc. Only then will the dead heads start to realise it could happen to them or their family.

To control the spread of the disease, infections are more important than deaths - but everyone everywhere needs to keep to the rules - as there could be asymptomatic or undiagnosed people anywhere - but if there were no reported cases in a town, people would get complacent and not keep to the rules.

"but if there were no reported cases in a town, people would get complacent and not keep to the rules".

Part of the problem is that they are not even reporting Towns or Villages, they are reporting Counties which really does not tell us enough. My thoughts were to get rid of that "Complacency" by reporting figures on Villages, Suburbs, Estates etc - not names or addresses. It might give it shock value and hopefully people would become more compliant.

I think this would be a very good idea. Where I live life seems to be carrying on much as normal with people treating it as an extended holiday. People are queuing outside of shops, but that is about it.

It would be useful to have statistics for each town reported. I think that would help people to be more aware of the need to stay home.

I can find statistics for the county in which I live. Although cases numbers are falling in many areas they are continuing to rise here, but exactly where in the county it is hard to tell.

john6 in reply to Troilus

As you say, within a county tells us very little. Imo it needs to pinpoint specific areas to stop the spread, otherwise people are likely to wander into polluted areas without being aware.

To put it into perspective; who would take the offer of a free holiday in Wuhan or Northern Italy ? Ummmmmm, personally I'll pass on that one.

GhoundsReading Rabbits in reply to Troilus

Same here. Like a bank holiday...traffic near normal, lots of pedestrians and a healthy neighbour having a daily two hour visit from her ex! He is not delivering shopping and she is not in need of a carer.

Sadly John6. Too many people are not taking this seriously enough. You even have a few other idiots think its all a goverment conspiracy. And no one is dying. Think too many in the uk take the i am ok jack attitude. And the virus wont happen to me. But sadly us who have underlying health problems. Now only too well what catching this virus will mean. Take care look after yourself. Brian

"But sadly us who have underlying health problems. Now only too well what catching this virus will mean".

I think that it is very much the above plus those whose immune system is compromised, to then add those who do not know they have an underlying health problem is making it look worse than what it is.

It is attacking in areas where there are massive populations ie London, New York, the Midlands etc along with those working in confined spaces. Social distancing is important, although I am not convinced that 2 metres is anywhere near being enough. Having said that; it is better than nothing.

Re "Social distancing"! I was watering the garden the day before yesterday with the hose mounted on a tripod. It was on a fine spray when a very very slight breeze caught the spray, it must have travelled/floated backwards some 15+ feet.........makes you think!

What do you think of Climate Change?

each of us anxious about our future, I want you people to share if you have any anxieties or...

FUNKY FRIDAY WHAT MUSIC DO YOU PLAY

How long do you think this will last?

I'm still working at home and have been struggling with getting motivated to work and never want to...