Dexa Scan: I requested a referral for a dexa scan... - PMRGCAuk

I requested a referral for a dexa scan from my GP as Alendronic Acid has caused me nasty side effects possibly due to having irritable bowel issues. I have just been informed that there is an eight month waiting list. Is this waiting time normal in the UK? Would appreciate some feedback please. 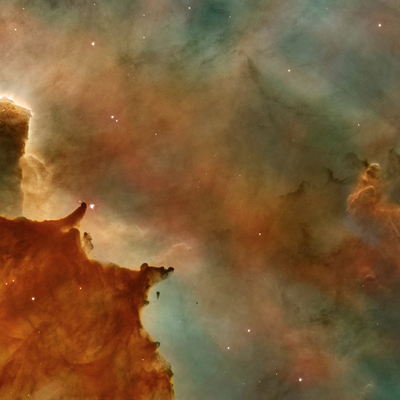 Wayfair
To view profiles and participate in discussions please or .
Read more about...
27 Replies
•

Not sure if its normal but my gp is refusing to organise one for me. Is there another gp in your practice who might think differently?

My GP has arranged for the scan. Been informed that there is an 8 months waiting list.

In some areas of the country there can be a long wait. Having you said no AA unless it's done? Ask for adcal d3 until appt. I was lucky and have only waited a few weeks. But the first scan was over 12months after starting pred and only adcal recommended​.

Hmm. Someone recently paid for theirs because of refusal. Doesn’t make sense to me. If you’re giving a drug that you think is damaging enough to the bones to require another drug to stop it, then surely you need a baseline to see of the treatment is necessary or working. Also, I’d be a bit concerned about continuing a drug that is upsetting your IBS especially when you are immunocompromised due to possibility of an opportunistic infection creeping in. Also, it’s down to quality of life; there seems to be the attitude that as long as the treatment boxes are ticked, the patient should put up with it. If it is no way to live, you need to stick to your guns and be a bloody awkward patient - polite but deadly is my motto. If it was me I’d ask why a baseline wouldn’t be useful if they are that worried, insist on getting on that waiting list because it’s better late than never, plus the effect isn’t immediate anyway. You are taking vit D and calcium/vitK, particularly vit D?

Wayfair in reply to Theziggy

Crazy isn’t it to have to wait so long to see a Rheumatologist! I only waited about a month. Looks like I will have to patiently wait the 8 months for the scan now.

Sorry think I must have been asleep.still. is it worth phoning the department and saying you will take a short notice cancellation?

That’s definitely worth doing as when l had my last one the Receptionist was ringing patients all the time l was waiting.

It's sometimes a good way to jump the queue.

What a good idea, will do thank you

That’s a good suggestion, thank you

Also my last visit with a new Rheumatologist was woeful. I was trying to suggest that instead of PMR that I had Palindromic Rheumatism which my GP also supported. The Rheumy ignored me, didn't ask me how I was, how I had been, how my flares were - he just kept saying "you have to get off the steroids - you are a young man". And I thought - considering he is treating me for PMR which can last up to 6+ years and which Pred is the only medication that helps - what will I do for the other 5 years?

Bit bitter this morning having slipped overnight into another decade of my life - without any great aplomb either! What's it all about Alfie???

Which decade counts as young? I had PMR from 51 (now that I think counts as young) but I lost most of my 50s to PMR as I wasn't put on pred until 57. My 60s have been rather better PMR-wise - purely thanks to pred though.

Postcode lottery again I suspect. It depends on the availability of the machines where you live. My husband's department had one that was nearing the end of its useful life - it was already financed and the technical staff in place, all that as needed was the capital cost. He had charity funding on offer - the Trust said it wasn't good enough as the ongoing costs weren't covered!! No new machine and it was only a matter of time before the old one died.

It differs from area to area

So it would depend on waiting list where you are

In my area we fundraised for a machine. I was talking to the lady who operates it and she said it is used by a huge area, so there is a massive demand. We would not have it at all if it were not for a lot of generous people supporting it. Camilla, Prince Charles’ wife, opened it as I believe her mother had bad osteoporosis.

Mine took about 2 months from my GP asking for one.

I'm southwest UK, and GP reluctant at first to request, as thought it would be refused by hospital, but I said I didn't want to take AA unless indicated. I had about a 3 week wait, and had scan this week. I think it's so important to have a baseline...GP thinks I'll be through PMR in 18months...and I hope she's right, but it looks like average is 4-5 yrs, so a lot can happen to bones in that time, hence baseline important.

PMRproAmbassador in reply to Daisyfield

Have you asked her how many patients with PMR she has had?

No, but I have a couple of GP friends too who seem to think that in the cases they see, that PMR resolves more quickly in 'younger' patients....time will tell, I guess!

PMRproAmbassador in reply to Daisyfield

Haha - that always makes me laugh ironically. I was 51 when mine started. It hadn't gone in 5 years - not sure it's gone in 15 years either!

I know...and I'm v mindful of the experiences of people on here...and it may become my experience too. I'm learning to adjust to it, and trying to do what I can to stay as healthy as poss if I have it for 2 years or 15!

also, in fairness to GP, she diagnosed on first examination, and was very quick to ensure I didn't have symptoms of GCA, so I think she's very aware of it. But I'm v thank full to this site for the info to help me ask for scan.

I'm also in the South West and only waited 5 weeks for my Dexa Scan !

I started taking the alendronic acid when first diagnosed with PMR back in March 2016. I was more obedient then.....or was it blissful ignorance! After I learned more about it I stopped and requested a dexa scan. Don’t understand why it’s not offered before pred treatment but assuming it’s resources. Here in Edinburgh it was a 48 week wait back then. My GP wrote saying I was 56 years old female, on pred, not taking AA and I got my appointment within a month! The radiologist explained that when reading that a red flag would have been put against my name hence the urgent appointment. All was good with my bones and I requested a second one which I had within 5 weeks back in January. All still well so just shows we don’t all need AA, despite the automatic prescribing.

Thank you for your comments. My doctor was away and I saw another doctor in the practice. She sent the referral. I think I will see my own doctor who has been brilliant, and see what he can do. I appreciate this forum, otherwise we would be kept in the dark about how to proceed in relation to PMR.

to say I have Osteopenia and prescribed AA which I have so far not taken due to what I have read...

booked a dexa scan which I had in July & from June when I first saw her she gave me alendronic...