Could this be wheat intolerance and not PMR at all? - PMRGCAuk

I am beginning to question my diagnosis altogether. I was diagnosed with PMR 5 years ago and have been on and off Prednisone 3 times. My sister recently mentioned to me that she had experienced hip pain and inflammation to the point of not being able to walk up stairs and discovered through an elimination diet that she was reacting to wheat. (did not test positive for celiac) On a wheat-free diet she is pain free. I decided to try eliminating wheat and within 4 days I felt noticeably better. I too tested negative to celiac. I am now eating wheat for a month to confirm whether my CRP goes back up. After 2 weeks I am feeling the usual burden of pain and fatigue setting in. I will be interested to see what the numbers show.

Any similar experiences out there? 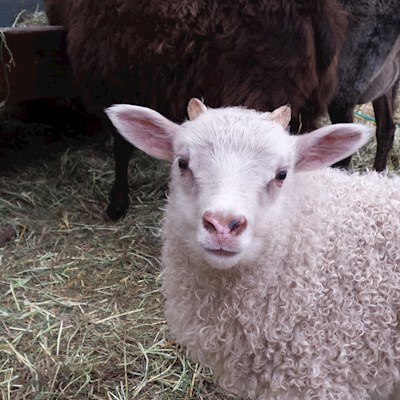 SheilasPMR
To view profiles and participate in discussions please or .
Read more about...
31 Replies
•

My first few months a lot of my friends told me I had inflamation due to wheat. I did ythe elimination diet twice each for 4-6 weeks. I lost some weight but no change in labs or pain. It won't hurt to try.

I know if I have wheat I do feel physically unwell but so does my son.

I have been tested but like you not celiac

Cant say it makes a difference to PMR but without it I feel less bloated and lethargic .

My bloods are never raised

Well, you never know. It would be good wouldn’t it? Obviously it won’t be the case for everyone and some of us were wheat or gluten free long before diagnosis. If you’re on Pred still, keep the taper slow for your adrenals’ sake.

Was tested many years ago, not celiac, but was told intolerant to gliadin that`s in wheat..........I`ve never read anything about or what gliadin is....makes you wonder if I felt better doing no sugar and carbs this could have helped me…..You are doing the right thing by testing yourself.

Gliadins are proteins and part of the gluten in wheat - gluten isn't just one substance, it's a mix of proteins.

So yes - you should feel a lot better on a diet without wheat and other gluten-containing grains.

Just read the article thank you...very interesting, so don`t think even though I miss bread will go back to it.....this may explain why after a rhubarb crumble last night (as a reward to myself!) obviously with flour and some oats, I feel yukky today.....only way to explain it...…..

I said as much over on that other post. And suggested trying spelt - I can't tell the difference from ordinary wheat except I don't itch! - or Dove's Farm gluten-free flour for baking. I defy anyone to tell the difference in crumble and it makes a lovely sponge cake once you get the hang of it. Pastry tends to be very short - the BBC very easy, no roll out pastry for their mince pies is ideal though!

OTOH, you don't want to be eating too much or that Hba1c will be back up again

Yes, you're right, I won't go back to like before February, eating those things again......I got rid of bloating as well...

If I have done things with pastry recently, have eaten only what's under it......

I am intolerant to wheat - a real rash allergic reaction to something in the structure of the starch, it isn't a gluten problem. But mine is almost certainly due the autoimmune part of PMR as it started about the same time as the PMR.

And the PMR symptoms didn't improve even when I ate no wheat or other gluten products. I have wondered sometimes whether the fact I can manage my PMR pretty well most of the time and have little pain as such is because I don't eat wheat - but who knows.

Reading the replies makes me think that an autoimmune condition such as pmr is logically linked to allergies that cause inflammation. I wonder how many sailors in the good ship pmr also react to wheat/ gluten whether officially or anecdotally as I too have problems with gluten but am not coeliac??? Would be interesting to do a poll on pmr and gluten intolerance or pmr and other allergies???

Quite a few of us I suspect! But the mantra has been that people just make it up and don't really need gluten-free.

However - the NHS website admits to people having wheat intolerances - also saying that many people can eat French breads or sourdoughs without problems. I can - since I only itch I do occasionally eat wheat and while we were on a canal boat in France our host had already done the shopping when we arrived. So when faced with "eat criossants, pain au raisins and baguette or starve" I complied! And had no ill effects!

Perhaps I can persuade OH to make sourdough bread, other than what he does......watch this space

I was able to eat far more bread than usual with no discomfort during Netherlands leg of holiday. UK and return home to Canada a different story.

That's interesting - must ask my friend who lives there about Dutch bread...

I wonder if it's usually sourdough?

Our wheat is genetically modified

Organic choices but our soil is getting contaminated. (Monsanto)

Actually I don't think genetically modified wheat is being commercially grown - so far as I know the farmers have resisted. However glyphosate is used as a desiccant - it dries the wheat plant for harvesting. So this is probably the source of many of our problems with wheat. Glyphosate damages the gut of insects so no wonder it also damages ours. It's ubiquitous in the environment now, even if we try to eat food grown organically there is still going to be some in our bodies.

I heard this man, a former government scientist, give a talk a few years ago. He focused on the harm glyphosate does, but of course it's resistance to glyphosate for which Monsanto modifies its food plants so GMO is still implicated in this.

I think it’s about the seeds (Monsanto again) and Roundup.

Glyphosate is an active ingredient in Roundup.

But I believe there has been contamination from the test fields.

In the UK Glyphosate is sold on it's own as well. As a systemic weed killer that is supposed to break down in the soil without contamination!! Acts through the green tissue of plants. The stuff is used everywhere!

We have some regulations about their use here. Unfortunately because our city was one of the first to restrict the use of such chemicals our laws are not as tough as those since developed elsewhere and it's too easy for people to get permission to use them. Quite honestly I think we need to learn to get along with the pests and the weeds. How did we manage for the first 10,000 years of agriculture? I'm loving my lawn after some much needed rain and a bit of care given by my son last week. It looks really lush. Because it's full of clover!

Clover means a healthy lawn Heron. Packed with Nitrogen. Quite right with some of the chemicals used over the past 100 years it's a wonder the human race hasn't been severely deformed! I used a few stinkers myself but not now!

I "planted" the clover myself, taking mature flower heads from a nearby park and scattering them freely all over my lawn. 😎

Good for you for testing and I hope you have wonderful results with removing wheat. It is a well-known inflammatory trigger and could well be for you, especially as your sister also reacts to it, because gluten sensitivity is very often genetic.

We're all different and it can be extremely tricky and challenging to work out what foods we're sensitive to. Wheat and/or gluten is only the start of a very long list of possible inflammatory trigger foods, not to mention all the other lifestyle and environmental factors, so if that does it for you then I'd say you're very lucky to have found it out. I really hope so

Well it seems like there must be a connection at least. It is good to hear from those who can relate to the incredible frustration of this disease.

Here's a thought. Rather than risking feeling pain and fatigue for another month eating wheat, how about testing by NOT eating wheat for a month and see how you feel. The fact that you felt better after 4 days is probably a bit of a clue!

I want to know if eating wheat actually affects my CRP.

I have to make it clear though - even cutting all gluten-containing foods from my diet did not cure my PMR. It may make it worse - but it isn't the source of the problem. I was eating gluten-free when the PMR started.

Very similar symptoms. You're probably helping your body by not eating wheat or carbs etc. It would be an interesting case study about what and PMR

I was on a gluten free for a year, lost so much weight but still ended up diagnosed with PMR 10 months into my gluten free diet. So I know for me, food isn't the problem. It won't hurt to try, you never know how you will feel. I am slowly going back to gluten free because of IBS, which has become really bad, so will see if it helps.

All about the anti inflammatory diet which of course is under the gluten diet.

Check out Google for ketosis diet

Could this be PMR related?

Having lived with PMR for almost 5 years, I really felt I understood this illness pretty well but...

Could this be PMR too?!

than the left. Throughout the PMR, I have really only experienced pain at the top of my arms, and...

reduction and diet (starting with an elimination diet that ended with a gluten, dairy, and soy-free...

Could I be cured of PMR

I beginning to think I am cured of PMR or am I dreaming. Diagnosed in December 2018 January I was...

Could a fall cause a PMR Flare?

of flare, shoulder pain, hip pain,etc. Not quite recognizing that I was beginning a flare, I...