I don't know what to do with myself - Pain Concern

I feel absolutely awful. This weekend has been a nightmare for me. I'm not sure what it is that is causing me to feel this way. On Friday I didn't feel too bad, but when I went to take my oxycodone, I had just received my new bag of prescription drugs, and noticed I didn't have any. I contacted my chemist who informed me that he was waiting for confirmation of the amount to be prescribed, and until he got it he couldn't do anything for me. I panicked and have therefore got myself into a bit of a state but thought if I just took my other meds I would be okay. I have not stopped sweating, but I'm freezing, I feel anxious and I've not got any energy at all. I've spent my whole time in bed either trying to sleep or just feeling so weak and sick. I can't see what it can be thats causing this but I'm in an awful mess. The pain in my back isnt helping and I can't stop crying I just dont know what to do with myself. 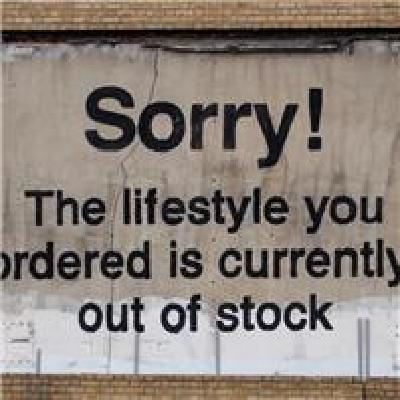 faceless65
To view profiles and participate in discussions please or .
Read more about...
14 Replies
•

Have you now got the Oxycodone that you need,?? have you run out of them.??.

Sometimes depending on how often you take these medications you may be suffering withdrawal, could the chemist not give you a part script to keep you going until He got the dose confirmed. ??

Normally they would give you an amount of medications to keep you going. Sometimes they can run out and the above happens. They should not leave you with no medications, this is counter productive.

It's possible that you are feeling anxious and upset about not having the medication you were expecting, and that's caused you to feel really terrrible. The body can react to these kinds of upsets and worries with physical symptoms. I once had a huge panic when I couldn't get an over-the-counter painkiller I'd got used to. I've also had a very stressful week (pain hasn't been at fault for once) and I've been absolutely shattered and a total wreck, physically worn out.

Hope you've got your medication now. You need to look after yourself, try to get up and eat and drink a little or you will feel worse.

I mentioned this to my chemist that couldn't my oher half come and get me some that evening but he was adamant that I had to go thru the doc. I have not had any over the weekend and I have suffered terribly. I thankfully have some tramadol which was he drug I used to have before the oxycontin so I've used them instead. I have somehow managed to get through the day, but I've felt so weak. I have managed to drink a green tea but can't face anything else. When I've tried to get up my legs have felt like they were just going to collapse under me so I have not really moved. My whole body is just feeling so heavy, amd this hot and sweaty buy freezing cold feeling is just terrible. I am going to take a sleeping tablet or two as well as some more tramadol and diazapam and hope that I manage to get some sleep. I'm going to ring the doc first thing tomorrow.

I'm not pleased with the way the chemist has done this as it was on my prescription as a repeat, but because my doc changed the dosage for one week to see if it could be lowered and put me on another drug as well to compensate the lower dosage, after that week he decided to put me back on the orig dose as the other wasn't agreeing with me, hence the confusion with the chemist. I have felt like a complete zombie with no energy and the tears won't stop flowing. Roll on tomorrow as I cant continue like this.

Thank you for your help it makes me feel like I am not alone in this if you het my meaning. X

Pat speaking. NEVER feel you are on your own.

Did your GP change tour script just for one week while he tried to sort out your meds? Most unusual if he did. Most would see how you got on before making it more permanent. Anyway whatever he did your chemist should have listened to you.

If David does run outof a med our chemist will always give him something to tied him over. Speak with your GP and tell him the mess you found yourself in.

It does sound to me as if you were experiencing withdrawal symptoms. Again when David has increased his patches for 72 hours he gets stron effects when the dose is reduced back down. Sweats, shivers, sickness and very unhappy. Again ask your GP.

Let us know how you get on today. Hope something good comes out of your horrible weekend. And of course you've always got us here with large shoulders to cry on!!

Have you managed to call the surgery regards OXYCONTON , yet Has the chemist managed to confirm the script.

I've been in touch with my doc and they've prescribed me my prescription which they are now preparing for me thank goodness. Dave my other half is gonna go and collect it for me.

Pat in regards to your query bout doc changing script so quickly it was because the new drug was because i was having severe side effects so he automatically put me back on my original meds. apparently because this oxycodone is a controlled drug the chemist has to have a prescription or otherwise he can't prescribe.

i managed to get through the nite to a certain degree but still don't feel Brill so hopefully wen i've had my meds i'll start to feel better. i am to phone the surgery up again tomorrow if i feel no better i have been told so at least they are checking up which is good.

thank you for your support, it does help knowing that there is someone i can talk to as its too hard to explain to someone who doesn't understand what its like.

If all else fails try A&E. But have evidence of your regular prescription with you. If you have chronic pain then make sure you keep a prescription reorder slip with you - so if you are caught out( e.g. on holiday). you can get the tablets you need in emergency,

thanks Daniel i'll take that on board x

Hello faceless, hope you are feeling a bit better today. You sound so like me. You are spot on about controlled drugs. It is illegal for chemist to give these without prescription but A & E can. I have been in this position before when gp surgery and chemist kept blaming each other for repreat prescription going missing and had terrible withdrawal. I had all the symptoms you describe, which are terrible. This weekend I have been cutting down on oxynorm as my back pain improved but had terrible withdrawal and had to increase again the symptoms went away so its defo. not in you head or just caused by anxiety it is withdrawal. One way to avoid this is to get your GP to give you a full set of meds a week in advance and keep them aside for emergencies. Good luck

your response has made me feel so much better, just knowing thst I wasn't just going out of my mind. I took some tramadol to try to get me through the weekend along with my other meds which helped a little to take the edge off.I have now taken one of the tablets that was given to me a cpl hours or so ago and although I'm not fully better its helped a bit. I am going to ensure it doesn't happen again as its been an horrendous experience and not one I want a repeat of.

Hi Faceless65, you did the right thing using the tramadol to help get you through. It seems like you were having withdrawals, not surprisingly. It is disgusting that the pharmacist did this when he could have given you some of them. Maybe speak to your GP about what happened to put something in place for if it happens again. Withdrawal is an awful thing to go through on its own, without the pain that we have always as well.

to be honest i didn't know what else to do but i do know that i was glad i had some tramadol still available. i think if i hadn't i would have gone to a&e as i wa a real mess. what made me feel worse was that i felt no one cared when i rang the chemist. i explained that it still showed on my repeat prescription and he could hear i was in tears and i couldn't understand why he couldn't just give me some for the weekend. i felt like i was an addict scrummaging around lookin for anything just to calm me down. i am goin to speak to my doctor when he is next coming to see me and tell him what happened like you said. i am thankfully starting to feel a bit more human again now.

i appreciate all your support as it helped just to be able to tell someone how i felt even thought i know that sounds daft but it in a way was my lifeline.

Its withdrawal from the Codeine its a Opioid so it comes with a monkey and a Turkey!, I tend to keep off of it as much as I can and anyway its not to effective against neurological pain only the OA I have so I self medicate with my home made version of Sativex which has no withdrawal either, but that said I always have a emergency supply of my other med's kept to one side so if I get to low I have a back up just in case something like this happens.

sounds like a great method to me and having the back up for emergencies is the answer!

I don't know what else to do

the hell my side hurts and why things feel so difficult. I can't eat properly, and I get nauseous...

Don't know where to put myself!!!

have been in so much pain I haven't known what to do with myself,iv been in bed all afternoon...

I have in my pain neck for about 4 years now? It doesn't go away and I don't know what to do? Help

internet about essential termors, even though it can't be genetic. I have been to my gp a couple...

What can I do when painkillers don't work?

won't give me anything stronger because I'm so young. Have I just got to suck it up and deal with...