Aches and pains cropping up all over the place ... - My Ovacome

Over a 5 year period I had two lots of 6 x carboplatin/taxol which were effective both times, although I was left with neuropathy in my feet. When I needed chemo again at the beginning of this year my Onc chose for me to have Carboplatin only, again with good results in that the tumours, which were now in 3 of my abdominal lymph nodes, shrunk back down to normal size. However, since my chemo ended in July I have gradually developed pain in my sacral joints and in one and now both shoulders. I also have intermittent pain in my finger joints. My GP sent me for xrays which proved normal, but would only have shown bone abnormalities I presume. He has now put it down to inflamation for which he prescribed high-dose ibuprofen, but that does not seem to be helping.

Has anyone else experienced anything similar as a possible after-effect of chemo? I feel a bit embarrassed in that every time I see my Onc for my 3 month check I invariably have another pain somewhere or other which I feel I ought to mention. I see him again on Dec 12th and dont know whether to mention this latest lot to him - I feel such a hypochondriac! I also now seem to get stomach ache every time I eat which is not normal for me. Last night I woke in the early hours with thoughts that the cancer might be rampaging undetected all the way round my body, although now in the light of day I feel my normal optimistic self again. 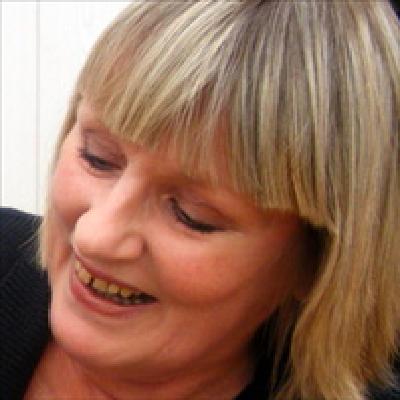 PatsyH
To view profiles and participate in discussions please or .
Read more about...
12 Replies
•

I understand just what you are saying! The early hours are very fertile for the gremlins to start nagging! I also have had pain and strains in every set of muscles and every tendon in my body since the hysterectomy and chemo. I refused Taxol, which is implicated more often in neuropathy, and which a friend had been left in trouble by.

I didn't bother to report all the pains to the oncology people as it became clear to me early on that they had little or no understanding of it. I attributed mine to a combination of chemo damage and the fierce menopause into which I was jettissoned by the surgery. I go to the chiropractor regularly - monthly when things were at their worst - take 'devils claw' for specific pain; eat as much turmeric and black pepper as possible (it's a powerful anti-inflammatory), and do everything I can to eliminate inflammatory foods from my diet. I also make a priority of exercising in the fresh air as much as I can.

Your stomach aches might be stress/worry related - or even a side -effect of the ibruprofen.

I hope things get better soon - it took me 2 yrs after chemo to feel free from pain some of the time, but I still pull muscles for a pass time!

Thanks so much for your reply. I was about to say I'm glad to hear you have pains too, but I'm not of course! What I mean to say is that it does help to put things back into perspective when one knows that others have similar niggles and fears. I was very interested in your point that ibuprofen may be causing my stomach ache. I will mention this to my doctor as I was going to see him anyway about stopping the ibuprofen.

As for mentioning these things to one's oncologist, I agree that they dont seem to have a clue about after effects and tend to say 'see your GP'. Mind you, it's understandable I suppose, as there must be so many different after-effects, making it impossible to pin anything down and be specific about individual symptoms.

Thanks again and best wishes

Ibuprofen is notorious for upset stomachs! Diclofenic is another, as it is derived from the same drugs. When I was on either my GP prescribed some lansoprazole to protect my stomach. I have never had problems with ibuprofen, so I havent got a clue if they made a difference, but it may be worth enquiring.

Don't forget to eat something before taking ibuprofen, as this could also make the difference! Every time I get an ache or pain, I start to worry too, so you are not alone there, my doctor said I'm going to worry about every little pain after all I've gone through, so i think it's normal!

I was in a car crash three years ago and am full of bits of metal. The chemo makes my knee (which was smashed to bits) ache like the devil but the prescibed tramadol/paracetamol from my gp here works a real treat. Yes, it's a pretty strong remedy but I don't actually need much each time to chase the pain away and at least give me a good night's sleep which eludes me otherwise. Sometimes it's better, imh (un-medical)o, to take fewer, stronger drugs than loads of ineffective ones.

Thanks so much for your replies. As of today I am not taking any more ibuprofen after an awful night of trapped-wind type pain all around my back and midriff. I am already taking lanzaprazole for acid reflux so that does not seem to have kicked the ibuprofen side-effect into touch. I'm a bit loathe to take tramadol for the other pains - particularly my shoulders which are agony - because I was led to believe it's addictive, but my husband takes it for cervical spondulitis/osis(?) and it's the only pain-killer which works for him. But I'll wait to see what happens after stopping the ibuprofen before I start taking anything else.

Best wishes to you all

I was tramadol for 8 months whilst in rehab' after my accident and following further surger ywas able to come off it. I've only gone back on since the chemo and then only take it for a week or so after each session so it does not appear to have hooked me yet! Good old Gaviscon's worth a go for the acid reflux.

I also finished 6X carboplatin at the end of July and developed painful joints in September. I seemd to hurt everywhere; my shoulders, knees, collarbone, finger joints and feet. I also have pain in my tendons in my heels and thumbs(one thumb has now seized up completely). I also have a rash on one foot and peeling skin on the base of my foot- gross! The oncology department and keyworkers kept insisting that these symptoms weren't chemo related and that they were possibly psychosomatic. I too, felt like a hypochondriac. Luckily, my GP has been sympathetic and believes me... I went to my follow up appointment armed with evidence from the internet and this blog to show that the symptoms were chemo side effects and the oncologist finally said that they may be chemo relateds but were 'not common side effects'. It is such a battle sometimes.

The wonderful women on this blog suggested udder cream for the peeling skin (it works) and I now have a hydrocortisone for the rash. The joint pain has eased up a little in the last week but my hands and feet are still painful. Despite this, I do try and walk every day and eat well. I take paracetamol for any pain I can't cope with.

Trust me, you're not alone! and i know what you mean about being somewhat glad to hear that others have these symptoms.........

PatsyH in reply to Eleni

I was told by a therapist that almond oil is a wonderful moisturiser so you might want to try that as well. I think it's cheap as chips in somewhere like Boots. I'm about to hunt some down for myself as my hands are excessively dry and itchy. Where do you get udder cream from?

I stole two of my husband's Tramadol last night and actually got a much better night's sleep, but I'm waiting for my GP to phone after morning surgery (he does this if a surgery visit is not really necessary - very good idea) as this shoulder pain is now so bad my left arm is almost too painful to use. I'm going up to see my young grandchildren this weekend and you cant pick up a delightful 2 year old with one arm out of action!

It's such a cheek for people to imply that these pains are psychosomatic and it rather looks to me, judging from all the replies on this subject, that this is NOT an uncommon side effect at all. I hobble around like an ancient crone when I get up in the morning or from sitting in an armchair for any length of time. It seems everything seizes up - knees, ankles, hips - and it takes a while to get properly mobile again. And, although I'm 65, I was zapping around like a 20 year old before I got ill. So all this creakiness doesn't sit well with me at all!

Eleni in reply to PatsyH

Yes, I'm 57 and have just the same creakiness that you mention. Udder cream can be purchased on the internet; it is fabulous stuff although my GP did laugh! My chiropodist knew all about it though and actually had some in his clinic. Good luck with it. I've started to take some of the vitamins and minerals that I took prior to chemo. This includes cod liver oil; I always felt that it lubricated my joints so am hoping this will help.

Glad you got some sleep last night. I find a milky ovaltine before bedtime really does work ( it's now the only proper milk I have) and there is a wonderful sleep spray for your pillow that you can get in Boots.

I hope things ease for you soon,

For all my aches and pains I always have SBC Arnica gel in the house. I feel it works, especially on my shoulders (have had 'frozen shoulders' in the past). My husband says it stops the itch that comes with gnat bites! I would not buy arnica from health shops - too expensive, I get the SBC stuff from QVC.

Hope you are able to find something that works for you.

Many thanks for your reply. Is SBC the name of the manufacturer for the arnica you use?

I to use the arnica gel that LucyJ has told you about, and I swear by it and have used it for many a year since having my cartlidge removed in 1997.

Its "BRILL" and completely natural, so there's nothing to worry about there.

Yes the name of the manufacturer is SBC.

Are you with QVC ?? they do other gels which are very good as well for other complaints.

started chemo. We talked about after care and he said that I would be seen 3 monthly, one time him...

WBC still low 6 months after chemo is over...

Hi ladies, I was on Carboplatin, Taxol (weekly) and still on Avastin at the moment. It has been 6...

Had 2nd chemo carboplatin/taxol last wed so now day 7. After effects of 1st chemo was horrendous and

the OC isn't going to go away, but once again I feel really optimistic that I can continue to keep...

Will the carboplatin be helpful to me

choices, no chemo, carboplatin or carboplatin with another chemo drug. I chose the one...