Carboplatin and joint pain: Apologies for kind of... - My Ovacome

Apologies for kind of asking this question again - but has anyone else had joint and tendon pain after having carboplatin. I am 12 weeks after finishing my chemo now and still have these symptoms (together with the peeling soles on my feet and rash - udder cream!). My hands and feet are the worst.

My keyworker CNS tells me that these symptoms are not common from carboplatin alone. My GP has taken blood to test my thyroid but is at a bit of a loss. If this is down to chemo, assumedly things will improve but the response from the CNS makes me feel even more anxious and as if she thinks my symptoms are psychosomatic........... 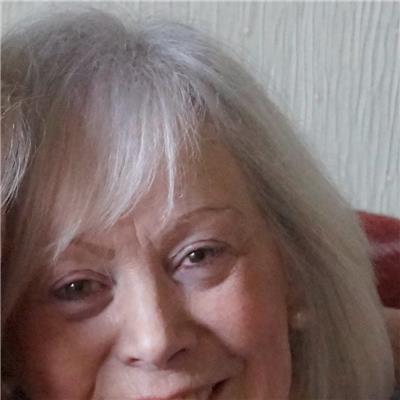 Eleni
To view profiles and participate in discussions please or .
Read more about...
14 Replies
•

I fear your CNS is doing you no favours at all.

As I have said hundreds of times before, I had only carboplatin, and had joint and tendon pain for 2 years afterwards, and still have more than I had before, or could expect for my age. Whether it is carboplatin or menopause ( or a combination of the two), or whether it is psychosomatic; it is still REAL. A psychosomatic pain is only a pain probably caused by a fear or anxiety - it is still a reality for the sufferer - and there is a psychological element and response to all pain. Do not fall into the trap of letting him/her make you feel as if you are 'wrong' or 'defective'. Your response is yours and to be taken seriously. I expect it is (as I'm sure mine was) a weakness in your tendons and muscles caused by the chemo. I don't care if it's unusual!!!

You might see if your doctors think 'devil's claw' might help. It's something I find useful when I want to play tennis a few times a week.

Eleni, I finished carbo and taxol six months ago and my joints are so stiff I find it difficult to walk when I get out of bed in the morning or when standing up after sitting for a while. I think the oncologist put it down to menopause but I'm not so sure. Another friend of mine who had treatment for stage III ovarian cancer is also having problems with the tendons in her feet more than a year since her treatment. (I think she was already in menopause by the time she was diagnosed and was not suffering before, so I believe).

I am able to take HRT as the type of ovarian cancer I was treated for is not an oestrogen receptor, so I would have thought this would mean I would bypass most symptoms of menopause by now.

The oncologist recommended oil of evening primrose, but this has not worked. She has now suggested glucosamine chondroitin which I am now taking and await to see if this has results.

I really do believe chemo destroys more of our system than the oncologists admit. How can such poison not have long-term impact?

Good luck with finding a solution. If you find one, do let me know!

Thank you to you both for your kind and prompt resplies. It seems logical to me that if the chemo continues to work, then the side effects do too, but I haven't been getting much help/sympathy from my CNS. Before I try to get feistier and demand some help, I just wanted to know that I wasn't alone. Thanks for sharing and thank you again Isadora for being a voice of reason!

Is it the chemo or the steroids causing the joint pain? as you say, chemo attacks healthy parts as well. A friend was prescribed steroids for a chest infection and has been told that this was the cause for his recent hip replacement. I have now had 8 carbo/taxol treatments for PPC, and suffer cramps in my feet which dont feel like a normal cramp but a really deep cramp which starts in lower legs, recent blood test will check magnesium level, something you could ask about perhaps.

My first chemo - carboplatin & placitaxol gave me tremendous ankle joint pains a couple of days after treatment. This lasted for a few days. I was also left with numbness in the toes.

When I was put onto Avastin and Cyclophosmide, the latter tiny pill gave me horrendous joint pain, I could barely walk when I tried to stand, but a small 5mg a day steroid was recommended to alleviate this pain. I was already taking other pain killers and even lyrica, which is supposed be to a good treatment for this sort of pain, didn't do a lot of good. The steroids were only taken when I was going through a busy period, or on holiday, and it did take away the pain.

With my experience I would say it is the chemo causing the joint pain, it certainly does in my case

My hip and knee joints have also been painful and often give way. I had carboplatin with paclitaxel the first time around and was told neither was the cause of the joint pain, backache and tendency for knees and hips to give way. I then had more carboplatin 11 months after the 1st lot but without the paclitaxel. Carboplatin worked well on the tumour and the CA125 went down but I became allergic on cycle 2 and, despite high grade antiallergy protocol, this continued on cycle 3. I was then put on cisplatin which has not worked. I still have the joint problems, supposedly not connected with the chemo. How many of us are there getting the same story?

I do have some slight arthritis in my shoulder and wrist and have taken glucosamine with chondroitin for some years. I have upped the dosage recently to the three tabs the boots brand recommends and there is some improvement all round. It took about 3 months originally for me to notice the benefits.

I also lost feeliong in the balls of my feet , my toes and my fingers which was blamed on the paclitaxel.

Sorry just realised I should have addressed the answer to Eleni!

If it is the menopause It is nearly 20 years since I went through it! However never having had hot flushes then I get them now and the joint pains I get are most pronounced when I first get out of bed and after sitting. Standing up is agony!

Isadora! How do you manage tennis? I barely have the energy for my aquarobics, which I do 4 times a week. I have given up the treadmill and the bike because my knees keep giving way.

Well, I'm only 55, and I've been in remission for 2.25 yrs. I started playing whilst I was having chemo as a treat, as it is something I've wanted to go back to since school, and it's become my primary way of keeping fit on a regular basis. I also have a good chirpractor who keeps me from doing too much damage!!

Good for you! I was never any good at ball games - poor hand eye co-ordination - but I do aquarobics 4 times a week.

Hello ladies - my chemo (carbo and taxol) ended nearly two years ago and I too suffer with joint aches and pains. I did have some improvement this summer but since the onset of autumn with the cold and damp the aches in my feet and lower limbs have returned.

Blood tests have ruled out arthritis or rheumatism a cause. Definitely down to the chemo me thinks. First thing in the morning is the worst and when I've travelled some distance as a passenger in the car my feet and ankles feel as though they are made of wooden blocks.

Perhaps we should direct our respective oncologists to this message thread so they can reassure themselves that this is not all in our mind!

I also had carbo and taxol...and I find that it's hard to walk when I get out of bed in the morning, also if I've been sitting in a chair hard to get up...or after driving! I play tennis and it's ok whilst playing, but when I drive home...really hard to even get out of the car. I didn't think it was down to the chemo...I was just worried about my general health...so good to know that it's not just me.....my last chemo was last sept.......so quite a while ago!

I am 5 weeks post chemo for ovarian cancer stage 3c and have been having joint pain in my ankles hips and elbows also muscle pain in my legs also foot pain . My treatment was carboplatin and paclitaxel for first four treatments then switched to carboplatin and taxeltere due to neuropathy. The pain has gotten really bad in the past couple weeks. Eleni it sounds like lots of us have this same issue. I also have very ruff skin buildup on the soles of my feet. Try soaking them in epson salts in some very warm water for a half hour or more and moisturizing after, it works for me....

no 3 of carboplatin. Taxol abandoned due to severe allergy. She is suffering from awful joint pain...

So I just had my first round of chemo on Wednesday. The Carboplatin was a breeze but the pactaxal...

Hello Anyone else out there with terrible muscle pain a week after carboplatin?

or treatment. I had one dose of carboplatin 10 days ago, then after a week this terrible pain...

I have had chemo - carboplatin and taxol and have now been on Avastin only for six months. I am...