What other treatments are available?: I've just... - My Ovacome

I've just come for my 5th treatment of carboplatin and I've been told that my CA125 had leveled out and that I need a CT scan to see what's going on. When I asked what this meant I was told it might mean I've reached the maximum benefit of the carboplatin but there were lots of other treatments out there. If feels like a bit of a blow since I was coming towards the end of treatment. 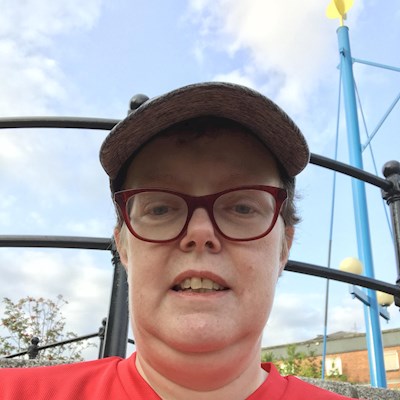 ScardyCat40
To view profiles and participate in discussions please or .
Read more about...
6 Replies
•

I am on first lot of carboplatin/taxol and my CA125 has stopped going down and stuck around 100.

Sorry to read this; but it might go down again. What are your levels?

When I refused Taxol at my first (and hopefully only) chemo, my oncologist said it gave them another option to try if I needed further treatment, so if you have just had carboplatin, they might try the combination. Don't despair -s/he only said 'might'.

Last time I went for chemo my CA125 was 159 so assume it was around that level. They won't have todays CA125 yet

I'm having trouble sleeping and I'm feeling a bit frustrated. Last couple of days I've been feeling particularly tired and nauseous after my last round of chemo. Normally I just accept this but tonight I'm feeling resentful because now I'm not sure that the treatment is working so I'm wondering why I have to put myself through this and I don't particularly feel like having the last cycle either.

All through treatment I've been concerned that my CA125 wasn't falling fast enough and now I wondering if its the type of cancer I have as chemo tends to target fast growing cells and the majority of my cancer found after surgery was low grade and slow growing.

My CT scan appointment isn't going to be until after my next cycle but I can't see the point in making myself ill for no benefit.

I am catching up after a holiday so have only just read this. Have you had your next cycle of chemo? My CA 125 went down steadily during my last lot of chemo but after the final treat ment was only down to around 130 - which I thought was high (starting point was 1300). But the oncologist said that the important thing was that is had come down during the treatment and taken with my scan results she was sure that 'it' was inactive for now. Given that i know that it won't go away I have had a great couple of months and will go on doing so despite the CA125.

When I couldn't have carboplatin because of allergies I went on to straight Taxol - after which I had a good 6 monhs. On reoccurance I had Caelyx which was a better experience than taxol. So believe what the oncologist says - there are a lot more treatments out there - more coming online.

Sorry you are feeling so low - hope things have improved.

I hope you had a good holiday. At the start of chemo (and after surgery and a chest drain) my CA125 was 196 it then dropped to 159 after cycle 2 but then started to rise again to 181 where it has leveled off.

After asking my consultant and discussing it with my MacMillian nurse I decided not to complete the last cycle of carboplatin. Its been an intense time and I'm glad of a bit of a break from treatment so I have a little more energy to do the things I enjoy.

I'm having a CT Scan on the 17 November and seeing the consultant the following week to discuss the results and the next steps.

I've been to an ovarian cancer awareness day today and I was surprised at the different approaches to treatment across the UK. One woman I spoke to has never had any blood tests or CT scans during chemo. She's just been told to let them know if she starts to fell unwell again???

What do you do about other patients' partners who come to treatments full of bugs?

irritates me. I was 30 mins into my third dose of carboplatin when the woman opposite's other half...

What else is available?

Carbo/Caelyx, Rubrac a and now Anastrazole. I have a scan coming up, but lately can feel the cancer...

Whats your view on having Carboplatin and Paclitaxel as a treatment as oppose to just Carboplatin?

with Stage 3 Ovarian Cancer and had 6 treatments of Carboplatin and Paclitaxel. I was given the...

Weekly Taxol not working anymore, what other options?

will finish the 5th cycle and probably the 6th, but wondering what options you were proposed for...

What is next after chemotherapy treatment

my sixth chemotherapy infusion next week of Carboplatin and Taxol. When I spoke with my nurse she...