Hernia after Debulking: Ive just found a lump... - My Ovacome

Ive just found a lump above my belly button, Im hoping its a hernia and nothing else. Obviously cant get a GP doctors appointment, waiting to speak to CNS. 9 months since surgery

I know a lot of you on here have had hernias, have you all had repairs and if so were they mesh. Is it safe to have a repair done could it cause progression .

I decided to step back from the forum a few weeks ago, but need your input now ! 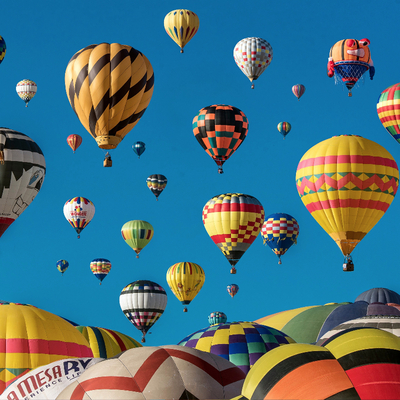 rosebine
To view profiles and participate in discussions please or .
Read more about...
11 Replies
•

I found a lump last nov a year after debulking surgery having had hernia at the start which is when my cancer was found. My CA125 has also gone up . I have had a scan and my lump is alledgedly fluid and no sign of cancers return since then my CA125 has more than doubled in 4 weeks my nurse is off sick for the last 6 weeks have phone app with oncologist on fridayPhone the oncologist sec and see what she can arrange mine was really helpful

Hi Rosebine,I had a parastomal hernia diagnosed 6 months after my debulking surgery. I was set to have stoma reversed and hernia treated just at the time of first lockdown but of course it never happened. I was v lucky to have the surgery in September 2020 just before Kent variant really took off. My colo rectal surgeon managed not to use mesh, he had assisted at my debulking. It was uncertain whether he would need to use it so I consented to its possible use. Have had no problems with the hernia since

Hi! My oncologist told me that I had a hernia along my incision line (from July 2020) which he picked up when I had my checkup CT Scan in October 21. It doesn't cause me any problems - though I did think my abdomen was more like a relief map of the Himalayas than it used to be! - and no treatment is necessary. It is definitely worth chasing it up with your Oncologist just to put your mind at rest. Good luck!

I also have a hernia, but it does not give me any problems so have left it well alone. I am aware that the use of mesh can cause problems if further surgery is required and feel that I am happy to live with a rather lumpy tummy!

Just typed a reply and lost it !I have just spoken to CNS and she said that my last two CT scans had shown a hernia, which had got bigger ! Well it would have been helpful to have been told wouldnt it ? I did move a heavy armchair yesterday so that might have made it worse so that it was noticeable.

Got a phone appointment Wednesday with Oncologist so she said she will probably refer me to the relevant department to investigate. Phew

Hi. I had an eventration or incisional hernia that was alongside my navel. Surgeon sewed it down with tiny stitches it has stayed flat and that was years ago. 6 months after wear an abdominal brace and I still wear support panties. Good luck from paris

Spoken to Onc. Says nothing needs doing unless I get pain etc.On the bright side, my last CT results show Im still clear, Op. 10 months ago last chemo 7 months ago. Not cheering too much as last time progression after 7 months, but little hooray !

Dear Rosebine, l have a lump almost same place as you on the right hand side of my stomach. Doesn't really give me any problem but only appeared last year never had a belly before.First they told me l had a blocked bowel then they said it was a hernia. I do have trouble with my bowels can't go unless l have a lot of laxatives which l take every day and hate to be honest but needs must. But doctor did say they'd be very reluctant to do any more surgery on me with the amount of scar tissue l had in that area

And unless l had a lot of pain, which they then would consider it an emergency wouldn't touch it. So l have too put up with my fat belly unfortunately. But thank goodness it doesnt hurt. Im a monkey for carrying heavy bags so will have too watch it. But it does seem quite common on here for hernias. Please take care Rosebine love & hugs SheilaFxxx

Thanks fpr replies. Having read up a bit on hernias most thoughts seem to be to repair because they only get worse! I will find it difficult to manage it by not lifting etc as I live alone and have to do a bit of heavy moving and shifting from time to time !

Hi Rosebine,I finished my last of 6 Carbo/Taxol treatments in October 2021 my Onc/Gyno had a CT scan done which was clear but showed incisional hernias I was having no symptoms 4 months later it has gotten a lot larger also have to take laxatives have had 2 opinions scared but am scheduling next month went with the second opinion he opted to try laparoscopically first the other wanted to open me up I guess they keep on getting larger then the surgery will be more complex. So wish I didn’t have to deal with this ugh!

Im actually a bit gobsmacked that I actually noticed a lump as I carry a lot of fat on my stomach anyway !

When I had chemo before the debulking surgery I felt positive and strong. Now a month after...

after their surgery? I am worried as I have my chemo first one after my surgery, (I have had 4...

Hernia prevention after an abdominal hysterectomy

please. I have ready many posts where women comment that they have had a hernia after having had...

Has anyone had a hernia repaired while having chemo or just after last chemo? I have a very large...

long run? Her oncologist had said she had a better then optimal debulking surgery.