I've been waiting for the right moment to tell my daughter that the GP is coming on Monday to see her to discuss her OCD and to see if the GP can advise us where to get help etc and to see if she needs a psychiatric evaluation.

Well I guess I didn't pick the right moment. She has just gone ballistic and said she wont speak to her if she comes.

I was afraid this would happen, if she tells the GP that she doesnt want them to visit, I'm afraid they wont come out to see her again. As an adult she can refuse their visits and there's nothing I can do.

This really depresses me. I only want what best and yet again I feel I'm getting no where. Any advice ? 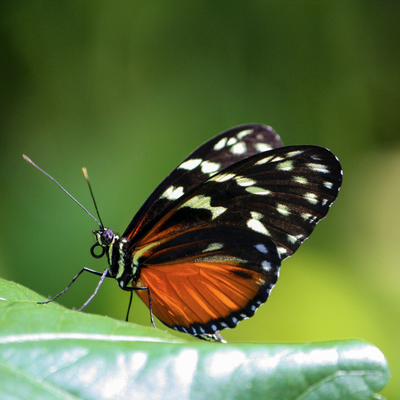 Blue42
To view profiles and participate in discussions please or .

Although she is in a position to refuse to have anything to do with them, you can have them come on your behalf. She isn't the only one suffering and your health matters too.

There really isn't a right moment to pick to tell her, so don't think you got it wrong. She is going to go ballistic anyway. Just say that if she won't co-operate, then you also need help.

There is a possibility that she will co-operate when they actually arrive. Patients are often stubborn about getting treatment, particularly for mental problems, but then give in to being treated.

Even if she doesn't, you can still say that you need help. At the moment, your daughter's OCD is running things. And it's at your expense as well as hers. Let her know that you will continue to support her however you can, but you can't put up with the current situation any longer. And if she won't co-operate with the GP, then ask the GP to treat you instead.

It's a horrible situation, I know, but you do need to think of yourself as well. x x x

Events today have really took the biscuit..I ended up telling her if she dislikes it so much living in this s**t pit then why doesn't she just leave. She told me she's looking into it what ever that means. I also told her things need to change...her reply.....You need to change ! So I bit the bullet and told her if nothing has changed by the end of the July then I'm moving out. Yes it is my house but I feel nothing will change if I don't do anything. I've waited for 6 months gir things to change and things have changed....but have just got worse. 3 times in the last 2 months I've nearly just got up and walked out. I'm not sure how much more I can take.

I don't think that it is you that should move out of your own house and home. Apart from all the hassle of getting somewhere else and moving your things, it's your home and you deserve to live there.

She has no business putting all the onus on you. I know it's difficult and I know how horrible an illness it is, but she is refusing to be helped.

Telling her you might leave could jolt her into making an effort to accept help. But it also puts you in an awkward position. She should be the one to leave if she won't accept help.

Meanwhile there's the GP tomorrow. Do please let us know how it goes. And then maybe decide on a course of action.

I should add that you should reassure her that you will always be there for her, and always support her. I'm sure that you don't want to be estranged from her or on bad terms with her.

Just make sure she knows that it isn't your fault she's the way she is, and that she must accept help and understand that you can't go on as you have been.

I've tried telling her I will always be there for her but she's told me once she moved she wont have anything to do with anyone especially me. I have always tried to reason with her but today I just said...fair enough. Your an adult. That's your choice. I'm sick to death of her using emotional black mail all the time to get her own way. She wont accept that anything is her fault. According to her, If we had listened to her in the first place non of this would have happened.

I'm all the while made to feel less than I am. I left my ex because I was flogging a dead horse and I feel right back there again.x

I certainly tried the patience of other people with my OCD, including my mother, and OCD does cause family ructions. But at least I co-operated with those trying to help me. And I certainly didn't make use of emotional blackmail.

If she moves out and refuses to have anything to do with you or anyone else she's going to be lonely and unsupported. And that would be entirely down to her. She might just discover on what side her bread's buttered.

Although OCD is irrational and unreasonable, OCD patients can still hold on to their rationality and reason. This is what your daughter needs to do. She also needs to take responsibility. If she flounces out it will be down to her.

Perhaps talk to the GP on your own account, explain that you can't go on as you are, and that if your daughter refuses help then you will have to consider your own health and options. x x x

Thank you for your support.

Today I told her if nothing changes by the end of July I'm leaving. I may go before if things get worse.

She has told me she will be dead, In a psychiatric ward or gone never to be seen again by the end of next month. I didn't rise to it I just said well your an adult and Its your choice

It may well be that a psychiatric ward is the best place for her at the moment. They can keep her safe, whatever she says, and she may be forced to take the medication she is refusing which could actually improve he state of mind.

It sounds as though your relationship with her has become so toxic, in spite of your efforts, that it is better if you and she can have a break from one another. It must be so dispiriting to have your support thrown back in your face. But she sounds as though she is in no mood to co-operate with anybody.

Is she planning to move in with her boyfriend? If she does, then he will realize just how extreme her OCD is.

I hope that she comes to realize just how supportive you have been, and start to take some responsibility for herself. She may well do, if she is forced onto her own resources. At the moment she has a punch ball, in the shape of you, to take out her frustrations on, and she is making the most of it.

Yes you are so right about it being toxic. Thoes are her exact words. She wouldn't speak with the GP. And is absolutely vile towards me. I know it sounds awful but I need her to leave. I don't think she will cope no matter where she goes xx

That is a pity that she refused to speak to the GP. It sounds as though it would be best if she did leave.

One option is to make her homeless by insisting she leave by a given date. Get in touch with the council and tell them. They should be legally obliged to give her somewhere suitable to live, as she is a vulnerable adult, so you would not be just abandoning her.

If she is completely unable to cope then she will be forced to get help. And she may come to appreciate just how supportive you have been.

I have given her until the end of July to change or leave. I am going to see what her counsellor has to say tomorrow. If they do her phsycriact evaluation then I hope they do something positive

Make sure you stick to your decision. I hope the counsellor is helpful. Do let us know how it goes. x x x

worse it got to the point where I could not go to my sisters house because she has 3 little girls...

OCD and loss of too much weight, very anxious and depressed

might have had a little OCD in me, but not stupid thoughts like this.... Can OCD be triggered by...

some sort of life where I can make my own decisions. She's terrified of contamination. She has now...

Her world has come crashing down and what am I supposed to do now?

ran out of food and see if she changes her mind ? She has done before. I feel like I'm back to...

Hi! I am new here, any help greatly appriecited

people I wont speak to again (from holidays etc) and knowing I wont ever know their names and see...