Rant: Sorry about this but I need to get this out... - NRAS

Sorry about this but I need to get this out somewhere where people will understand.

Good news is That I finally find myself after two years in a position where I am managing my RA really well. I'm not able to work yet but I am living a mostly pain free life as long as I keep the incredibly delicate balancing act up. The bad news is that my house mate is a complete nutter. That's two in a row for me. Another overly demanding woman who feel I should be spending all my time with her and not managing my illness like I am. The other day she lost her temper over something i9ncredibly tiny that her boyfriend said to her brother she then dragged everyone in the house into it I left, I don't like stress cos it literally hurts, I flare up when stressed so if it's not important enough to deal with I walk away, of course she feels that every tiny thing is that i9mportant and started screaming and shouting at me, I lost my temper for the first time here I have been here nearly three months and that was the first time I lost my temper at her. The next day she comes at me again I told her she was a controll freak and she told me to ,move out. So now I'm flared up stressed and looking for a new house while at the same time the social welfare are still asking for proof of address ( that I have sent them three times already) So if I move now it's going to be one massive head ache with those guys. life is hard enough with this illness without having to deal with nutters. I really don't understand how she can be so upset over such tiny tiny things and then to keep it all in her head untill months later and I'm sitting her going "OMG that is a problem for you?" WTF I am a very reasonable person I know this I have overreacted occasionally, we all do, but then I apologise and get on with my life I don't carry it with me so I can attack someone with it later. AAAAAARG!!!! save me jebus! 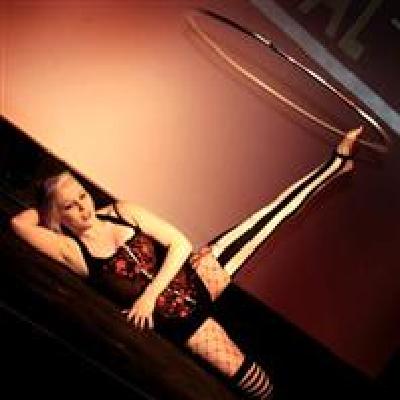 su2po
To view profiles and participate in discussions please or .
11 Replies
•

Oh dear Su - I really relate to this. Someone blew up at me recently (not to my face but by email) and it really floored me totally. I literally felt as if I'd been dealt a body blow but didn't have a clue what I'd done that could be so awful that it was worth flooring me for? I think when this sort of stuff happens it's generally because a person is sufficiently unhappy that they forget you're a member of the same human race and they also forget that they aren't the centre of the whole universe? We all get wrapped up in our own problems - often they go back many years or decades even. But that doesn't mean we are entitled to gun for another person ever. And that's what it sounds like has happened to you. Is there anyway you can explain to the nutter that this will impact on you in many very serious ways? Probably not - but it's always worth trying to appeal to someone's better nature if it can be found? If not I wish you much luck in trying to find a nice, sympathetic and rational house mate next time round. They must exist?! Tilda x

When I moved in first she was really upset with me so I thought hmmm it might be that I spend alot of time on my own too tired to socialise so I made a special effort to explain my illness to her I then had to re explain several other times still with a smile on my face. You're right it's not possible to communicate rationallly with her, if it was she wouldn't get that upset in the first place. I really hope the next house is my last move since I have been diagnosed ia have lived in four houses and each time I had to move out because either they partied too much and I couldn't sleep and got flared up or they had a go at me because I spend too much time on my own and they took it personally and I got flared up. it can't be too much to ask to live a peaceful life, I choose to believe that there are peaceful rational adults out there to live with. I will find them and I will get better, slowly does it. thanks for reading my rant Tilda

I hope you find some good housemates soon and sympathetic ones at that. It's a pity that you could not share with someone who has RA and you could both help each other.

Take care, and we don't mind the ranting.

Thanks, I'm sure i will find the right housemates. I think it comes down to maturity and an ability to empathise. I feel better about it already.

Go for it ,how selfish..... You seem such a great friend, if she doesn't understand and willing to chuck you out, she is no friend, That's all you need.

I am pretty awesome lol thanks for the pep talk

you guys are great.

Is it the bad weather brought the nutters out, or are us RAers feeling more fragile because of it?? I know wet & cold affects me. So I'm busy at work trying to train someone, prepping for a 3 day course and one of my colleagues decides to come down and demands that I get back upstairs as she has been covering my calls as well as hers (why?) and she has other things to do (what?). And was yelling at me!! Er no you are not my manager go away. So door slamming later stomping off and now she is not talking to me and giving me evil looks!! Must be something in the air. Got to keep going though havnt we? So be strong su2po.

su2po in reply to dtech

I think the changes you have to make to your life when you have RA makes a big difference. Boundries have to be drawn because we don't have the same energy as other people this can be taken wrong by the insecure, that's my theory anyway. I was so angry because I looked back and can say for certain I did everything I could. Ah some people eh, but you're right winter is not a great time for alot of people.

I really hope that you find some nice mature house mates. It really does sound like she is behaving like a 4 year old. There must be some mature minded people out there who would love to have a thoughtful, considerate, peaceful person like you to share their house xx

If she throws you out then you can go to the council as your homeless and they are obliged to find you somewhere to live. It is no fun when people don't understand this illness isn't it. Sending hugs your way. Sylvi.xx

one, second time a week later I saw him for a scan, he said there was no talking no time and told me

A question (and a rant) from a newbie

more, than when I was first diagnosed. I don't understand why as I thought that the pain was caused
•
33 Replies

mobile! She doesn't ever speak to me and I was hoping I at least got some understanding from her!...

anxiety to we been in our house since 2014 when we moved in people in the house across used to come...