weird bruise on eyelid: hi, i was wondering if... - NRAS

hi, i was wondering if spontantious bruising is a symptom of ra.

i woke up this morning and my eye felt 'gritty' and when i looked in the mirror i have a small bruise on my bottom eyelid. my eyelid if a bit puffy but the bruise isn't swollen, something simalar happened a few months ago when a small bruise appeared on my hand right before my eyes, i didn't knock that either, my hand just started throbbing and a bruise appeared.

i haven't knocked my eye either because where the bruise is i would have felt it being knocked.

thank you for reading. 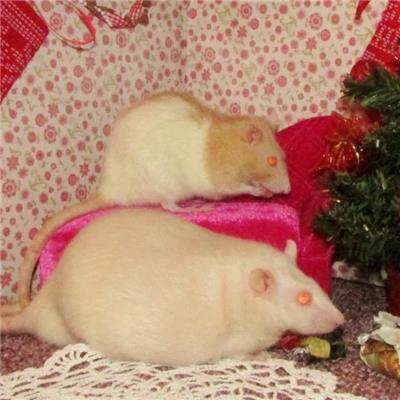 rattusrattus
To view profiles and participate in discussions please or .
12 Replies
•

No, I haven't had that one but had to reply because of your screen name! Mine is helix helix, so a little slower and slimy rather than furry! Made me laugh, thanks!

lol. yeah i love my small furrys. i think animals can give us lots of strength when we are poorly and in pain. mine keep me going and force me too get out of bed - they're at the cage door first thing in a morning demanding their cuddles.

your frog is cute, i had a couple of toads living in my pond a few a few years ago but they dissapeared.

i tried to change my profile picture into one of my furrys but i'm just using a mobile phone so some of the website's features don't work properly, one good thing about using a phone though is it doesn't cause so much pain in my shoulders and wrists to type!

Hi, I do get random bruising (including one inside my upper lip a fortnight ago that puffed up and made me look like I'd changed my mind in the middle of collagen treatment!), but I'm a clumsy person, so I've put it down to that!

You might want to get your bloods checked, if you haven't already, though; anaemia can be commonly associated with inflammatory conditions, and that can definitely cause an increase in spontaneous bruising to minor events.

thank you Sara, where the bruise is, i would have known if i'd knocked myself because i'd have nearly poked my eye doing it!

anemia is one thing which i've been stuggling with for years, the anemia seemed to start when i knocked my leg - it wasn't a huge injury but 8 years later it still aches and throbs but that's a pain which is inside my leg - it isn't on a joint. i didn't bleed but my blood count went right down to 4!

my last heamaglobin count was about four months ago and it came back normal, last august the doctor thought that my joint pain and fatigue were because the anemia had maybe returned but decided to take an esr test because i had two huge patches of psoriasis on my feet which were driving me mad and making hard to walk. the esr test came back at 30 so i was referered to see a rheumatologist urgently ( my appointment is this friday so i've had a long wait)

i'm not taking asprin or ibroprophen either because i think that i'm allergic to it.

i don't know if the bruise is conected to the tramadol but i can hardly move without some pain relief.

i'd normally think nothing of a small bruise but i've become so ill lately that i've become frightened of what's around the corner. it's turned me into a nervous wreck!

I think we all get like that, especially when we've got so much going on.

I can't find anything in the BNF at work stating bruising as a side-effect of tramadol, although there is a vague allusion to 'blood disorders', of which bruising would be a symptom, so it's always possible. Probably the best thing to do is chat to your GP about it, especially if it is recurrent, but definitely not a wise idea to discontinue the tramadol - as you say, you need pain relief!

thank you for checking for me SootyB

i'll definatly ask the rheumy this friday if it's conected. it hasn't gotten any worse and i haven't developed any more so i hope it's something which doesn't keep happening

I think Sooty is right and you should ask your GP as he or she could take a blood test there and then and you would get the results back in time to show your rheumy? This way it would be easier for them to make a diagnosis and to see if you're anaemic again. I got very bad bruising when I was pregnant for the first time and it was because I was covered in eczema and was scratching in the night without even realising I was doing it! TTx

my rheumatoligist appointment is only in two days and it'll be a total waste of time trying to get an appointment with my gp (or rather the nurse) before then to be tested for anemia.

i always try to see the same doctor but she isn't always in as she's only part time so the last two doctors i saw, i had no choice but to go to them.

i know my arm - it was painful, swollen and tight, the swelling has gone down now but i still have the joint pains in that shoulder, elbow, wrist and the little finger and middle finger hurt a bit too.

the second doctor said pretty much the same thing, i can't help until you've seen the rheumatoligst. i had to make an emergency appointment to get a replacement sicknote because the dwp lost my last one and were threatning to stop my money - i wouldn't even have been able to get to my rheumatoligst appointment if they stopped my money but he just sat their and shrugged. not his problem.

i was in an absoloute state but thankfully the receptionists phoned up the job centre on my behalf and it was sorted out.

the stress made me ill, they've made me feel like a hypocondriac or a liar.

it already took me six months to pluck up the courage to go to them about my joint pains - that was when i only had problems moving my left arm, lifting my left leg and pain in my heels, i was dreading going down to be told the pain and problems moving was because i'd put weight on - i'd put weight on because i was having pains in my left hip and heels and couldnt walk far.

a few months earlier i'd tried explaining to (yet another) doctor that i didn't feel well - i couldnt think straight and kept cutting off mid sentance or repeating the same word but she said it was because i wasn't using my brain and that it was becoming like an unused muscle and wasting away and that's why i had my 'mugginess' i felt so humiliated.

i don't like doctors - i won't ever trust them again.

my usual doctor knows how anti drug i am and that taking tramadol is a big deal for me. i don't want to be addicted to painkillers but the pain is too much. the tramadol just takes the edge off the joint pain, it doen't take it away and it doesnt even touch the awful pain on the tops of my thighs - that pain feels like there's an electric whisk made out of razor blades chewing into my muscles - it's horrible!

Do you take steroids,if so that might be the reason for your eyes being like they are. I have dark puffy eyes most of the time. Hope you get some answers. sylvi.xx

hi Sylvi, i take an inhaled steroid for asthma, (budesonide) but not oral steroids.

the bruise has gone now, but i know what you mean about dark eyes - i look like i've got two black eyes most of the time!

Did you get any joy with the rheumy? Xx

apparantly, i've got all the symptoms of psoriatic arthritis but no visible inflamamation.

if it's not that, then it probably fibromyalgia, but i'm thinking that it's probably both.

my eyelids don't open immediately when I wake up. The left one is slower to open than the right,...

Does anyone else bruise very easily? I find that I have huge bruises, sometimes for unknown reasons...

I have found 3 bruises ( 2 large) have appeared in the last 3 days without any recollection of any...

recent months I've suddenly started having bruises appear on my fingers & toes. Has anyone else...

get little random bruises appearing, I've been seeing a few on tops of thighs and hands, they come...