Confused : So had my appt with Rheumatologist and even... - NRAS 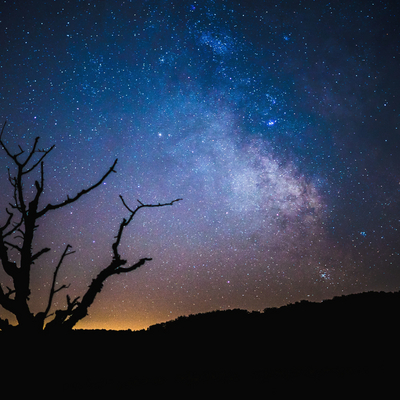 Hurting2012
To view profiles and participate in discussions please or .
Read more about...
15 Replies
•

Hi there, this is very new to me, so others might be able to offer more advice. Perhaps contact them again to explain why they think it’s not RA or ask what else it could be. My RF and ANA were positive, anti CCP was greater than 600 and my inflammatory markers weren’t inflated, but I did have the diagnostic criteria of having at least six areas of pain/ache - the EULAR score is out of ten - which is why I’m now on medication. Hope you get some more answers soon, but keep asking questions.

Hi Hurting2012. That doesn't seem right to me. If you are in pain and your RA factor is positive, then even if inflammation isn't obvious how can he just dismiss it? When I was first diagnosed, my inflammation wasn't obvious immediately but because I had been prescribed anti-inflammatories by my GP which seemed to reduce the pain short term but didn't resolve it, I was referred to rheumatology. There is also a family history of RA for me. My bloods didn't show inflammation either at first. It pretty soon did become apparent though. Did he offer any other explanation?

my aunt had rheumatoid arthritis as well. i do take motrin 800 3 times a day and it does take a little edge off however he said no inflammation and no swelling.

Did he give you an explanation for the pain you experience or does he think it's all in your head? If it's not RA then what is it? I hope they haven't just dismissed you.

Well I have both RA and Osteoarthritis. I was diagnosed with Osteoarthritis in my shoulders in 1997 followed by RA a couple of years later. What I can't understand in your case is that you have the Ra factor but he still says you don't have RA! Think I would get a second opinion. Hope all goes well for you.

Bloods don't always tell the full story but in your case I think it's a blooming good indicator.

I think so as well

Keep asking or see another doctor if you can. I has a similar experience and although I knew the pain wasn't right & wouldn't go away, my doctor was convinced it was 'all in my head'. I eventually got a female doctor who persevered with tests, I had ultrascans & eventually got diagonsed with RA (hereditary too as my mum has it). Best of luck & hope you can get treatment soon.

Hey there, did they do any scans? MRI or ultrasound? As others have said your inflammatory markers can be (and often are) negative. Particularly in early disease. Scans should be part of the work up however. Did they do any?Best,

Hurting2012 in reply to lilyak

they did xra;ys of my hands and feet. by the way by googling my 3 little toes on right foot are claw toes and both feet my big toe curves inward so much so that my toe next to it overlaps. i also have the pain and stiffness in both sides of my body

lilyak in reply to Hurting2012

X-rays can very often show nothing, especially in early disease. An ultrasound or MRI can show inflammation, which would point to inflammatory arthritis. I would ask for an ultrasound, or see a different doctor. From the workup you've had so far, its impossible to say if its RA or not. I hope you can find a doctor who will do an ultrasound to look for inflammation.

Very interesting, Hurting, and I've heard of this sort of reaction from others - but the pain may not be caused by RA. A positive test for RF and ANA and anti CCP do not always indicate RA - many people have these positive tests without RA.

Your symptoms must be telling you something so keep yourself informed. Whatever it is you need an answer.

I had my RA partially diagnosed by an Isotope bone scan of my entire body many years ago. 1995. Not sure if they do those now but the scan showed the hot spots of inflammation which corresponded to my pain. My bloods also were delayed in showing inflammation for 9 months.

may have inflammation of the sacroiliac joint He went quiet and says he will get MRI done to see....

I’ve just had a conversation with my medical center. I was told that my score according to versus...

the first i had heard tho for 7 weeks. One of questions is have you had a letter or txt to say you...