Morning all...looking for a solution.... Has anyone with psoriatic arthritis changed from an anti TNF to an il17 or il 24?..... Pain seems to be coming back with a vengeance and think it's time to change drug again😔 My pain is very much across the board...deep tendon pain with subtle swelling,again pretty much everywhere. Looking for a kindred spirit who has found a drug that works for them.....🌅 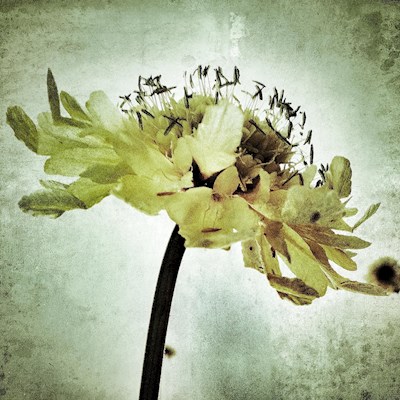 Yogi-bear123
To view profiles and participate in discussions please or .
Read more about...
20 Replies
•

Hiya. I have PsA. I'm suffering too atm. Unfortunately haven't tried the drugs you mention yet. I've tried sulfasalazine, leflunomide and I'm currently on methotrexate. None of them have helped much, though the methotrexate is helping somewhat.

I was going to ring rheumatologist today to see what to do.

I wish you well and will watch this post.

Until kindred spirits 👻👻 come by, Yogi-bear123 (🧘‍♀️-🐻 1️⃣2️⃣3️⃣ ), Nicole, Jennifer, & Andy’s Psoriatic Arthritis experience ( healthunlocked.com/cure-art... ) might be of use in meantime? 🤔 Don’t recall the specific meds they used, but there may be some overlap with the meds (Interleukin IL-17/ IL-24) you’re interested in? 🤔 Wishing you the very best, 🧘‍♀️-🐻 1️⃣2️⃣3️⃣ .

Benapali works for me biologic treatment tried multitude of other treatments. Hope you find something to work long term.

Yogi-bear123 in reply to norwegianjock

Thanks, same question that I asked James really.. how long did it take for the benepali to kick in and do you have to take any other drugs with it?

norwegianjock in reply to Yogi-bear123

Hi yogi it took around 6 weeks they say around 12 weeks you are supposed to take with Methotrexate but it has damaged my liver so they said no more of it. So is working well without it. Was on methotrexate for around12 years my liver levels would get high, they took me of then when levels down low enough I would be stuck back on it again., but that doesn't happen to every one might be ok for other people as like anything everyone is different. Hope you find something it can be a nightmare stopping this and starting another let's know how you get on. 🤔🙂

Hi I’m also a psa suffer.not had what you on I’m currently on methotrexate and sulfasalazine and folic acid plus high blood pressure pills and depo jab still in pain but we live in hope x

Had sulphasalazine then methotrexate. Both had some benefit before side effects overtook benefit.

Now on Benepali- biological. Best Med for me so far. Major improvements.

Thanks, how long did it take for the benepali to work and do you have to top it up with anything..... steroids, painkillers ,anti inflamatories?

Benepali started working within 2/3 weeks. Major improvements within a month. No longer on any other meds. Little need for painkillers other than once in a while.

Hope you get sorted

I have PsA and have tried numerous medications....namely, methotrexate, leflunomide, cimzia, benepali, stelara, cosentyx and now currently on Apremilast with Sulphasalazine.

Unfortunately, there hasn't been any that have been able to control the inflammation for me so far and it's becoming a bit tedious trying different ones however, we are all different and one drug may be fantastic for one person but not the other.

All trial and error unfortunately so sending best wishes for one that suits you and hope that it helps control things.

Yogi-bear123 in reply to Sanbanan

Thanks for that. What's the longest time that you've been on the biologics for?Good luck with the apremilast.

I'm in your same boat.

Yogi-bear123 in reply to lotsoissues

I was on them approx 4 months at a time but if my consultant didn't see big changes then she changed it as I suppose it costs too much to keep you on something that doesn't work.

I was on Cosentyx for nearly 8 months and I thought it was going to be my godsend but unfortunately things deteriorated at about 6 months.

It's too early to know if the Apremilast will work but it is early days and side effects are not great at the moment.

Yogi-bear123 in reply to Sanbanan

Sorry to hear that, hopefully things will improve as your body gets used to it.🌻

I’m pretty new to the treatment rollercoaster, but I’ve been on hydroxychloroquine (still on it), arcoxia, methotrexate with folic acid (6 days a week). Nothing has worked so far (or stayed working for any length of time), I’m now waiting to start Consentyx, fingers and toes crossed it works.

Good luck to you with finding a treatment that works and more importantly remains working for some time.

And to u, will be interested to hear how u get on with the cosentyx as is one of my next possible options, stelara the other...

Much like Sanbanan, I've tried almost everything in the book. The past nine years I've been on various anti-TNF meds, each with varying levels of success. I'd inject on a monthly basis but usually, halfway through week 3, then throughout all of week 4, I'd be in agony.

Four months ago I started on a Biological, Cosentyx (secukinumab) monthly injections. Week 1 and half way through week 2 is OK but then joint and tendon pain, fever and skin flare ups begin by the beginning of week 3.

Has anyone used any other Biologicals for PsA?

Just about to start Cosentyx after the wash out period,reading up u can go on a higher dose if not working on the low dose? Am crossing fingers big time. Benepali showed a partial response as still have had to be on steroids....

is this psoriatic arthritis?

excruciating pain suddenly my left ankle felt much better. By then I knew there was a swelling and...

Anyone out there with Psoriatic Arthritis?

the HLAB27 antbody which is indicative of Psoriatic Arthritis. This usually, but not always...

anyone have PsA without any visible psoriasis? This has been raised as a possible diagnosis for me...

why the change as nothing new has happened apart from more and more joints are getting painful but...

condition (genital lichen sclerosus) I got her to have a look at the psoriasis on my hands and...