Anyone else have a transverse baby at term? Or an elec... - NCT

My wee one was breech and probably had been since 29 weeks, as a growth scan then showed that. A private 4D scan showed she was still breech, so the midwife sent me for a scan at 37 weeks to check if she had turned (since she couldn't tell whether it was a head or a bum under my rib!) and she was still breech!

I ended up going to an External Cephalic Version the next day, at 37+2, which was the most painful experience of my life. I know some people find it is not painful and some people find it worse than childbirth. I was one of the unlucky ones! Plus the drug they administered to relax the womb did not agree with me. It made me shake and feel really weird. They tried to turn her twice, but only managed to turn her slightly and so now she is transverse!

I wondered if anyone has any experience of having a transverse baby at term. I'm now 37+4. The way she is lying is super uncomfortable and I am super paranoid in case I go into labour- as I am told it is very dangerous and that if I notice any signs of labour I need to go in for an emergency section (I am booked for an elective section on the 18th of April, when I will be 39+2), which is a bit scary!

I am nervous about the section-and disappointed it is unlikely that I will have a vaginal birth, unless she decides to move in the next twelve days, which I reckon is unlikely since she has probably been lying across me for two months.

Does anyone have experience of these things? Any tips or advice? 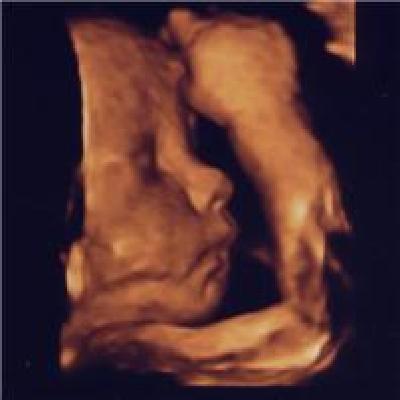 LunaD
To view profiles and participate in discussions please or .
16 Replies
•

I'm going on for 29 weeks and he is breech and transverse, I have all ready decided if by 36 weeks he is still like this then I'm going straight for the c- section sod the procedure you went through it doesn't ave a high success rate. If he turns I'm being induced at 38 due to GD.

Just wanted to wish you luck

Yeah, we thought it would be worth giving it a shot, doing the right thing and all that- after the consultant had talked us into it anyway! -We had initially said we just wanted to have a section, due to feeling it was a bit barbaric and the 50/50 success rate, but she made it sound easier than it ended up being. Thing is everyone doesn't have such a hard time but that was so traumatic that I almost regret giving it a go. The drug the gave made me so shaky all over for about an hour and it was horrible having these two Drs and 3 midwives all in the room in case something bad happened as a writhed around on the bed shouting and groaning.

The worst thing is I just feel so guilty like I may have caused the baby stress, even though the monitoring afterward didn't show any cause for concern. When I got home I was constantly worrying in case she was going to suddenly die. I know that sounds dramatic, but I was so worried if she didn't move for a while. Luckily she seems ok!

I hope your wee one isn't as stubborn as mine and turns for you! Good luck and thank you X

Oh wow! I hope everthing is fine in the next 2wks or so, she could decide to turn at the last minute "hopefully"

But if she dosent im sure both you & the baby will be fine as the midwife and hospital staff has advised you to come in if you feel any signs of labour.

Thanks Abenaa! I hope so. Just nervous about risk of cord prolapse and getting to hospital on time, but trying to just take it easy and not worry. Am such a worry wart!

Thank you for your kind words X

Try getting on all fours and weave ur bun round in a figure 8 movement it worked for my friend and she is small and had a 9lb4oz baby. ..hope all is well sounds awful weekday they did bless u xx

Thank you! I have information about this, The Alexander Technique, but it says on the leaflet that it can work up to 36 weeks.....do you know how far along your friend was when she managed to turn the baby? I am nervous in case I do any harm further along than good!

No I'm have ask her. .. But she did have a big baby for her size. . So u may get away with it, double check with ur midwife but baby is half way there is quite gentle think being on all four's gives ur baby more room, I'll let u know tmw but it was 13 years ago so she may not remember x

Hi friend said it was before 37 weeks x

What they not weekend! !

Take a look at a website called spinning babies - lots of techniques that can be done at home to encourage baby to turn whether breech, transverse or back to back. Several friends tried these with success even up to 42 weeks. Just wish I'd known about it before my first who was breech!

LunaD in reply to Tabby101

Thanks Tabby, I had looked at this site before about mapping your baby's position and didn't know they had this information as well, I shall have a look

I can only comment on the C-section - as I had one with my first. I knew from about 36 weeks that I was going to have to have one, due to the way I was carrying my daughter. Apparently even inducing would not have resulted in a natural birth, and although I had gone through my whole pregnancy assuming and wanting a natural birth, I was extremely grateful to the hospital for preventing me and my baby going through a distressing experience - only to end up in the theatre anyway. The actual procedure is absolutely fine. It all feels a bit strange, but there is no pain whatsoever. I think being prepared for a few things will help. For example, you can't move your legs afterwards (which just feels odd!), there are lots of people in the theatre and I am afraid you will definitely get the shakes again (but just let them happen and relax- they soon wear off). The care afterwards was great and I found the recovery much quicker than they say. If you have stairs in your home, however, I would recommend having one set of changing things upstairs and downstairs. Just minimise the number of times you go up and down in the first couple of weeks. In my heart of hearts, I would not have chosen a c section, but I remind myself that it was the best option for me and my daughter and just remember that you are in safe hands! Good luck

LunaD in reply to Collie2905

Thank you for your reply! That is really reassuring. I wanted a home birth originally and then changed my mind and wanted to go to the birthing centre in Edinburgh, so I am the same- this is miles away from my original plans! However, I have it in my head now that we are getting a section, so I am almost hoping that she doesn't turn now. Ten days! I can't wait

I've had 1 natural birth, 2 elective sections and having another in the summer.

My sections have both been problem and trauma free. Hubby was present at both and I felt so cared for and calm it was brilliant.

I've had all my sections due to being unable to give birth naturally without severe consequences and have to say I would tell anyone how good it was. As long as you're prepared for the not being able to feel your bottom half for a few hours and being attached to a drip then you're fine. I was home within 48 hours both times and recovery was much quicker than expected.

Good luck and enjoy it x

Thank you for your reply! Yes I hope that everything goes as well as it has for you, that's really reassuring

Fingers crossed for such a fast recovery time too, even though I am a nurse the thought of staying in hospital freaks me out a bit!

I have had a elective C-section with my second and my advice is not to worry. The experience was much nicer than with my first which I had after 48h of labour with an emergency section. I did not feel any pain and was very comfortable afterwards. The recovery was quick and I did not even need the painkillers when I got home less than 36h after the section. An elective section is very calm and you are not as tired, in pain and generally feeling battered as you do after natural labour. I felt much more prepared for the demands of looking after a baby after the elective since I was not as exhausted and ...well... kind of traumatised as I was first time round. I know that sections are kind of demonised by the NHS and the NCT but they can be ever so calming. You know when the baby will come, you can arrange your support network and you are simply less exhausted. Oh, and you can have the baby delivered onto your chest.

Natural breech or elective c section? Any one any tips on how to help baby turn?

emergency section anyway if labour doesn't go smoothly. What do you think? Also any tips on...

Natural birth or elective section due to complications?! Help!

birth, wether I want to have an elective section or natural. I have had one previous child and the...

it has been agreed that my elective c-section can go ahead, which I’m super happy about! So it’ll...

again would just like to here some stories on elective c section I'm booked in for the 5th feb and...

Opting for an elective C-Section

doing a bit of Googling the thought of having a vaginal birth absolutely terrifies me - the story...