Subchondrionic hematoma: I am 10 wks pregnant. I was... - NCT

I am 10 wks pregnant. I was bleeding continously for 5 days from red to brown discharge, but never exceeding the volume of a pantyliner a day. Had a scan today and the doctor suggested that it could be subchorionic hematoma. Will do a scan next wk again to see any changes. On top of the fact that I have sub septate uterus, this hematoma might have a chance of miscarriage too once its fully discharged according to e doctor. Is there anyone who has gone through this or even has a uterus anomaly? If anyone did, could you brief through your experience?

Am trying to educate myself with this kind of problems. Thanks 😊

FYI, the baby is growing well with active heartbeat as of today's scan. 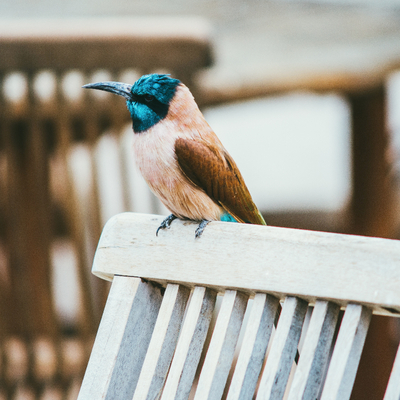 Fizzzz
To view profiles and participate in discussions please or .
Read more about...
9 Replies
•

I had subchorionic hematomas in my last 2 pregnancies. With the first pregnancy, I had a big bleed around 5 weeks. I had a scan at 7 weeks and baby was doing well. I then went on to miscarry shortly after that. However, the doctor had no idea if that was connected to the hematoma or not. Second pregnancy I had a slightly smaller bleed around 7 weeks, had a scan and baby was fine. I had some spotting throughout the first few months and then another bleed around 18 weeks. 20 week scan showed the hematoma was still there but it was small. I had another scan at 28 weeks and by then the hematoma had been reabsorbed and couldn’t be seen on the scan. My daughter was born healthy at 38 weeks. I’m now pregnant again (9 weeks) had to have an early scan at 7 weeks due to spotting. They could see a hematoma again on the scan so I know I might have bleeding at some point. I have been told not to worry about it though, as they usually harmless. Did your doctor explain why they think you have a chance of miscarriage? I think getting to 10 weeks is very reassuring x

Fizzzz in reply to Kate120

Thats good to hear about your 2nd pregnancy! She didn't really explain why it may lead to miscarriage though. It didn't even cross my mind to ask her why! On the other hand, she's not entirely sure herself, hence the need to scan again next wk. If I remembered correctly, the size of it was half e size of my fetus or slightly smaller. I think. The doctor seemed to be occupied with scanning than really explaining. I let her off cos she admitted beforehand that she lacked of experience when it comes to scanning uterine anomaly. Fyi, it is a bit confusing whether the hematoma was in the other horn or in e same horn as my baby as it is outside the sac, if you get what I mean at all 😅.

In overall, I read about uterine anomaly that I have up to 40% chance of miscarriage in some studies. Im pretty sure there are successful pregnancy too despite of that. Oh wells, I really do want to hear positive outcomes! Thanks for sharing by the way!

I had a SCH (you could see it on scans and was as big as the sac) and bled for the first 10 weeks, sometimes A LOT with clots. I was told there was an increased chance of miscarriage too (explanation I was given as it was formed between the sac and where placenta was attaching to lining of the womb so it can cause the placenta to detach) but our little guy hung in there and SCH resolved on its own and had perfectly healthy baby boy last year. There are so many positive stories I have came across with SCH as well. Hopi g it resolves soon for you 🤗 xx

Fizzzz in reply to Twiglet2

Oh my god! That is very reassuring! Thanks a mil!

I had a SCH at 17 weeks and it was 10x6cm so pretty big.I bled for 4 weeks and had a scan every week until it had stopped.

Your doing well to get to 10 weeks. Unfortunately I have miscarried 3 times all at 7 weeks from a SCH. I did have cramps with all mine though.

Last FET in the next few weeks for my last try 😬🙏

Good luck I hope it reabsorbs for you x

Hi I also had a SCH at 14 weeks, huge bleed but no pain. Then continued to bleed for about 8 weeks after. Doctors said the same thing but eventually it cleared on the scans. Currently 33 weeks and bump is doing ok. I read so much about SCH it was such a worry but no one can really say what will happen. Keep positive !! xx

Hi I had hematoma at 7 weeks and was bleeding. The best way to stop bleeding is drink lemon water maybe 2 glasses every day...it could help you must rest don't walk too much don't lift heavy things.and drink a lot water.

With lemon water I mean squeeze half lemon and mix it with water.

on Sunday to which I got told I had a subchorionic hematoma (blood clot). Just wondering if anyone...

Today I had the harmony test. I asked the senographer to check my placenta as I had already two...

Please please help if you can I’m desperate 💔

it’s stopped today and now I’m in full panic mode💔 I am not strong enough to go through this...

probably due to the internal scan. Also been getting some brown discharge which today (9th Jan) has...

of growth for the uterus, so hoping that is what I can feel. I have had 2 miscarriages this year,...

One month old hard to put to sleep in day