Just looking for some advice please. We have had results of our anomaly scan and the sonographer said everything was fine after the scan. 10 minutes later we met with the consultant due to me being high dependency for my thyroid, she then told us that baby has a bigger abdominal circumference so that his tummy is measuring big. Due to this I have to go for a gestational diabetes test. I don’t fall under any category for gestational diabetes it is just his tummy size that I’m having to go for the test. Naturally it has panicked me with it being our first baby. Does this mean ill have a big baby ? If I don’t have gestational diabetes what else could this mean and I’ve had my blood sugar checked with the finger prick and it was normal . I’ve previously been told he can be a low birth weight with me having low PAPPA so it’s all so confusing. 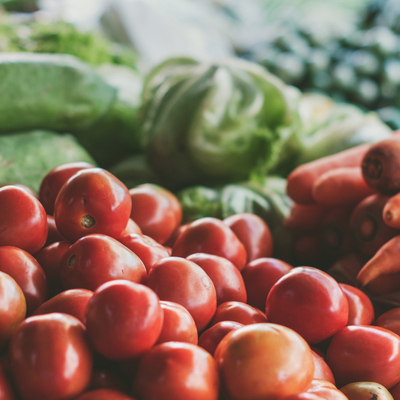 Hollpenguin10
To view profiles and participate in discussions please or .
Read more about...
17 Replies
•

I think they are very cautious about gestational diabetes so they test a lot of women. I had to have the test because someone in my family has diabetes, I didn’t have any other risk factors. I’m not sure exactly what it means if your baby’s abdomen is big but they probably just want to be on the safe side. You will start getting your bump measured in a few weeks and if you are measuring large, they’ll refer you for a growth scan which might give you a better idea. I really wouldn’t worry though, especially at this stage. Measurements seem to be all over the place. My friend was told she would have a big baby and she was only 6lb! And my other friend was told her baby might have dwarfism because her femur length was short, but she was born healthy without any growth issues.

Hollpenguin10 in reply to Kate120

I’m not too sure I did ask what else it could mean but she did just say probably nothing so I suppose I shouldn’t be worrying. I have had my blood sugar checked via the finger prick and it was normal but I will just have to wait and see. That’s good to know I do know they are extra cautious but just some things you get told can be worrying can’t they🙈 as long as he is healthy. I have growth scans due to my low papp-a so I’m sure his growth will be monitored x

Hollpenguin10 in reply to Jonesy84

His head seems bigger to me on measurements but they didn’t mention anything so it must not be anything to worry about😂 thanks for your response, I do need to stop over thinking. I suppose I will see at the 32 week growth scan how his tummy is hopefully everything has averaged out or maybe he will be a bit baby xx

Jonesy84 in reply to Hollpenguin10

I know it’s hard lovely I was the same during my pregnancy. I don’t have diabetes either. I have just double checked as I took pictures of my notes and yes the tummy was definitely big 😂 over the curve and he was fine. I hope these responses have helped ease you nerves. All the best with the rest of your pregnancy and meeting your beautiful baby xx

Don't worry, they are just cautious. A big baby is nothing to worry about but can be an indicator for gestational diabetis, this is why they check more carefully. My baby looked huge in the scans (and I have diabetis in the family), they made me do blood sugar tests between 20 and 34 weeks or so every day and I was advised to eat a low sugar diet and I never developed a gestational diabetis. Baby came out big and is now on the smaller side. You never know. For mine it was also the tummy size - 97th percentile at some point - but then just 2 weeks before birth he stopped growing so fast.

Hollpenguin10 in reply to Tigr

Thanks for you reply, I do feel as though it is just them being extra cautious as I am already high dependency with me not having a thyroid and then again due to the low PAPP-A. I think it just threw me when we were told all ok then later told that by the consultant!

I went to see an obstetrician the other day that sat there talking to me about my pregnancy/thyroid, it wasn’t until we were over 5 minutes in and she said that ‘as you’re now 38 weeks’ (and I wasn’t) that it twigged, she’d been sitting there discussing someone else’s notes with me! As you were told everything was ok at first I’d be inclined to double check the information was yours ?! X

Hollpenguin10 in reply to Klh19

Oh my gosh no way that’s terrible!! I have checked today the print out with his measurements on and it does have my date of birth on and all my correct details so it must be correct I’m assuming? X

I had exactly the same thing with my baby boy and I was also worried. His tummy was measuring on the 98th percentile and everything else seemed more on the 70th/80th.

I had the diabetes test to be sure. It was not that and I was told that, in fact, gestational diabetes babies have bigger shoulders too alongside bigger overall weight. They also measured the fluid pockets around the baby because that’s another sign of diabetes. None of that came back positive, he just had a chubby tummy. He still has actually!

My baby was large but because most of his weight was on the tummy (the squishiest part) my birth was very easy. He was 10lb 5oz and I gave birth at home with no drugs and absolutely no complications. His tummy was big so the scans were right, but he was perfectly fine.

So don’t let them worry you too much just because he has a big tummy. If your baby is going to be big anywhere, then the tummy is the best place in my opinion! Easiest on the birth and gives them good reserves for this difficult first few weeks when they lose a bit of weight and learn to feed.

Good luck and enjoy your lovely baby when here!

That’s reassuring to know! I did ask what it could mean if I didn’t have the diabetes but she didn’t really say much else just that it probably wasn’t anything. It’s just slightly confusing being told he could be early and have a small birth weight to now this but I’m trying to not think too much into it as I don’t want to get myself more worried. Thanks so much for your response that’s really helpful to know, as long as he is healthy that’s all that matters. Thanks so much xx

I would take the measurements with a pinch of salt - they aren't accurate, just a guide. My boy's head and abdomen were around 50th and femur 20th, then 15th on a growth scan, and I was panicking he would have short legs. His legs are quite long and have been since birth 😂 They are just being very cautious, which is much preferable to ignoring things! xx

Hi, thanks for your reply! The measurements do worry you at first don’t they🙈 I’m trying not to worry, my sister told me not to worry as she got told baby was measuring 8lb and he came out 6lb. I’m having growth scans starting 32 weeks due to me having low PAPPA so that relaxes me a little xx

Same thing happened to me, no risk factors for gestational diabetes just a baby measuring big on his tummy and head. I did have gestational diabetes in the end but was monitored closely and had medication to bring my sugars down - was induced at 38 weeks and he was 7lb 11 and perfectly formed! It’s good they are over cautious with these things but it’s hard not to worry xx

Hollpenguin10 in reply to Minnie92

Thanks so much for your reply! It’s reassuring to know others have been through the same. So glad everything was ok with you both! It is great they are being over cautious I think it’s as it’s our first baby I’m over thinking everything xx

Try not to worry about GD as it doesn’t automatically mean you will have a big baby. There doesn’t have to be any underlying risks for this to be picked up and often even the healthiest mums develop it and just control with diet. I wouldn’t go by a finger prick as depending on when it was done in the day only gives a snapshot of your sugar levels at the time, whereas a GTT will take into account how your body metabolises sugars over a controlled period of time. I’m sure everything will be just fine and just try to look at this as your doctor/midwife being over cautious! X

I had the same with both my pregnancies! I do have pcos so was high risk of gestational diabetes so had multiple tests but I never had it! Just grew bigger babies😅! My boys were 8lb7oz and 8lb5oz but I was told they’d be 10lbers so try not to worry too much! The extra scans are nice because you get to see baby more and at least they are keep an eye on you both❤️X

from a 20-week scan? We went for the anomaly scan today (at 19 weeks) and were told that our little...

make it due to work commitments. Sadly it's his loss though as i had a wonderful experience... Our...
•
11 Replies

Hi ladies, I have a question regarding the scans offered through the NHS. I seem to understand that...

sex or not and changing our minds daily, we decided to find out and we have got a little boy!!! am...
•
11 Replies