9 month old SCREAMING at night and no longer sleeping? - NCT

My DD has been sleeping through the night from 6 months until she hit 9 months old.

At the moment she is waking up at about midnight screaming. Cannot console her for a good hour and she’ll stay awake then for a good 3/4 hours - goes back to sleep and then we repeat the process again and it’s breaking me! I’m getting on average 2 hours sleep a night at the moment.

Nothing in the routine has changed. I’ve tried reducing nap times in the day. No naps at all in the day etc and nothing changes the outcome at night.

I called health visitor who said “no idea, you’ve tried everything. Let’s weigh her…” 🤷🏼‍♀️ So I’m waiting for that next week.

She’s not teething. No teeth at all yet. Calpol doesn’t help either. Nor does she want a feed when she wakes

Anyone else had that or any suggestion or when this is likely to change?

Thanks for reading x 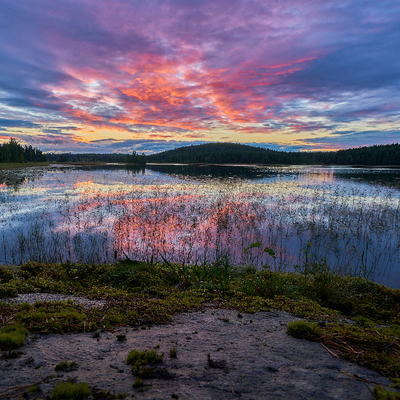 NicoJono
To view profiles and participate in discussions please or .
5 Replies
•

Hello, I could have written the same thing about my little boy - from about 7.5-8.5 months he would wake up at night and just cry / stay up for two hours and then go to sleep. It was horrendous. There is a sleep regression that occurs between 7-10 months related to transitioning to two naps, teething, separation anxiety…basically everything 😩

It was just a phase that we (unfortunately) had to go through but thankfully the last week he has started sleeping through again. So unfortunately no tips but very very normal and you are not alone!

Obviously up to you with the day naps but once he got comfortable in a two nap routine (first one was an hour, second about 90min - this was what works for us anyway) it helped him to not be overtired for bedtime which I think also caused the night wakings.

Thanks so much for your reply!So it lasted about 4 weeks? We have just started week 3! Lol! It one of those, when your in it there doesn’t seem to be a end in sight. Xx

My daughter went through a bad patch around 7-10 months, it’s separation anxiety, teething etc. we would have a bad 3 weeks of it then would be good then bad again, the amount of hours I slept with her laying on me in the rocking chair.

She just wanted to be on us the whole time of a night, as soon as we put her down to bed, we might of managed an hour, but otherwise, I was on the rocking chair with her laying on me.

It is very hard and difficult, but they do grow out of it and it just a stage. My daughter is now 3 and I miss her laying on me asleep

It could be night terrors. They're processing daily events, growing pains, teething, tummy pain z dint give her cheese on evenings

months and is fighting her sleep, both nap times and bed times. Her teeth have come through and I...

two weeks and nothing changed so we stopped. She also wakes up constantly at night. I’m so...

get my 4wk old to sleep during the night, I have a sleep next to me cot. She sleeps amazingly...

old to sleep at nights shes been like this for the last 5months up and down 6 or 7 times a night...

6-8 hour sleep to 1.5 hours at a time. Last night she woke every hour. It's not always for food, but